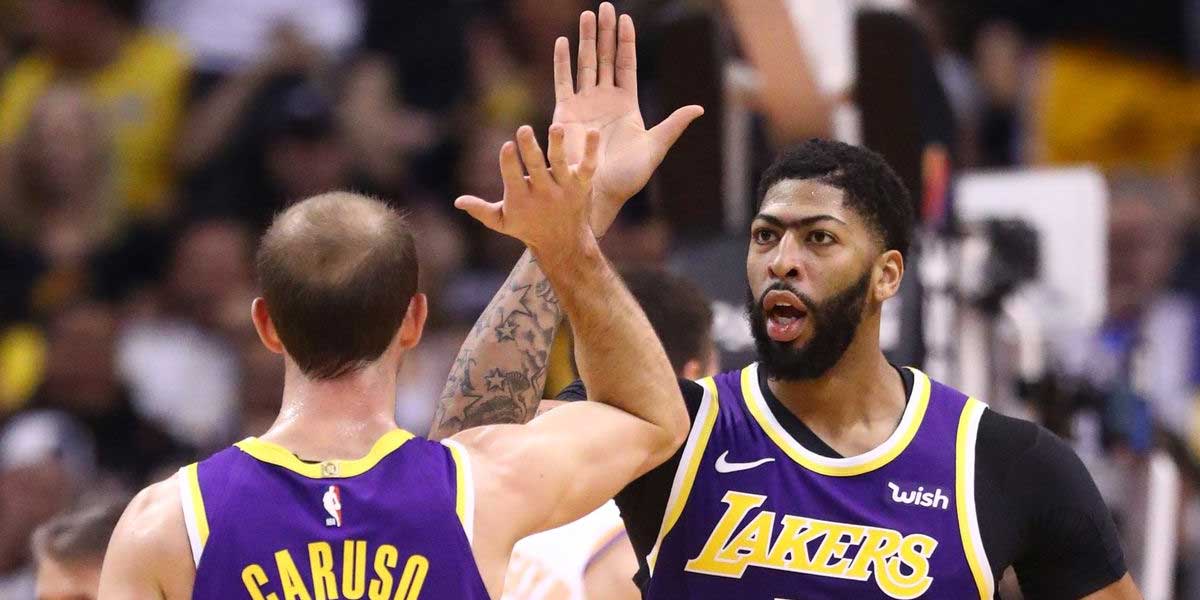 LOS ANGELES – While the future of the 2020 NBA season remains uncertain, no team is more restless lying in wait than the Los Angeles Lakers.

Through 63 games played, the Lakers stand at 49-14, possessing a strong 5.5-game lead in first place of the Western Conference.

The Lakers had finally seemed to put together a winning team that could succeed around superstar LeBron James. Anthony Davis was dominating the interior to the tune of 26+ points per game, and ancillary pieces like Danny Green, Kyle Kuzma, and even Dwight Howard were all fitting together to bring winning back to the Hollywood Purple and Gold.

This success led to the Lakers becoming the odds-on favorites to win the NBA Finals.

Odds to Win the 2020 NBA Championship:

At +210, the Lakers have the shortest odds to win the NBA Finals at online sportsbooks, trailed closely by the surging Milwaukee Bucks at +275, and the Lakers’ in-house neighbor the Los Angeles Clippers at +275.

Commissioner Adam Silver is hosting remote team conferences trying to find a possible solution to bring back basketball in 2020.

In a teleconference with the National Basketball Players Association, Commissioner Silver has told players that resuming the season would have to take place in a single, remote location without fans.

Silver also told the players that ideally, he wants a full seven-game-series playoff schedule, with all rounds being played at this remote location on a quicker-than-usual time schedule. Since all games would be played at the same location, this would eliminate the time needed for travel.

According to Silver, the league would reopen in this format sometime in June, with the teams having a three-week training camp period before finishing out the season.