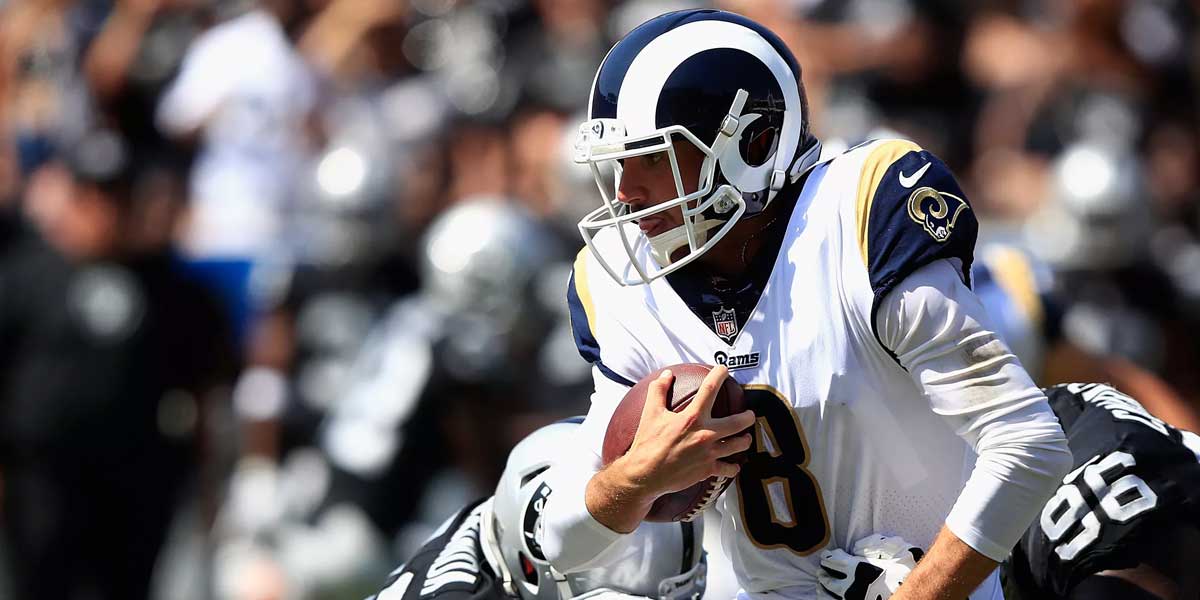 TALLAHASSEE, Fla. – Entering Week 4 as one of the last undefeated teams in the NFL, the reigning Super Bowl runner-ups allowed 55 points at home en route to a historic loss. The Los Angeles Rams now need a wake-up call as they head to Seattle in Week 5.

What Went Wrong In Week 4?

For the Rams, a deeper look at their games so far speaks a different story than their current 3-1 mark would implicate. On the season, the Rams have defeated the Carolina Panthers, New Orleans Saints, and the Cleveland Browns, and were defeated for the first time this week by Tampa Bay. What’s lost between the sauce is how those games were won. In Week 1, the Rams won a shootout in Charlotte over the Panthers by three points. The next week, Los Angeles beat a Brees-less New Orleans Saints team. And finally, in Week 3, the Rams beat out the Cleveland Brown by only a touchdown.

Being 3-0 is obviously great for standing and the record column, but three close games are indicative of a team that is just getting by. That was until the Buccaneers exposed their defense. Double team Aaron Donald and the Rams defensive unit becomes less reliable with areas an offense take advantage of. The Buccaneers held Donald to just four tackles on the day (only one solo) and proceeded to exploit the middle of the field in Wade Phillips' Cover 2 style of defense.

Of course, a single blemish in the schedule won’t be detrimental to their playoff and Super Bowl hopes, but more than anything it looks like the Rams were outcoached and figured out. The game film from the Tampa Bay game will be used by many other coaches on the Rams' schedule so there is work that must be done. And that all starts Thursday night on a short week against division rival, Seattle Seahawks.

The Seahawks (-120) are the opening 1-point favorite at home and look to maintain their title run. The Rams (+100) are 3-11 SU in their last 14 games playing in Seattle, so this won’t be a cakewalk game. The Rams will likely be looking for redemption, and have won the series the last three meetings in recent years. As only slight underdogs at sportsbooks for US players, Los Angeles could take the W and make betting the Rams moneyline more valuable than taking them at -115 on the spread. Regardless, Los Angeles cannot allow what happened last week to happen again when they take the field at 8:20 p.m EST on Thursday.