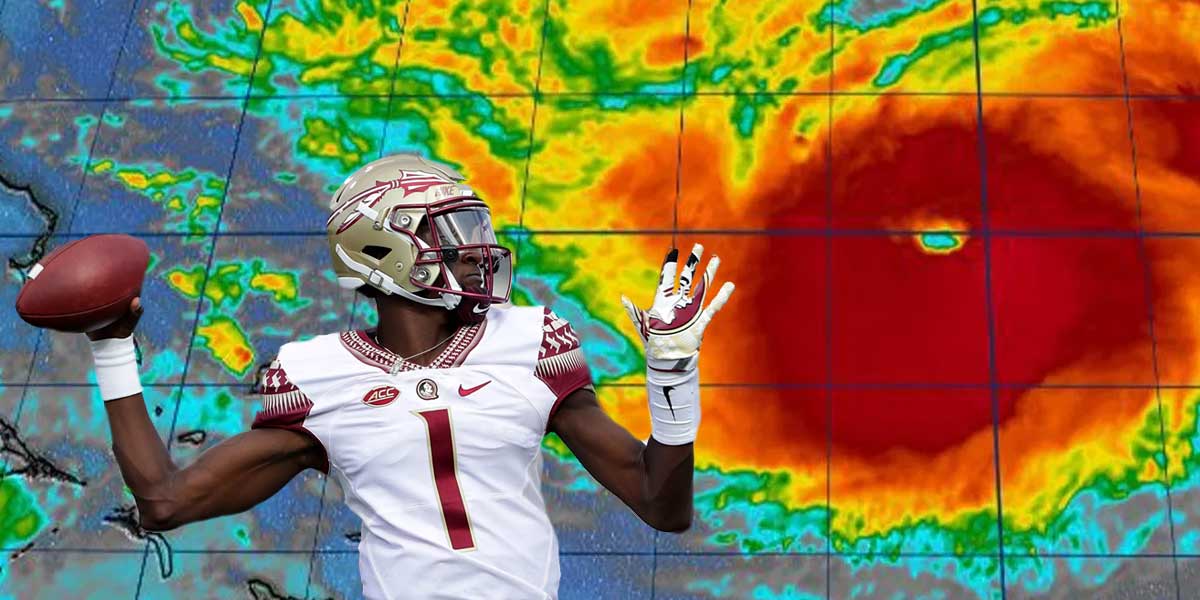 TALLAHASSEE, Fla. – The time has come where the beautiful mixture of sports is upon us and bettors have the ability to create parlays and take action on a handful of sports.

With European soccer leagues a few games into the season, the MLB season coming to a close, college football heating up, and tennis lovers having the US Open to fall back on, there is definitely no shortage of games to lay your money on.

While the NFL is still about a week away from starting, the other sporting leagues are providing bettors with the sports betting action during this week in sports.

Kicking off the Saturday schedule, one of the noon games will feature a battle between the Boise State Broncos and the Florida State Seminoles. This game was originally projected to be played in Jacksonville, but due to Hurricane Dorian, they have moved the site of the game to Tallahassee.

Now a home game for the Seminoles (-6.5), they are holding their line and most of the bettors have seen action fall in favor of the Noles covering that margin. The Broncos (+200) won’t have to adjust too much, as the extra travel requires only a 3-hour bus ride, but they still will fall victim to the home crowd of the Seminoles (-240).

Expect to see a score that is higher than the 53.5 points set the Florida State-Boise State game, as it is one of the lowest of the weekend.

Alabama also plays on Saturday, against the Blue Devils of Duke. The Crimson Tide (-32.5) will begin their quest to make the playoffs (-305) and eventually win the CFB Playoffs (+250). But first, they must focus on the Blue Devils, who are severe underdogs.

Despite Alabama being known for their amazing defense, the total has gone over in seven of Alabama’s last 8 opening games. With 56.5 points to cover, taking the over is a stretch that is not recommended.

One of the night games worth checking on features another team from Alabama, but the game will be played in Arlington, Texas. Here, you will see the Oregon Ducks battle the Auburn Tigers. Both have much to prove after subpar seasons, as neither team reached the 10-win mark.

Oregon (+150) is the underdog here, and Auburn (-170) is the favorite. While some may think taking Oregon (+4) is a good call, keep in mind that the Ducks are 1-4 against the spread in their last games five games against non-conference opponents.

Either wager you take in this game should have hedging opportunities throughout the game, as both teams are expected to hold a lead at some point. Finding the right moment is where the hard part comes in.

Taking place in China, these bouts will take place during the wee hours of the morning. Still, don’t let that deter you from placing your action down before getting a good night’s rest. This is the first visit to Zhenzhen so expect to see a good showing from the athletes.

One of the best opportunities comes from the Da Un Jung vs. Khadis Ibragimov fight. Da Un Jung is 10-2 in his career while Ibragimov is undefeated with eight wins. These light heavyweight fighters have the same reach (78.5”) and weight (205 lbs) but Da Un Jung (+215) does that the slight advantage in height. With eight of his ten wins coming by KO/TKO, there is no surprise that the round over/under is set at 1.5 at sportsbooks in the US.

Still, seeing a first-round knockout is hard to come by, no matter how much they are glorified in the media forever. In fact, in his last seven matches, only two of them ended in the first round.

The over seems like the clear choice, as Ibragimov (-255) is known for his submission work. Avoiding hits will be crucial for this fighter, as he looks to take his victory past the first round. Either side you take in regard to the winner, the belief is that this is a second or third round ending is rather strong.

Another bout set to take off a few moments after is between Derrick Krantz and Song Kenan. Krantz (-115) has quite the history to his name. At 31 years old, he has won 23 matches while losing eleven, but nearly half of wins have come from either KO/TKO or submissions. It’s quite rare to see his fights come down to a decision.

This type of fighting style is perfect for his opponent Song Kenan (-105) who is 14-4 in his career. In the same fashion, “The Assassin” has only let 4 matches end in a decision, having been knocked out only once and taking his opponent out by KO/TKO or submission in 13 fights. This 1.5 round over/under is more likely to see the under come true, as all it takes is one hit from these athletes.

If Kenan can land a few punches a first-round victory may be in the books, as he went on an eight-fight streak of first-round knockouts, with the exception of one second-round TKO. If Krantz can control the fight though, expect to see it last into the second.

Plenty of tennis matches will be played on Saturday, as the first week of the US Open comes to a close. Two heavy hitters will battle it out on the concrete though in Marin Čilić and John Isner. These two competitors are no stranger to each other as they have met 11 previous times, with Čilić winning eight of them.

Still, past performances should have no impact on this match, as either player can find ways to win. Isner (+105) is all about his service games and anytime he can bring Čilić to a tiebreaker, he has a great opportunity to win the set.

For Čilić – the 2014 US Open winner – all it will take is a few break points to see the next round opponent. Čilić (-125) is the favorite but with an American crowd supporting Isner, this one could definitely go either way.

Though there is expected to be a tiebreaker or two in this match, the over/under at 46 still seems high. Hitting the under here is possible even if three tiebreakers occur… and getting a push is also possible a fourth set is played and one of the players wins it 6-4.

Both of their meetings in Grand Slam events have gone to five sets, so the numbers may be worrisome. But with the duo swapping the previous four victories, it is easier to take the under than to take a winner in this situation.

Moving forward, 15-year old Coco Gauff is also playing on Saturday. The American has gained massive support in the recent months over her entrance into the French Open and more recently, her victory over Venus Williams.

She will have a tough battle ahead though, as former World Number 1 Naomi Osaka is looking to gain back some WTA points in the standings. Gauff (+265) is a fairly decent dog here, and laying the money on Osaka (-315) doesn’t seem worth it. Gauff, though, comes in with a game spread (+4.5, -105) that is much more manageable.

Smart bettors would take Gauff with the game spread, or possibly even the over on the 20 games set for the match. But either way, risking the -315 on Osaka doesn’t seem to be worth it.