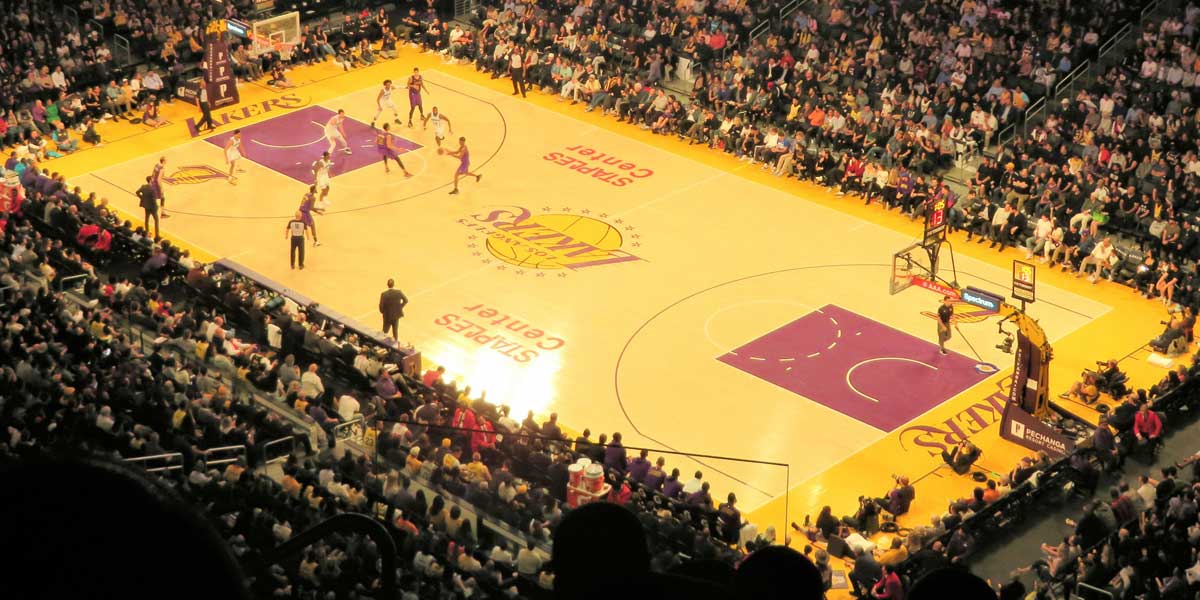 LOS ANGELES – During the NBA Finals, the odds were released for the 2020 NBA Finals. To nobody’s surprise, the Golden State Warriors opened as favorites on Bovada (+200).

However, two major, near-season-long injuries happened to All-Stars Kevin Durant and Klay Thompson and the odds became a little more even.

Flash forward a week and the Los Angeles Lakers are now favored on Bovada (+250) to win the 2020 NBA Finals. Before the Warriors’ injuries, the Lakers were +2000 on Bovada to take the crown. In short, sports bettors may have missed out on the opportunity to decuple their winnings in the matter of a week’s time.

This major line movement has somewhat to do with the injuries but more so with the addition of Anthony Davis to the Lakers in trade deal worked out with the New Orleans Pelicans.

Davis brings an excellent skill set to compliment Lebron James. Also, parting ways with Lonzo Ball, Brandon Ingram, Josh Hart, and a handful of 1st round picks, will be more than manageable under the coaching mindset of Frank Vogel.

The Lakers are now the clear favorite above the rest at US online sportsbooks, as the next closest team, the Milwaukee Bucks, sit at +550 on Bovada.

Both teams attempted to make a deal work before the closing moments of the NBA trade deadline in February; however, the teams’ executives were able to finalize the arrangements leading up to Thursday’s NBA Draft.

This deal works fantastic for the Pelicans as well, who now own the 4th overall pick from the Lakers. That asset becomes a piece to build off of with Zion Williamson (likely) being drafted at the 1st overall spot.

Oddsmakers have moved the Pelicans’ odds to win the 2020 NBA Finals from +5000 to +9000, clearly showing that New Orleans’ plan is much better in the long-term than anything.

As it stands, the Lakers have six players on their current roster – three of which (AD, LBJ, and Kyle Kuzma) are projected to start but rumors suggest that Kemba Walker will fill that point guard position for the team.

Other less likely situations include Jimmy Butler or Khris Middleton joining the duo or even having Kyrie Irving take his talents to LA. Either way, the Lakers still have much to do to their roster before the 2019-2020 NBA season begins – all without a President of Basketball Operations to run the show.