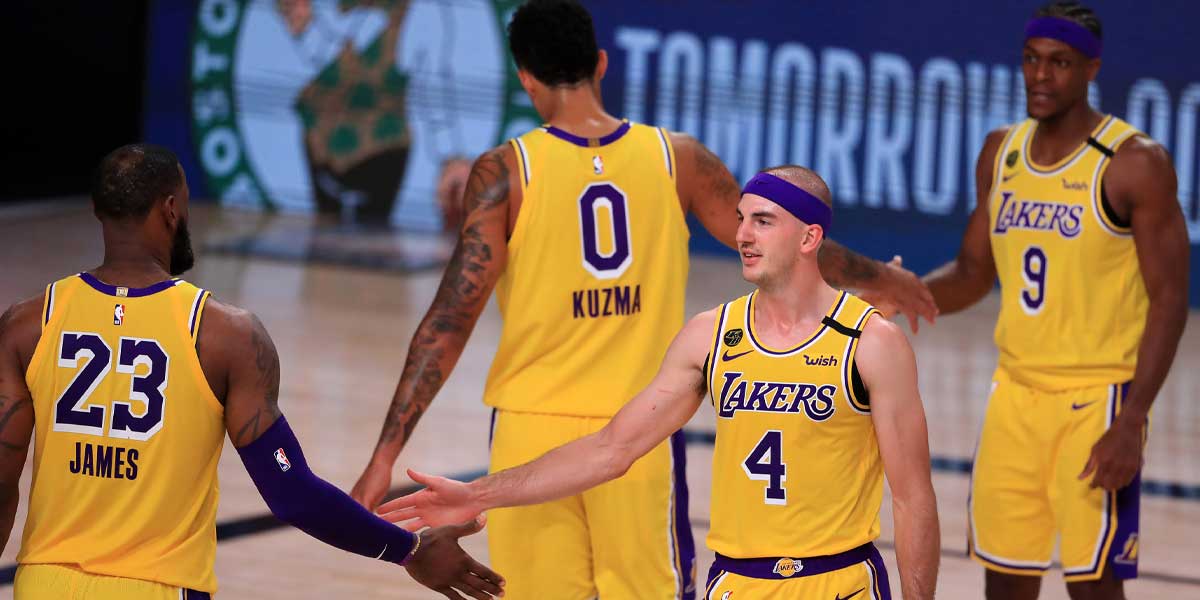 ORLANDO, Fla. – As the NBA Playoffs head fully into the Conference Finals, there has been major movement on the NBA Championship odds board.

With just four teams remaining, online sportsbooks have the Los Angeles Lakers as the heavy favorites to win the NBA Championship.

The Lakers are the favorites for a reason as they are the top teams out of the ones remaining based on their record. They also have countless amounts of playoff and championship experience on this team.

LeBron James himself has been to the NBA Finals nine times which is certainly nothing to shy away from.

They also have a championship-caliber point guard in Rajon Rondo who was a crucial part of the Celtics Championship run. There are also other key players with playoff experience as well such as Dwight Howard, Danny Green, Jared Dudley and Anthony Davis.

The Lakers have also been on a hot streak in these playoffs as they have won both the first and second round at 4-1. As long as they can continue playing their style of basketball, it should be smooth sailing for them.

The Miami Heat have taken the NBA by absolute storm as no one expected them to be in the position that they are right now and their NBA odds reflect that.

They are one of the hottest teams in the playoffs right now as they have only lost one game thus far. The Heat swept the Indiana Pacers in the first round and went 4-1 against the best team in the regular season, the Milwaukee Bucks.

The Heat are the real deal and should be treated like that.

They have proven that they can beat anyone in the league and that they do not plan on slowing down anytime soon as they sit 1-0 over the Celtics in the Eastern Conference Finals.

Their odds can definitely be taken seriously and they would offer a great payout to anyone willing to take the chance.

The Celtics have been nothing short of spectacular in these playoffs as they took down the 76ers in the first round and defeated the defending champions, the Toronto Raptors in seven games in the second round.

Also, Jayson Tatum has really proven to be a leader for this Celtics team and has done a great job of doing so.

However, Boston is currently in a 0-1 hole after losing to the Miami Heat in Game 1. The Celtics have a lot on their plate here in the second round and it showed during the first game that the Heat are going to be their biggest test in these playoffs.

Those looking to make a risky bet for a high reward can do so on the Celtics.

Before counting out the Denver Nuggets, NBA bettors should take into consideration just how good this Nuggets team is. They have had a historic playoff run thus far and are not done yet.

They have won back to back series after being down 3-1 and they have proven just how good they are as well as their ability to beat anyone.

They have been led by not just Nikola Jokic who is a triple-double threat whenever he takes the floor but also by Jamal Murray.

Murray has turned on the jets during these playoffs, averaging 31.6 ppg in the first round and 22.6 in the second round. As long as they can keep up their impressive play, they can surely give the Lakers a scare and offer a huge payout while doing so.