Skip to content
USA Online Sportsbooks | Sports Betting | Lakers Vs. Warriors Odds: How The Tables Have Turned In 2020 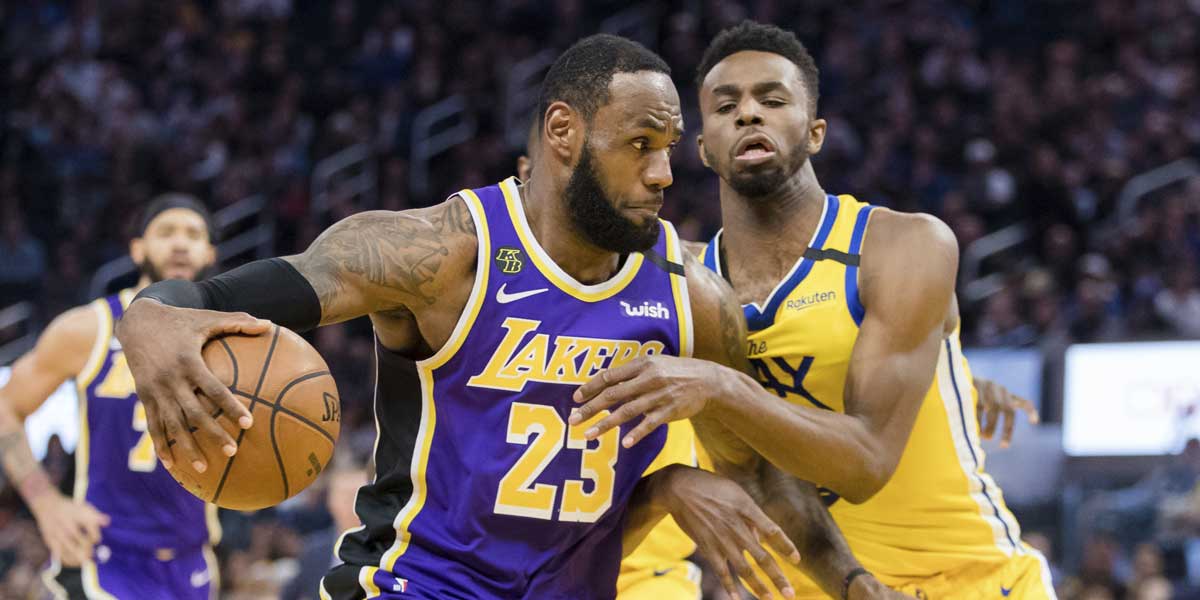 SAN FRANCISCO — Oh how the tables have turned. The 1st place Los Angeles Lakers (44-12) are traveling to take on the 15th place Golden State Warriors (12-46). Things have changed drastically since last year for both of these teams as the Warriors were in first place and in the NBA Finals while the Lakers were not even in the playoffs.

Fastrack to today, when the Warriors are even mentioned in the same sentence as NBA Finals, fans start to laugh while the Lakers are looking more and more poised to make them every day. Those betting on the NBA can see why that’s the case simply by looking at the odds for this game.

The Warriors are in the midst of what could be their worst season in the history of the franchise. It is in no way, shape or form anyone’s fault but injuries and slightly Kevin Durant’s departure. Injuries have haunted the Warriors all season and the end of last season.

Dating back to the 2019 NBA Finals, it all started when Klay Thompson tore his ACL and was later on ruled out for the season. Move ahead to this season and Stephen Curry broke his hand after just four games into the season.

Fans should have no fear at all as when this team is healthy, as they are one of the better teams in the league.

Many fans forget but before the arrival of Durant, the Warriors went 73-9 to own the best record in NBA history. During this period in time, the Warriors are simply preparing for next season as they are scouting who is playing well enough on their current roster and can complement the Splash Brothers.

Players like rookie Jordan Poole , Marquese Chriss, and Eric Paschall have been holding down the fort until their franchise duo returns.

There is no doubt that if he continues to blossom at just 22 years old that he will be on this team next year. The 2019 second-round pick, Eric Paschall has also been proving to be a very consistent player averaging 13.2 ppg and 4.7 rpg.

One thing that is for sure about this roster is that Draymond Green cannot lead this team. The “all-star” forward puts up mediocre stats of 9 points,7 rebounds, and 5 assists. Yes, he is helping out across the stat sheet but all he will ever be to this team is a role player.

The one positive thing that will be coming out of this season is the Warriors draft pick. Being that they have the absolute worst record in the league, they will certainly be a lottery pick and maybe even get the first overall pick.

They can do either one of two things with that pick. They could use it as trade bait and keep their team at a contending level or they can use it on a highly talented draft pick.

One thing that NBA fans around the world should know about this Lakers team is that they are a heavy favorite to win the NBA Championship for a reason. The duo of LeBron James and Anthony Davis has proven time and time again that they are unstoppable.

Their bench play has been spectacular as Dwight Howard's return to LA has been great as he is averaging 7.7 points and 7.7 rebounds. Despite the trade rumors early on in the season, Kyle Kuzma has been playing a solid role for this team as well.

Rajon Rondo is the leading point guard off the bench and has been playing great averaging 7.4 points and 5.3 assists. Not to mention but this team just signed Markieff Morris from the buyout market.

All around this team is playing at a very high level. They are second on the odds list to win the championship at +275 behind only the Milwaukee Bucks.

That said, hammering their odds on Thursday against the Warriors may be a smart move despite the lopsided return on those odds.