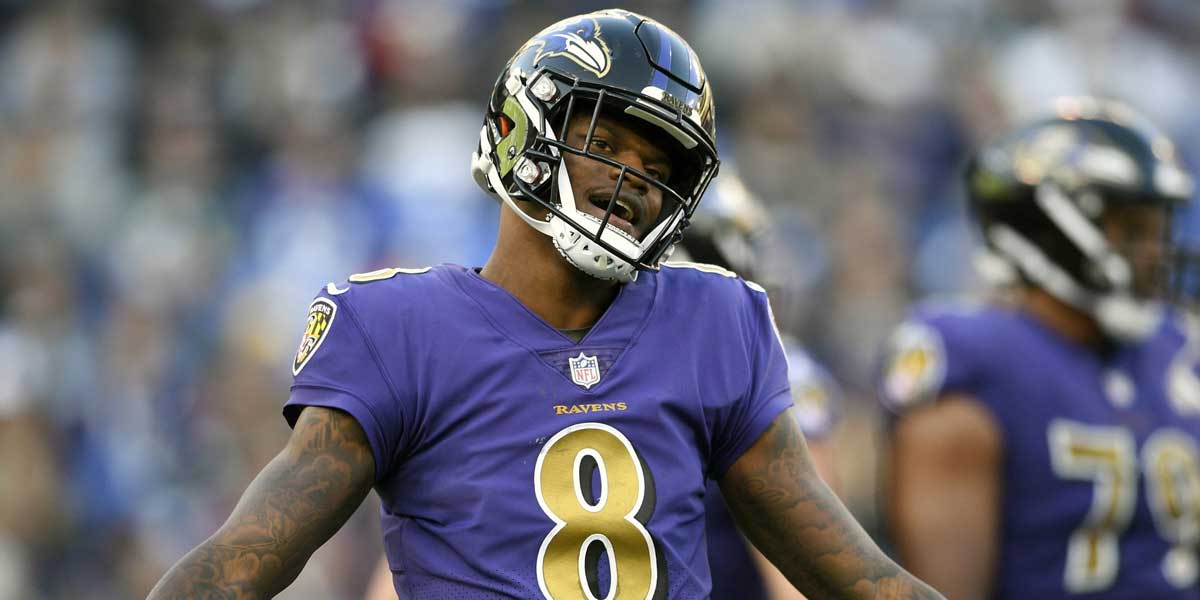 BALTIMORE – The Baltimore Ravens are finding great success this year behind the running abilities of their quarterback Lamar Jackson.

On Sunday, Jackson helped the Ravens secure their fourth victory of the season in a win at home against the Cincinnati Bengals. Though a win was expected, the rushing attack (of this volume) from Jackson was not.

Jackson finished the game with 152 yards on the ground, making him the first player with 200+ passing yards and 150+ rushing yards in the same regular-season game. Jackson was so impressive that he even recorded over 100 rushing yards in the first half alone. This accomplishment also makes Jackson the third quarterback with this accolade since 1991.

Despite only having started 13 games in his young NFL career, Jackson is now only one 100-yard rushing game away from tying Russell Wilson for the second-most games as a quarterback with 100+ yards. Michael Vick is well ahead of both Jackson (3) and Wilson (4) with 10 such games.

Jackson is also on pace to break Vick’s record set in 2006 for quarterback rushing yards in a season. Currently set at 1,039 yards, Jackson is slated to finish the year with 1,225 rushing yards, so he has some leeway should his 76.7-rushing yard average per game falls.

"Setting records and things like that, yeah, that's not really what you think about now," said John Harbaugh, the Ravens’ head coach. "But someday it will mean something to him."

As far as Jackson’s success aside from his rushing accomplishments, he has also put himself in the (deep) running for the NFL MVP. Before the betting lines removed, Jackson was +3300 to win the MVP, but this number will likely drop after his record-breaking performance.

Regarding his Ravens, Baltimore is the comfortable favorite to win the AFC North. With odds of -250, only the Cleveland Browns and Pittsburgh Steelers are within striking distance, who are both in the +400 - +500 range.

The Ravens also have the opportunity to win the AFC, though the battle past the New England Patriots and Kansas City Chiefs will prove to be a tough one. At +900, the Ravens are only behind the Pats (EVEN) and the Chiefs (+350) to win the conference.

Before any of these futures bets can be graded though, the Ravens will have to travel across the country to take on the Seattle Seahawks first. At USA online sportsbooks the Seahawks (-4) are the favorite according to the opening betting lines for NFL Week 7, but bettors can find options on the Ravens’ moneyline (+170) away from the spread.

Teams tend to not run against the Seahawks, as they only give up 19.7 rushing attempts per game. Still, that won’t stop Jackson from doing whatever it takes on the ground as well as in the air to help the Ravens continue forward.