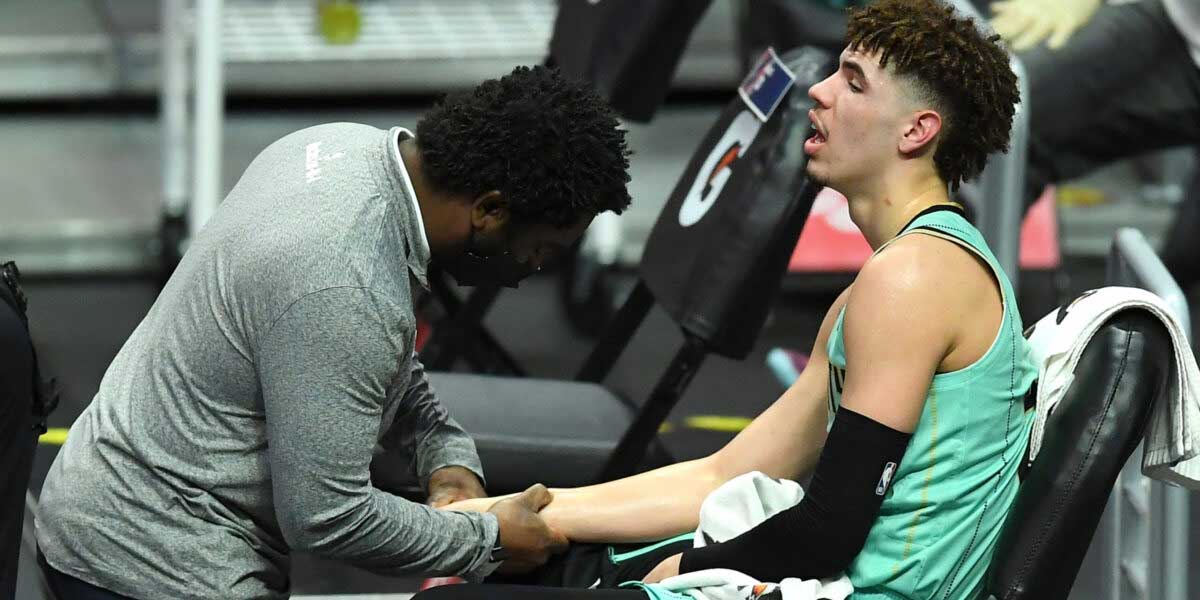 CHARLOTTE – The NBA Rookie of the Year (ROTY) award has just become thrown in a whack after heavy favorite LaMelo Ball off the Charlotte Hornets suffers a potentially season-ending injury.

Now the odds have shifted, with those betting on the NBA placing heavy action on Minnesota Timberwolves guard Anthony Edwards.

Tyrese Haliburton of the Sacramento Kings, Immanuel Quickley of the New York Knicks, and James Wiseman of the Golden State Warriors are also in the mix a USA online sportsbooks following Ball’s injury.

Charlotte guard LaMelo Ball -- rookie of the year frontrunner -- is expected to miss the rest of the season with a fracture to his right wrist, source tells ESPN. He's seeking a second opinion to confirm the diagnosis.

LaMelo’s injury came following a spill after being fouled on a potential layup. This resulted in a  fracture in his right wrist that is expected to sideline him for the remainder of the season.

Now, Edwards has managed to overtake Ball as the new favorite at online sportsbooks to take the coveted award.

He recently showed out for 42 points against the Phoenix Suns, becoming the third-youngest player to score 40 in an NBA game. He has also dazzled fans and potential voters with his strong athleticism for major highlights on the season.

Longshot betting fans should be looking to place action on the longshot odds for Tyrese Haliburton, however, as the young Kings guard has one main thing over Edwards, and that’s efficiency.

The lack of efficiency could sway voters away from Edwards, particularly if he continues to have games like his 12 points on 3/11 shooting night against the New York Knicks.

Sports betting fans may want to lean in on the longshot odds on Haliburton as the rookie has also had his share of big scoring nights and has remained consistent throughout the season while Edwards has been streaky.

Another interesting wager sports betting fans could make is to take LaMelo Ball to win, even with his injuries.

Ball was the clear front runner for ROTY. After earning his starting spot in Charlotte on February 1, the young PG averaged 19.5 points, 5.8 rebounds, 6.2 assists and 1.7 steals all while shooting 46% from the field and 42% from the three-point line.

At the all-star break, Ball lead all rookies in total points, rebounds, and assists, becoming only the sixth player in NBA history to achieve that feat.

LaMelo Ball is the only #NBA player in the last 60 seasons to lead all rookies in total points, rebounds, assists and steals at the All-Star break. #NBATwitter #AllFly

It is possible that Ball’s play early on in the season is just too impressive for voters to vote against, leaving him with the ROTY award despite having so much more season to go.