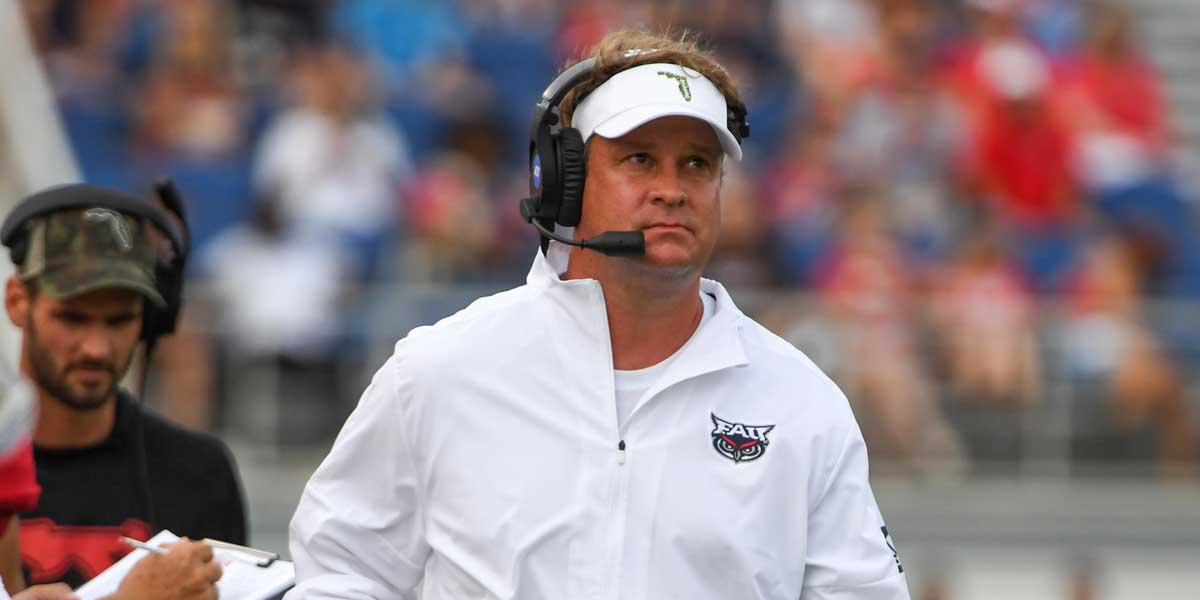 OXFORD, Miss. – It didn’t take long for the Ole Miss Rebels to find a new head coach after they fired Matt Luke who had a 15-21 record in three seasons, including leading the Rebels to a 4-8 finish this year.

Like Ole Miss, Luke has already rebounded and has been named the new offensive line coach for the Georgia Bulldogs.

The Rebels will turn to former Florida Atlantic University head coach Lane Kiffin to get the program back on track in a competitive SEC Conference.

CBS Sportsline listed Kiffen with +400 betting odds to become the head coach of Ole Miss, second to only Billy Napier who had the shortest odds at +250.

Who will be the next football coach at Ole Miss?

Kiffin will make his return to the conference for the first time since being fired as Alabama’s offensive coordinator three years ago. Kiffin has a 61-34 record as a head coach and also has a 1-2 record in bowl games.

Kiffin could be exactly what the Rebels need in a head coach. He’s someone who has coached at the NFL level and has proven he can be an above-average recruiter. Being back in the SEC means Kiffin will have an annual chance to beat his former boss Nick Saban and the Alabama Crimson Tide.

Going into next season the Rebels will no longer be in the basement of the SEC as bringing Kiffin in as the head coach should instantly make the team better. Kiffin will be tasked with bringing the Ole Miss fans their first winning season since 2015 and it won’t be easy for him in arguably the toughest conference in college football.

The current Ole Miss roster lacks talent and that is where Kiffin’s recruiting prowess will become paramount. Kiffin instantly puts Ole Miss on the map for many recruits who probably would’ve overlooked the school before his hiring.

If Kiffin’s first recruiting class can crack the Top 20, betting on the Rebels at US sportsbooks during the 2020 season might be one way to earn more bankroll because they will have a better chance of upsetting teams next year.

This will be Kiffin’s fifth head coaching job. Although he has a history of leaving schools early Ole Miss and Lane Kiffin are the perfect storm for each other. Ole Miss desperately needs an enigmatic head coach that isn’t afraid of the other heavyweights in the SEC.

Lane Kiffin needs a football program that he can build from the ground up and a fan base that will fully embrace him as a coach. If Kiffin does what he did at FAU in Mississippi, it won’t be long before bettors start to put action on the Rebels to reach a bowl game and beyond.