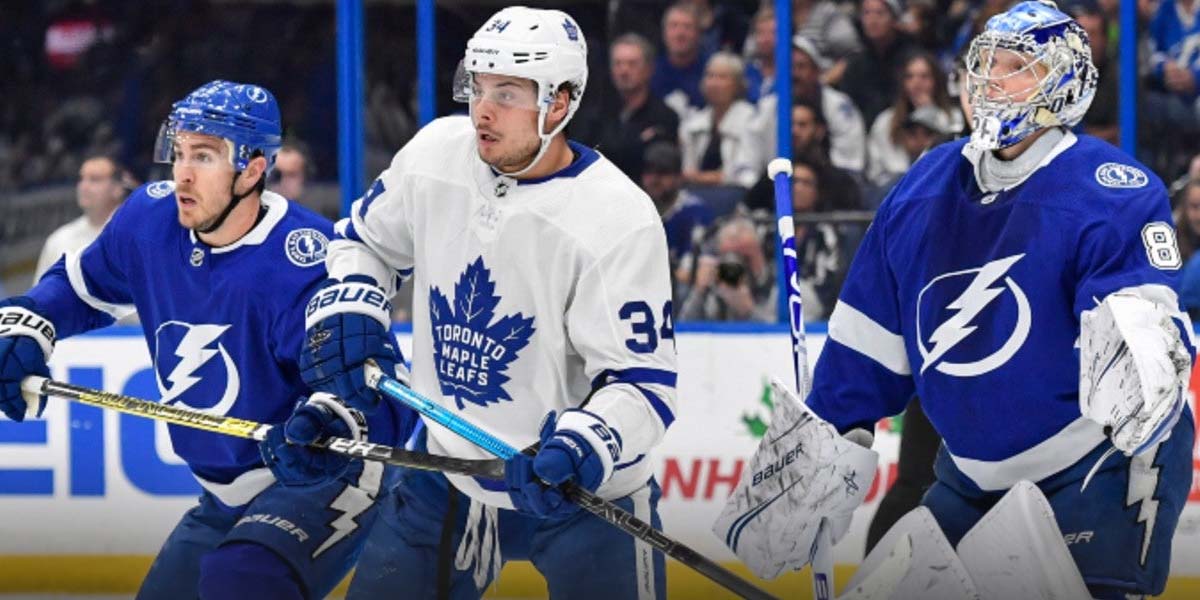 TAMPA, Fla. – The defending champions of the NHL, the Tampa Bay Lightning, have their backs against the wall in a pivotal Game 6 against the Toronto Maple Leafs.

The Leafs took Game 5 in an exciting 4-3 victory that saw them become the favorites to win the series over the back-to-back champs.

The Leafs have a real shot to close the series out in either of the next two games, but they’re unlikely to be favored by the online sportsbooks in either of them against the Lightning.

The Lightning are -125 favorites over the Leafs in Game 6, and they’re 6-2 in their last eight playoff games when they are favored.

The Lightning will be playing at home in Game 6, and that does seem to have entered the equation for the online sportsbooks, as they are just barely favorites.

One might think that the sportsbooks believe that the Lightning will be favored if they win Game 6, but this does not seem to be true.

In fact, the sportsbooks seem to believe that the most likely outcome is the Maple Leafs winning this game, and therefore winning the series 4-2.

It should be noted that anyone wanting to wager on that should instead just wager on the Toronto moneyline in Game 6, which is set at +105, slightly more profitable than these +100 wagers.

If this series goes seven games, the NHL oddsmakers still seem to favor the Leafs – they have shorter odds to win 4-3 than the Lightning do.

The O/U for Game 6 is a whopping 6.5 goals, with odds shading towards the Over. Only one game in this series has gone under 6.5 goals, and that was Game 1.

During the regular season, these teams played four times, and they scored more than 6.5 goals in three of those four games.

These teams score goals, and a 4-0 over streak is could continue as they prepare to face off in Game 6.

Game 6 between the Toronto Maple Leafs and the Tampa Bay Lightning takes place at 7:30 p.m. ET on Thursday.