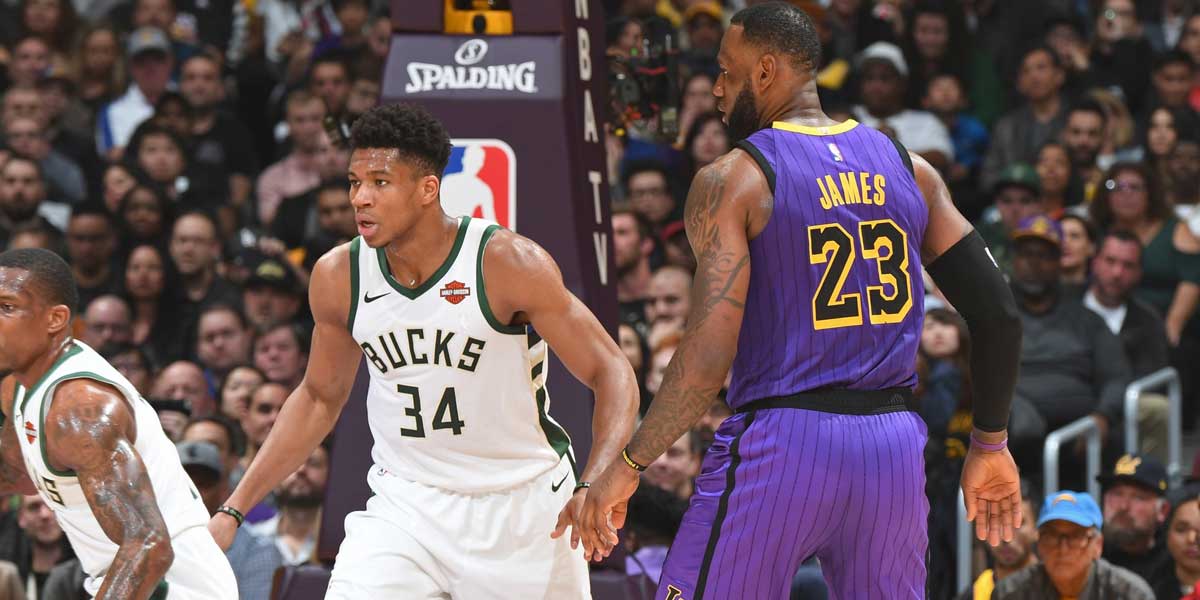 LOS ANGELES – Tonight’s matchup between the Los Angeles Lakers and the Milwaukee Bucks is one of the premier matchups that many bettors are excited to see. Games that are potential NBA Finals matchups are always nationally televised and on during the holiday season.

Even with both teams leading their conferences, the Bucks (-200) are the favorites over the Lakers (+175). US Sportsbooks offer plenty of betting action on the NBA, but this game may be the one everyone is tuned in on.

The NBA MVP Giannis Antetokounmpo continues to take the league by storm. With his play, general manager Jon Horst understood that he needed to build his team around Antetokounmpo to compete for a championship. Leading the team in points per game and rebounds per game, Antetokounmpo is primed and ready to give Horst what the entire organization has their minds set on.

His dominance has opened the floor up for other players to get involved. Guards Khris Middleton and Eric Bledsoe are among those who the Lakers need to watch out for besides Antetokounmpo.

With so many options on this team, the Bucks are sitting at 24-4 averaging 121 points per game.

Leading the league in scoring is partly because they are grabbing the most rebounds out of every team in the NBA. Adding sharpshooter Kyle Korver to the mix only made this team more dangerous.

With the addition of Anthony Davis this offseason, the Lakers are moving in the right direction to get back to competing for championships.

In addition to Davis, Danny Green is yet another weapon to help out Lebron James.

Even with Davis having an MVP-like season leading the Lakers in most of the categories, James is still looking dominant, averaging 25 points and 10 assists per game.

Betting The Bucks And Lakers Over-Under

With both teams defensive-minded, look for this game to be low scoring. Although some scorers can take over a game at any moment, both teams have the defense that can slow down any offense.

As the over/under is set at 226 points, taking the under would be wise for bettors. With James and Antetokounmpo on the court at the same time, look for this game to be slow-paced and full of many fouls.