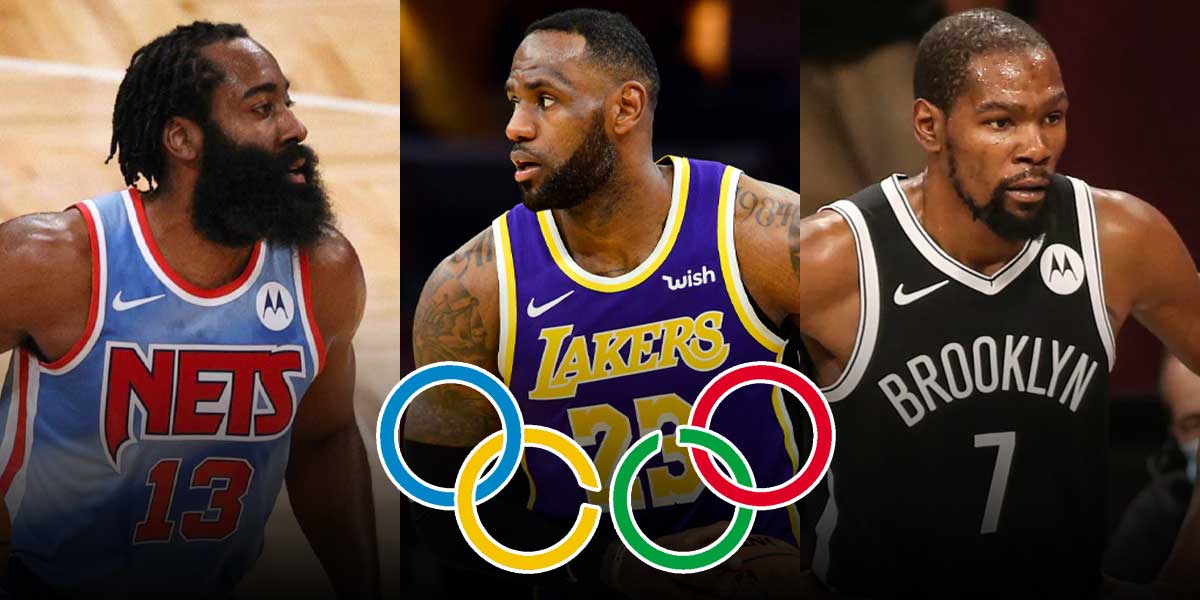 LAS VEGAS – Three of the best players the world has to offer are all favored to play in the Olympics for Team USA in LeBron James, Kevin Durant and James Harden. Of these three, the odds suggest Harden is the most likely to participate in the Olympics while LeBron is the least likely.

Betting on LeBron James to play in the Olympics may not be the best play. James has had some injury issues this year, had the shortest offseason of his career and claims he may never be 100% healthy again.

Online sportsbooks list James’ odds to play at -180 and not to play at +140. It seems that a lot of factors point towards James deciding to opt out, however it is likely his last chance to compete in the Olympics which could drive him to participate.

Will LeBron James Play At The Olympics Betting Odds

Kevin Durant has had his fair share of injuries as well, but has played extremely well this season when on the court. Durant, if healthy, should find himself representing Team USA. With that said, nothing is guaranteed and an injury could keep him out or he could decide to rest up.

Durant played in the Olympics in both 2012 and 2016 and won gold medals in both.

Will Kevin Durant Play At The Olympics Betting Odds

Of these three players, NBA betting sites project James Harden to be the most likely to participate in the Olympics. Harden competed in the 2012 Olympics but skipped out in 2016. He’s had some injury issues as well, but it’s been more minor issues.

It would be hard to imagine Harden skips back-to-back Olympics, but definitely not unfathomable.

Will James Harden Play At The Olympics Betting Odds