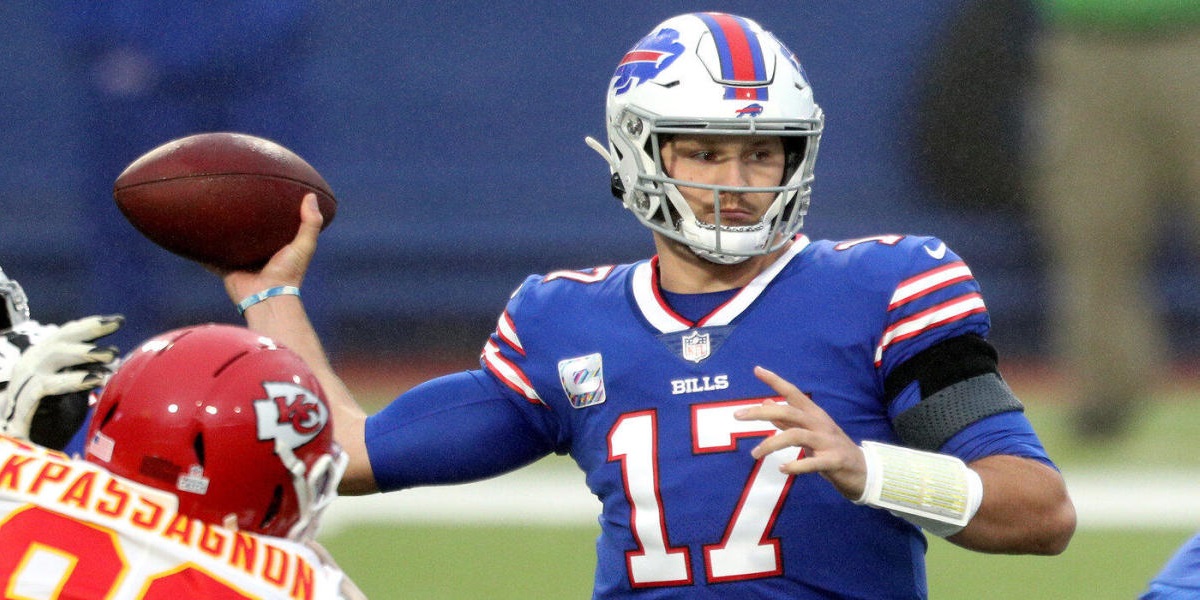 LAS VEGAS - The Buffalo Bills are set to take on the Kansas City Chiefs in the AFC Championship game, and the stakes have never been higher.

The Chiefs won this matchup in the regular season, playing on Buffalo’s home turf, and now are set to welcome the second seed in the AFC to Arrowhead Stadium.

There are a ton of high level players involved in this matchup, which has the effect of making the props on anytime TD scoring quite intriguing.

Let’s take a look at the major players looking at finding the best lines between two online sportsbooks - Bovada and FanDuel.

The Chiefs receivers are a dangerous group (for the purposes of this analysis, we’re counting Travis Kelce as a receiver).

Travis Kelce and Tyreek Hill, the predominant targets on the team, are more favored than not to score a touchdown, while the profitable lines seem to be on Sammy Watkins and Mecole Hardman.

Hardman and Watkins are battling for being the third option on the team in the pass game, with Hardman racking up 62 targets and Watkins putting up 55 despite missing several games.

Watkins’ +250 odds at Bovada are quite interesting, as he is a prime target when healthy, but is questionable to play this week.

The Chiefs rushing game seems to be split between Clyde Edwards-Helaire and Darrel Williams, at least as the sportsbooks see it.

Intriguingly, Bovada sees Edwards-Helaire as more of a threat to score a touchdown, while FanDuel seems to regard them as equal participants in the game at all times.

Edwards-Helaire was listed as questionable on the Friday injury report for the Chiefs.

Patrick Mahomes is not known for his feet, but he can score with them, as he did in the Chiefs’ matchup against the Cleveland Browns.

However, per Ian Rapaport, Mahomes is dealing with serious Turf Toe, and might not be as quick on his feet as he is normally.

The Bills receiving corps is dominated by Stefon Diggs, who is an odds on favorite to score a touchdown during the game.

This should come as no surprise to anyone, as Diggs leads the postseason in receiving yards (234) as well as TD’s (2).

However, during the season, Diggs was a bit hit or miss in terms of actually finding the end zone, scoring only eight touchdowns despite leading the league in yards.

He might be a bit less of a lock to score this game than many consider him to be, but he is the only truly elite receiver on the team.

Wide receiver Gabriel Davis was a limited participant in practice, and this, combined with the way the Chiefs will likely look to defend the Bills (multiple safeties deep to prevent the deep crossing routes) could lead to a big day for Cole Beasley.

The Bills have four receivers with a target share over .10 - Gabriel Davis, Stefon Diggs, John Brown and Beasley.

Of those four, Beasley has the lowest average depth of target at 8.0 yards. What this means is that in short yardage situations - which there could be a lot of in this game - Beasley is the guy for the Bills.

The Bills run game has been fairly bad all year, and Singletary only notched four touchdowns for the entire season - two rushing and two receiving.

Josh Allen, meanwhile, logged eight rushing touchdowns, and could reasonably be considered a top tier option in the red zone.

With two high powered offenses on the field, the opportunities are rife for NFL betting fans to take advantage of some excellent Anytime TD props.