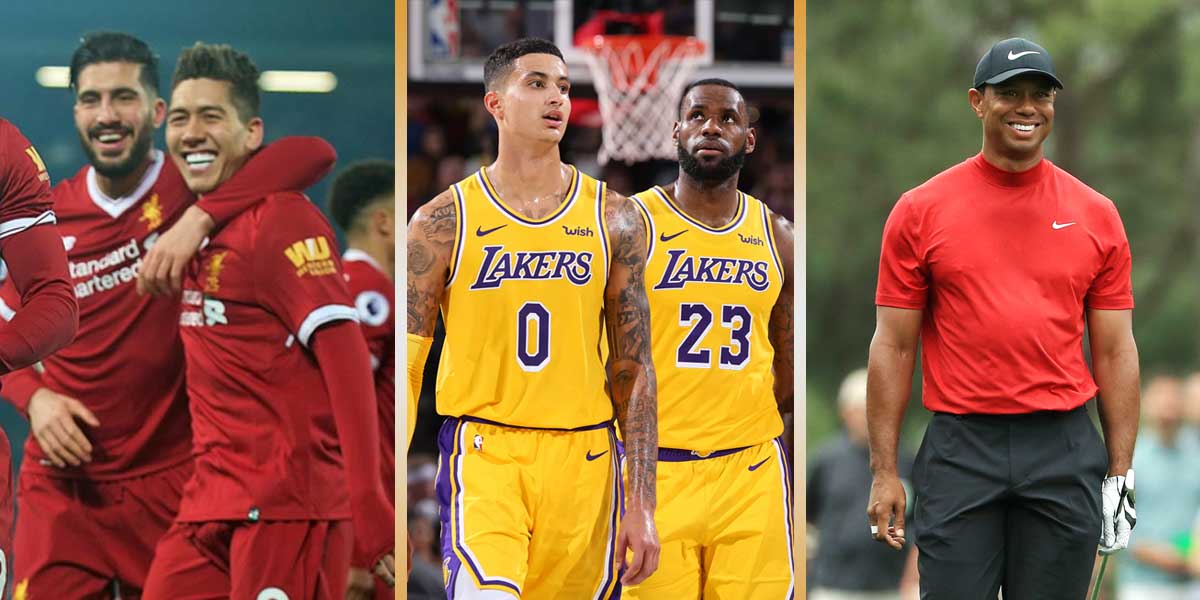 LOS ANGELES – Cross sport parlays are some of the best longshot wagers to hit on in all of sports betting. The sportsbook Bovada has released some cross-sport prop bets that range from the sports of golf, NBA, tennis, the UEFA Champions League, and even who will win the 2020 US Presidential Election. 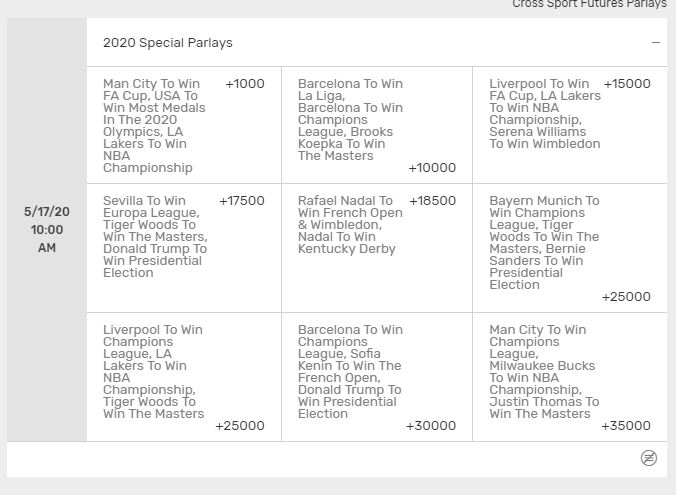 There are quite a few props to consider but the one this article will focus on is the Liverpool Reds to Win Champions League, Los Angeles Lakers to Win NBA Championship, and Tiger Woods to win the Masters at +25000 odds.

It’s been a good season thus far for the Liverpool F.C. and Los Angeles Lakers as they both find themselves in first place of their respective leagues.

Liverpool sits in the first place of the Premier League with a 24-1-0 record. While the Lakers are enjoying first place in the Western Conference with a 38-11 record. Each team has dominated their leagues which is why this prop is so intriguing.

The Lakers have been a different team since the arrival of All-Star Center/Power Forward Anthony Davis as he’s been the defensive anchor for the team this year. In his first year with the Lake Show, Davis is averaging 26.4 points, 9.1 rebounds 3.3 assists along with 2.4 blocks per game.

Davis will not only be in the MVP discussion this year but also in the Defense Player of the Year conversation as well. USA sportsbooks list the Lakers as having the shortest odds to win the NBA Championship this year at +200. The Lakers are back at the top of the NBA which should make their part of this parlay a comfortable play for bettors.

Liverpool will play in the Round of 16 in UEFA Champions League against the Spanish soccer club Atletico Madrid on February 18, as they look to get one step closer to bringing the club its seventh Champions League title.

The biggest wild card in this prop is whether Tiger Woods will win the 2020 Masters Tournament. Those betting on the PGA Tournament last year were shocked the living legend did it, but can he repeat?

In his career, Tiger has won the Masters five times and his last victory in the major came last year as he rallied to hold off Brooks Koepka and Dustin Johnson for the win. With Woods being so familiar with Augusta it’s hard to not bet on him to get his sixth green jacket as he aims to become the all-time leader in majors’ victories by the time his career is over.

Taking the chance that Woods does pull of back-to-back Masters wins can allow a sports bettors to reap the benefits of the odds with this Specials prop.