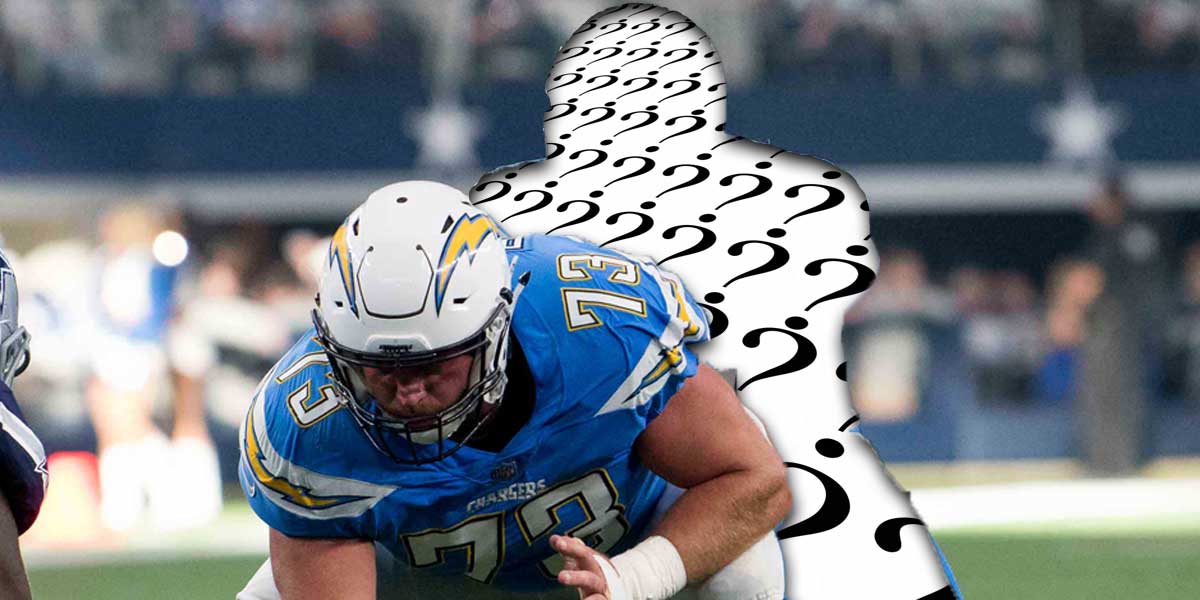 LOS ANGELES - With Philip Rivers on the way out as the Los Angeles Chargers long time starting quarterback, there are some big-time names that are linked back to the position. From rookies to veterans looking for a fresh start to elite quarterbacks to others that don’t make sense at all.

With the 2020 NFL Draft class loaded with talent at the quarterback position, it would not be surprising if Los Angeles ends up with one of them at the 6th overall pick. Also, with the latest Sports Illustrated mock draft coming out Thursday morning, they have a realistic shot and landing one.

Talent-wise, Tagovailoa meets all the standards and is a projected top-three pick. Injuries, however, have hit the soon to be rookie hard as he suffered a season-ending hip injury which could let him slip in the draft. His odds of being the face of the Chargers franchise are at +500.

Justin Herbert is a more realistic option as he is arguably the third-best option at the position. Herbert actually landed to the Chargers in the latest Sports Illustrated Mock Draft. Herbert’s college career has inclined each season going from 19 touchdowns in his freshmen year to 32 during his senior campaign. His odds at landing in L.A. are at +900.

Jake Fromm would be the most surprising of the bunch as he didn’t make the cut for a first-round draft pick in the mock draft. His stats made a small decline after his junior season. His odds are listed at +1800 of landing with the Chargers.

After a shaky season for a lot of this year’s starting quarterbacks, some of them could be looking for a change of scenery and a fresh start going into the 2020 season, starting with Teddy Bridgewater.

The New Orleans Saints recently stated that they view Taysom Hill as their quarterback of the future completely bypassing Bridgewater after he served as the starter while Drew Brees was injured. Could this be the opportunity he needs? His odds are currently at +500.

Jameis Winston is another quarterback who could definitely use a fresh start in a new uniform. The former Florida State Seminole had a nightmare of a 2019 campaign throwing for 30 touchdowns and a league-high 30 interceptions. Winston’s odds sit at +1000.

Joining his 2015 Draft classmate Jameis Winston, Marcus Mariota could also be on the radar for the Chargers as he was benched in the middle of the season due to the emergence of Ryan Tannehill. Mariota led the Titans to a 2-4 record before he was benched. His odds of going to the Chargers are +1000.

Some other big-time names that were linked back to the Chargers were Tom Brady, Dak Prescott, Ryan Tannehill, Colin Kaepernick, and Eli Manning.

Brady however, could be the most realistic option of the bunch as he is dealing with free agency rumors of his own. There have been reports of the Patriots willing to shell out $30 million to keep their franchise quarterback. Though unlikely, his odds are +600.

Surprisingly Dak Prescott has been mentioned. With Dallas recently moving on from Jason Garret to Mike McCarthy at head coach, it seems that they will let the season play out first before making any moves. His odds of moving to Los Angeles are +2500.

Tannehill is another name that seems unlikely but not completely. Tannehill recently found his calling with the Titans after leading the team to the postseason after starting 2-4. However, it could turn out to be a fluke as this is Tannehill’s first decent season as a pro. Odds are not in his favor sitting at +2500 as well.

The two most unlikely names are Eli Manning who recently announced his retirement and Colin Kaepernick who has seemingly moved on from the league for the foreseeable future. Kaepernick’s odds are at +10000 while Manning is at +50000.

Those who have been betting on the NFL for some time are aware of both QBs' current positions in their career and can assume that taking these odds would likely be a waste.