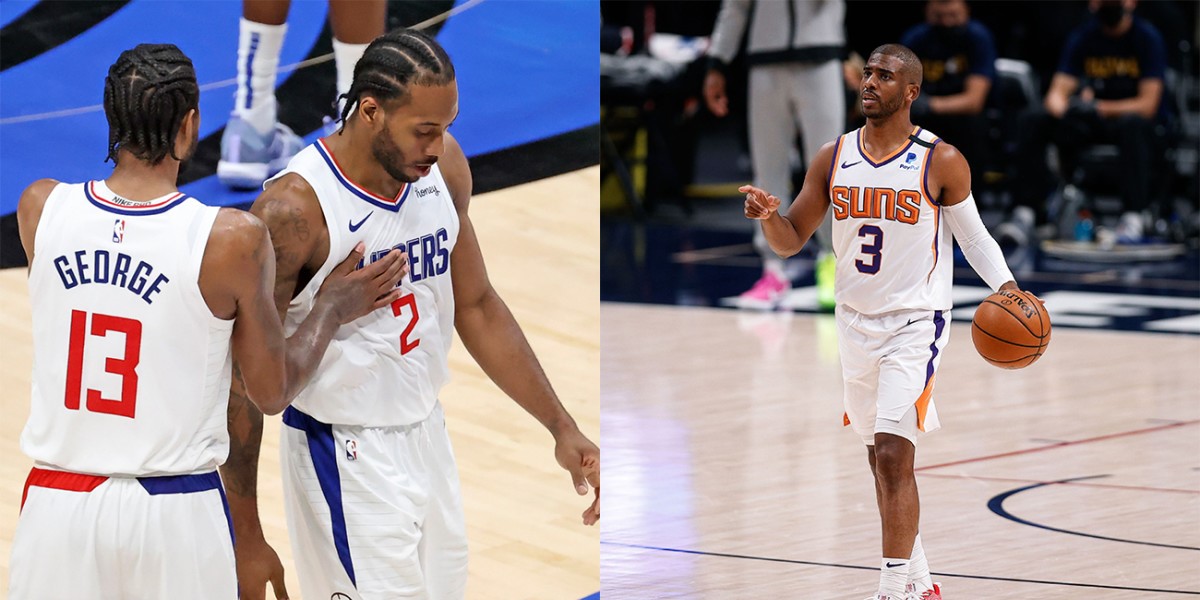 PHOENIX - The Phoenix Suns finished up their series against the Denver Nuggets in swift fashion, with a 4-0 victory sending the Nuggets tumbling out of the playoffs. Meanwhile, the Los Angeles Clippers lost the first two games of their series, lost their best player, but rallied to beat the Utah Jazz in six games anyway.

This is a series that could be defined by absences, however, with both Kawhi Leonard and Chris Paul potentially missing multiple games in this series, if not all of them.

Leonard was diagnosed with an ACL injury, which normally means a player is done for the season - especially one as injury-conscious as Leonard.

Kawhi video in tunnel with no brace, didn’t even seem like a limp. But I’m no doctor. pic.twitter.com/z1iI1Plgs2

However, Leonard was recently spotted at the Clippers Game 6 victory over the Utah Jazz without a brace on, potentially indicating a return possibility for the Western Conference Finals against Phoenix.

Paul, on the other hand, was diagnosed with COVID-19, and was placed into the NBA’s Health and Safety protocols on Wednesday.

Paul has had both doses of the COVID-19 vaccine, which makes his case all the more rare, as the vaccines are generally believed to be more than 95% effective. Basically, Paul lost a 1/20 dice roll in order to get COVID after being vaccinated against it.

The NBA offers several options for getting back onto the court once a positive diagnosis is confirmed.

The most likely outcome is that Paul will achieve option 2 before option 1 comes into play, but it still seems like he will miss at least a few games in the series.

Despite his potential absence, the Suns are favored in their matchup against the Clippers in Game 1 according to the online sportsbooks.

The NBA WCF spread favors the Suns by four points, and this makes sense given that the Suns are playing at home, and arguably more talented than the Clippers when both major absences are taken into account.

This could cut both ways - Leonard could be back sooner, later, or never, while Paul will likely be out no longer than four games.

This intrigue makes bet on the WCF series between the Phoenix Suns and the Los Angeles Clippers one of the most fascinating propositions for a sports bettor at the moment.