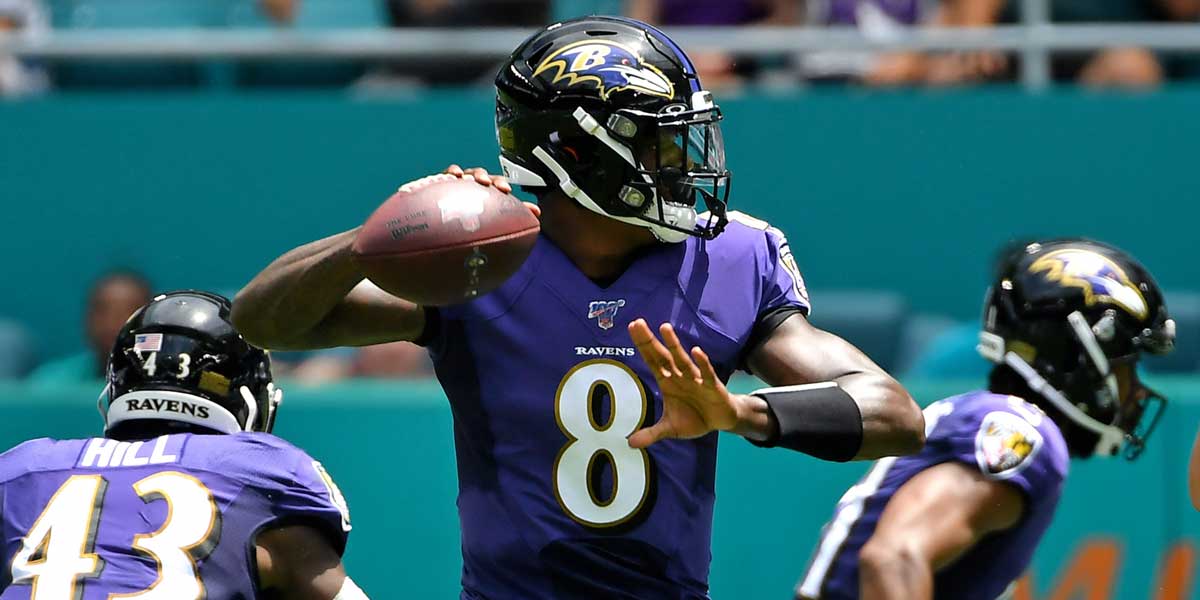 TALLAHASSEE, Fla. – If you had to pick one word to describe Lamar Jackson’s Week 1 performance, it’d be amazing. Jackson led the Baltimore Ravens to an absolute blowout of the Miami Dolphins 59-10, and he did it in just three quarters.

Even more impressive, Jackson threw for five touchdowns on 324 yards passing and achieved a rare, perfect 158.3 passer rating. “Not bad for a running back”, quipped Jackson in his postgame interview.

The wisecrack was a well-deserved “now what” that Jackson aimed at critics who’d suggested he should switch to the running back position. Coincidently, with all the huge numbers Jackson put up against the Dolphins, he only recorded six rushing yards.

"Now what?" is a great question indeed. Even after Jackson’s masterful performance, the critics will be in the shadows waiting to emerge if Jackson doesn’t perform well in the coming weeks.

Consistently achieving a perfect passer rating may be too much to ask for, but fans and critics alike want to know if Jackson can consistently deliver big point totals for the Ravens in and around the pocket.

The Ravens face the Arizona Cardinals in Baltimore in Week 2; the Cardinals enter the game as a 13-point underdog.

Arizona’s Week 1 matchup resulted in a 27-27 tie with the Detroit Lions. The Cardinals will be confident from not having lost the game, yet still hungry for their first win.

Former Raven Michael Crabtree is expected to suit up for the Cardinals in Week 2. Pairing the 6’1 wideout with veteran Larry Fitzgerald, who reeled in eight passes for 113 yards and a touchdown last week, will also serve as a confidence booster.

Regardless of how the Cardinals feel as they enter M&T Bank Stadium on Sunday, USAOnlineSportsbooks.com thinks the Ravens and their dynamic quarterback will have supreme confidence heading to the game after last week’s demolition of the Dolphins.

Only time will tell if last week’s performance was simply an aberration or if we can come to expect this level of play from Jackson every week.