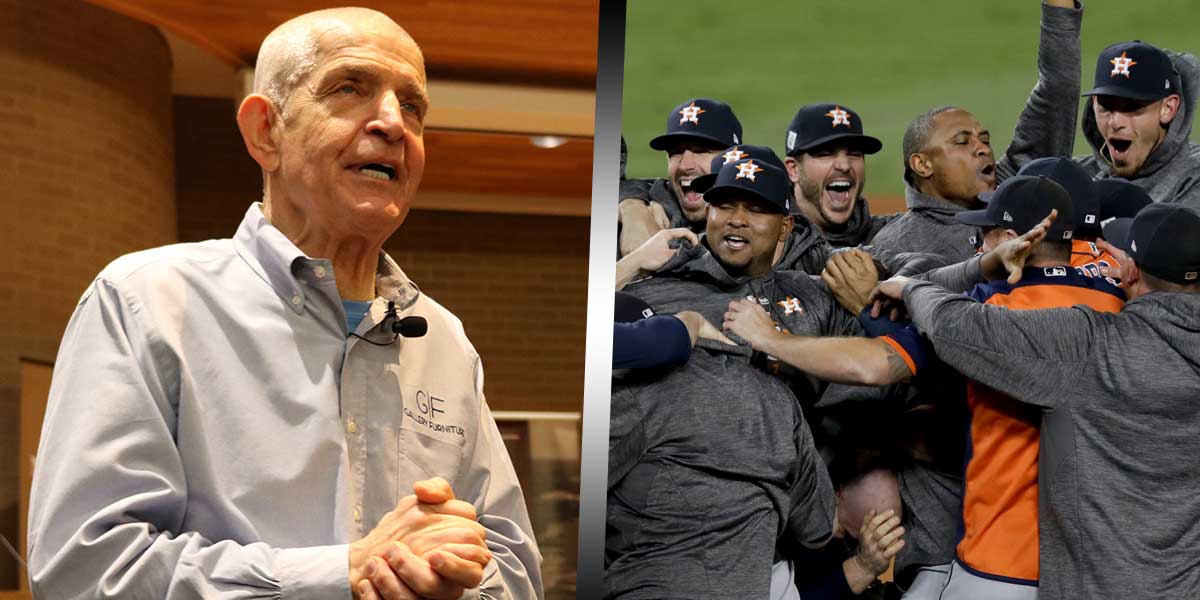 HOUSTON – Furniture salesman Jim “Mattress Mack” McIngvale has placed over $10 million in wagers on the Houston Astros to win the World Series. Coming from a 0-2 start, the Astros have come back swinging (literally), winning their last three in a row while in Washington. Games 6 and 7 (if needed) will be held in Houston.

In each game held in Washington, the Nationals were only able to score one run per game. Games 4 and 5 saw the Astros with wins of 8-1 and 7-1. After adding another million to his bets, McIngvale has reached beyond the $10 million mark in wagers.

Should each payout, he will make over $18 million.  With the promotion he ran for customers buying mattresses worth $3,000 or more receiving refunds if Houston wins, Mattress Mack would owe $15 million in refunds, leaving him a cool $3 million to pocket for himself.

Game 6 of the World Series will have RHP Justin Verlander on the mound for Houston. Verlander as a postseason ERA of 4.15 in four games pitched.

What could be the last game of the 2019 World Series begins on Tuesday at 8:07 p.m. EST at Minute Maid Park in Houston. It will be televised by the FOX Network. The Astros have the odds and the home-field advantage in their favor. For the sake of Mattress Mack and all Houston fans everywhere, they will win their fourth straight game and take home the coveted title of World Series Champions.