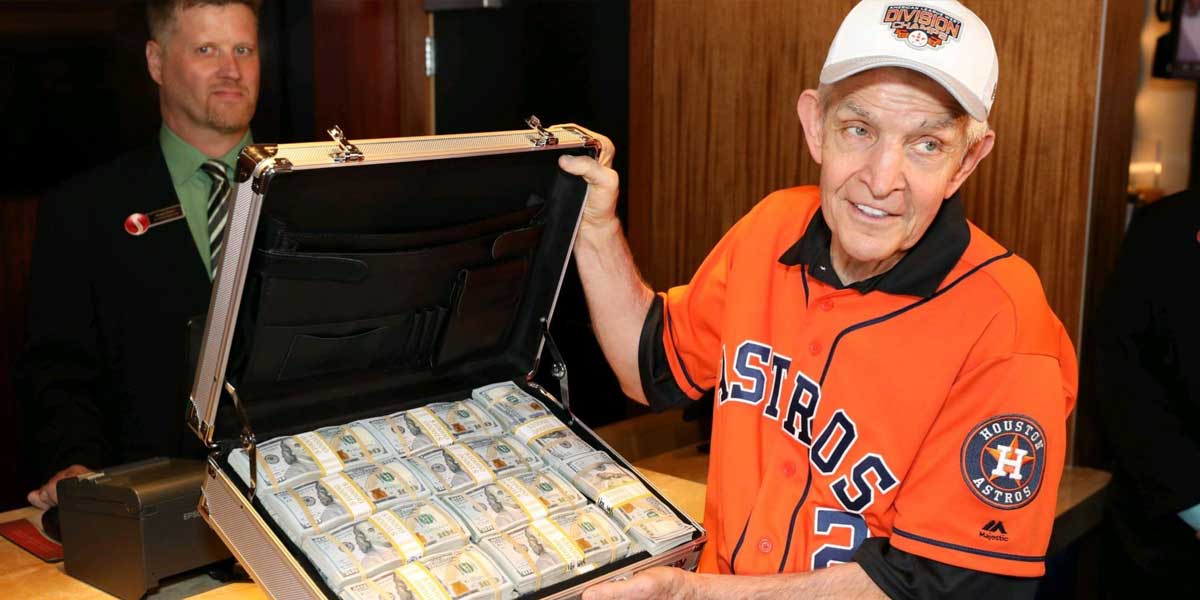 HOUSTON – Jim “Mattress Mack” McIngvale put $1,504,000 on the Houston Astros to beat the Tampa Bay Rays in Game 5 of the AL West Division Series. He won $584,615.40 when Houston beat Tampa 6-1, clinching their division title. They will now move on to the American League Championship Series for the pennant, where they will be playing against the New York Yankees.

McIngvale has previously made headlines by placing two wagers equaling the sum of $5 million on the Houston Astros to win the World Series. The owner of Gallery Furniture based in Houston put down $3.5 million at the Scarlet Pearl's DraftKings Sportsbook in Biloxi. He then put $1.5 million down with FanDuel Sportsbook at The Meadowlands in NJ. The odds for the Astros to win the World Series when McIngvale placed the wagers were at +220 for Houston to win. Combined, the payout would be upwards of $11 million.

Game One Of The ALCS

Both the New York Yankees and the Houston Astros ranked first in their divisions and have records almost equal to one another. The series price for each team has the Yankees with +135 and the Astros with -180. World Series odds have the Houston Astros as the winners of the entire championship with odds of +130. New York is favored second with odds of +250 at US sportsbooks.

New York will be entering the game with a bigger bullpen than Houston and better hitters than the Astros. But Houston has more range with starting pitchers and a stronger defense and coaching staff that has been known to make better play calls. This series will be a grudge match between both teams as they are almost one in the same. The only way for New York to get an edge on Houston is if they are able to score early on with the great starting pitchers for the Astros.

Game One of the ALCS will be held at Minute Maid Park in Houston on Saturday at 8:08 p.m. EST. It will be televised by the FOX Network. If US sportsbooks are correct and the Astros win it all, there’s one furniture salesman in Houston that will be more than ecstatic about it.