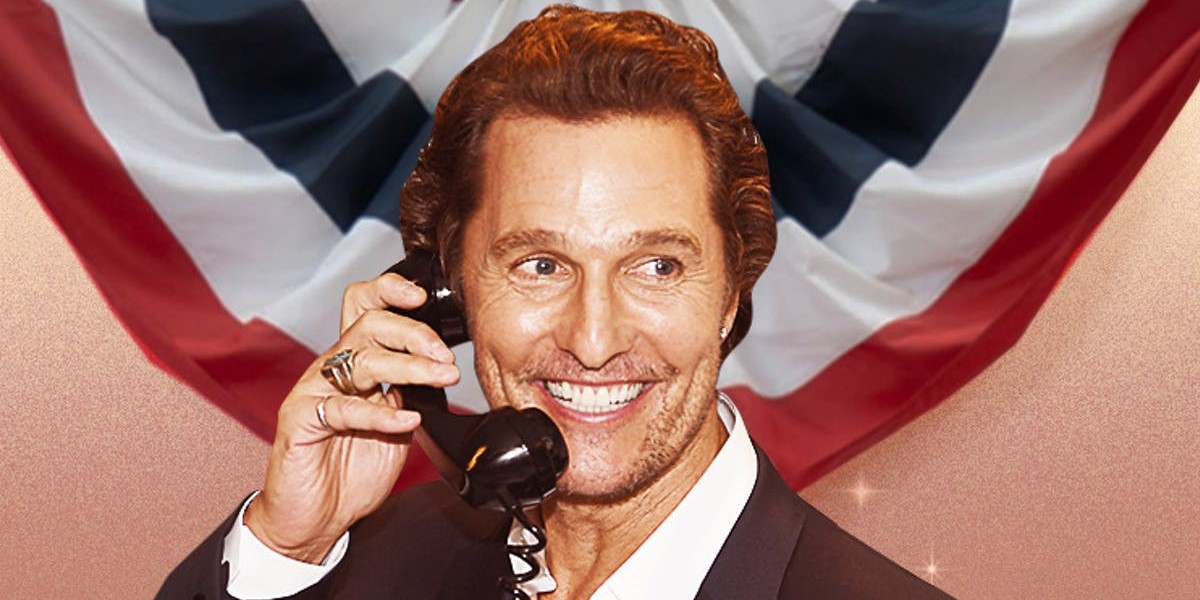 AUSTIN, Texas - Texas’ Republican Governor Dan Abbott is up for reelection in 2022, and it seems he might have a challenger that many may not expect - but most will recognize.

Matthew McConaughey, star of Dallas Buyers Club and Dazed And Confused, has long teased a run for the Texas governorship.

A poll in April saw him running ahead of current Governor Abbott, and although Abbott rebounded in a June poll, the rumors of a potential McConaughey governorship have remained strong.

However, Abbott remains favored over the field on the online sportsbooks.

In this election, the field is composed of Democrats, because Abbott, the incumbent, will not be facing a tough primary battle.

McConaughey is not even the most favored Democrat - that honor goes to Beto O’Rourke, who lost his Senate bid to Ted Cruz, and dropped out of the Presidential race as well.

O’Rourke’s star may have waned in recent years, but there seems to still be excitement around him in Texas’ Democrat circles, as he came closer than anyone else on the blue team to taking federal office from Texas.

McConaughey sits at +500, which is notable considering he hasn’t even committed to entering politics, let alone this race.

Polling has him as a seriously viable candidate, and he could be seen as a winner in a field of people who already have blemishes on their records.

Speaking of loss-blemished records, Julian Castro is next on the odds boards.

Castro, former mayor of San Antonio, was the Secretary of Housing and Urban Development under President Obama.

He ran for President in the 2020 Democratic Primary, but dropped out in January and endorsed Massachusetts Senator Elizabeth Warren.

Castro has a fairly specific constituency, and there are questions about whether or not he can be a statewide candidate given his performance during the presidential campaign.

His brother, Joaquin Castro, is currently a member of the House of Representatives, representing Texas’ 20th congressional district.

He has not displayed his brother’s taste for national politics, leaving the runs for President and cabinet memberships to Julian, which means he has fewer L’s on his report card - although he was an impeachment manager for President Trump’s second impeachment trial.

Wendy Davis makes up the last name on the list, and of all the losses that Texas Dems have taken, hers looms large in the background of this race.

In 2014, it was Davis who lost to Greg Abbott, winning 38% of the vote to his 59%. This makes Davis an unlikely candidate to win this race.

It’s important to remember that this is Texas, and it would take a stunning turn of events to even make the race competitive - especially as far as political betting goes.

McConaughey might be the best bet for Dems if they want to do so, but it’s unclear if even his star power will be enough.