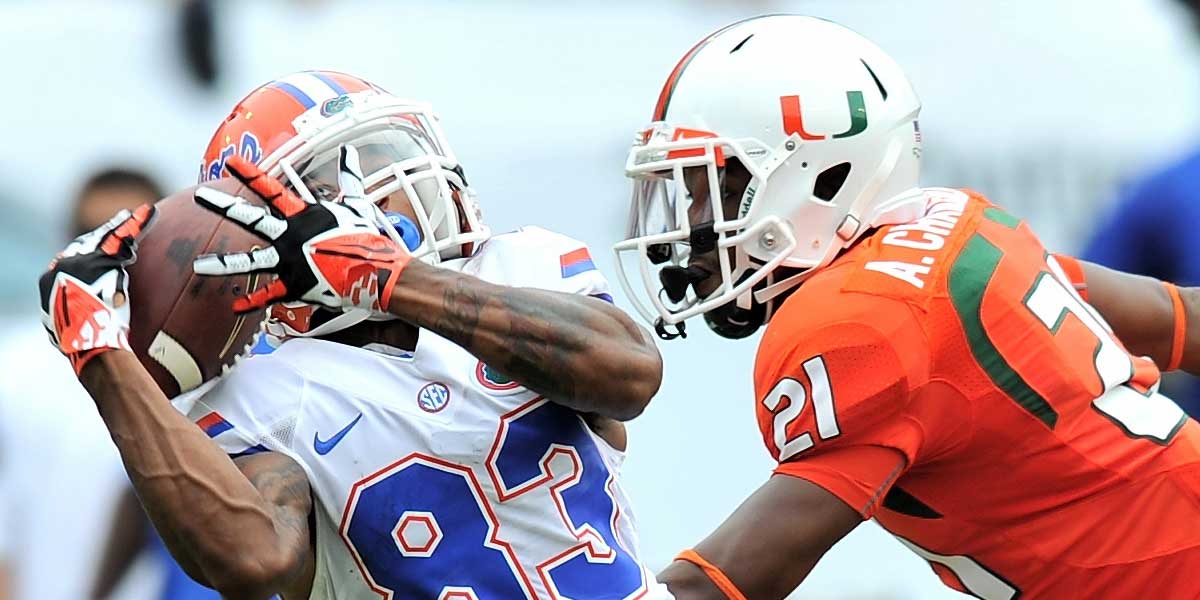 MIAMI – When it comes to college football team rivalries, the Miami Hurricanes and the Florida Gators are right up there, which always makes for a great game. The Hurricanes have won 29 of their last 55 meetings with the Gators. The last time these two teams met up was in 2013, giving them six years to build up the tension for Saturday night’s game at the Camping World Stadium in Orlando, Florida.

Last season, the Florida Gators went 10-3 for the season, leading them to enter 2019-2020 being ranked eighth in the AP Top 25. Dan Mullen’s will be entering his second season as head coach for the Gators. Historically, coaches that enter their second season with a team have had a better season than when they first started.

The Gators are coming into the game with a solid starting line up that includes quarterback Feleipe Franks. Franks played in 12 games and threw for a total of 2284 yards last season with 23 touchdowns. He has been compared to having the skill set of the Tim Tebow of Gators’ past.

Miami has a new head coach for the season, Manny Diaz. He was previously the team’s defensive coordinator for the last three years. Miami went 7-6 last season and will be entering this season unranked.

As for their players, the Hurricanes are more green than orange this year. Their athletes are not at the same level as that of the Gators. Many are inexperienced and this looks like it will be a team that will grow together from the players all the way up to the head coach. Quarterback Jarren Williams will be starting on Saturday. Williams is a red-shirt freshman that played a short time in one game last year, throwing for 17 yards and making just one out of three completions.

The Florida Gators are favored to win with -290 betting odds. For those that are betting the spread, the Gators are 7-point favorites. The over/under for the Miami vs. Gators game is 47 points.

USAOnlineSportsbooks.com knows the best part about rivalry games is how records make no difference. In a rivalry game, it’s simply about which team wants the bragging rights most, making it anyone’s game. The action begins on Saturday at 7:00 pm ET. The ESPN network will be televising the event.