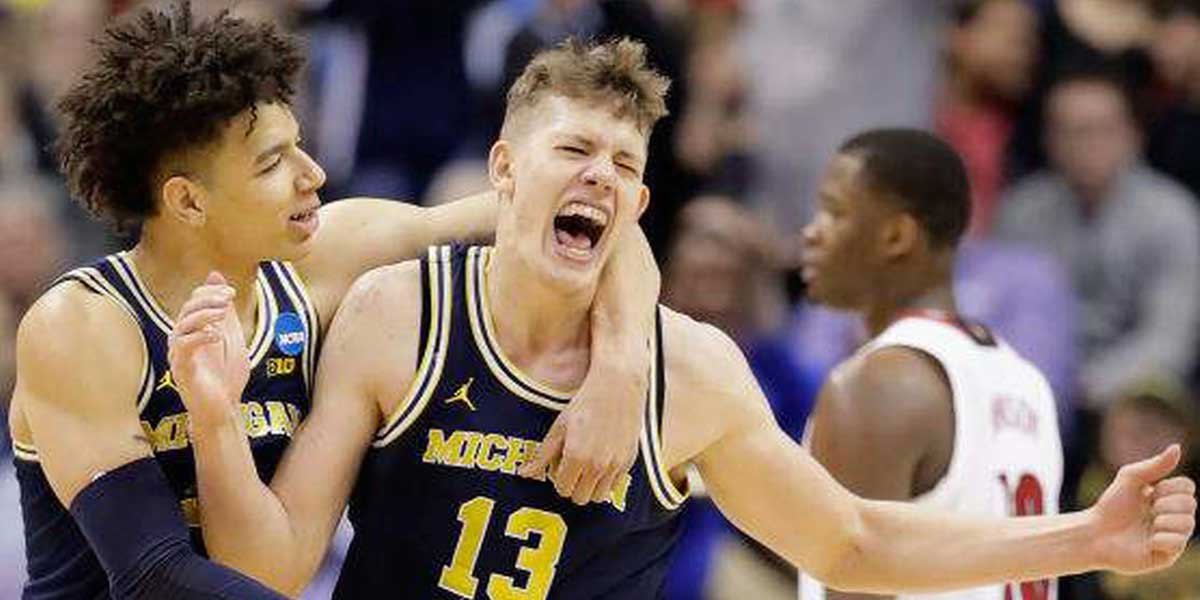 Ann Arbor, Mich. – College basketball is now underway. With a season that’s over five months, big matchups are rarely seen until the March Madness tournament. On Tuesday, one of the best matchups that could be seen in the March Madness tournament will be on display. Two top-five teams, the Michigan Wolverines and the Louisville Cardinals, will face off in the Big Ten/ACC Challenge.

Both undefeated teams look to hand the other team their first loss of the season. The Cardinals(-115) are five-point favorites against the Wolverines(+105) so this game can be close. US sportsbooks have a few prop bets for a game that is filled with high expectations.

This Cardinal offense is led by Junior Jordan Nwora who is averaging 21 points per game. Nwora is capitalizing at the free-throw line shooting 90%. His play is helping this Cardinal offense score 81 points per game. Shooting 75% from the free-throw line as a team also means the Cardinals can take advantage of points at the line.

With the over/under total score for Louisville set at 73 points, bettors can assume the Cardinals will surpass that with this aggressive offense.

Juwan Howard is showing that he belongs back in Ann Arbor. While being a part of the “Fab Five” in 1992, Howard helped the Wolverines average 81 points per game. He has brought that same energy back to Michigan this year as the 2019 Wolverines are averaging 82 points per game.

With plenty of shooters like Isaiah Livers, the Wolverines are ranked in the top 10 in three-point percentage. With the over/under total points for Michigan set at 68 points, betting the over sounds like a smart idea.

Getting a victory will not be an easy task for each team. With the Cardinals and the Wolverines having explosive offenses, expect both head coaches to be pulling their hair till the clock hit zero. With so much at stake, overtime is a huge possibility. Oddsmakers doubt that overtime will occur in this matchup with -2,500 betting odds set for this possibility. But, don’t be shocked if there is one.

With powerhouse teams like Duke and Kentucky taking a back seat, Louisville and Michigan are leading the pack undefeated. Although for a while Duke and Kentucky were known for their great teams, it seems like the Cardinals and the Wolverines have taken over the national spotlight and the minds of college basketball bettors.