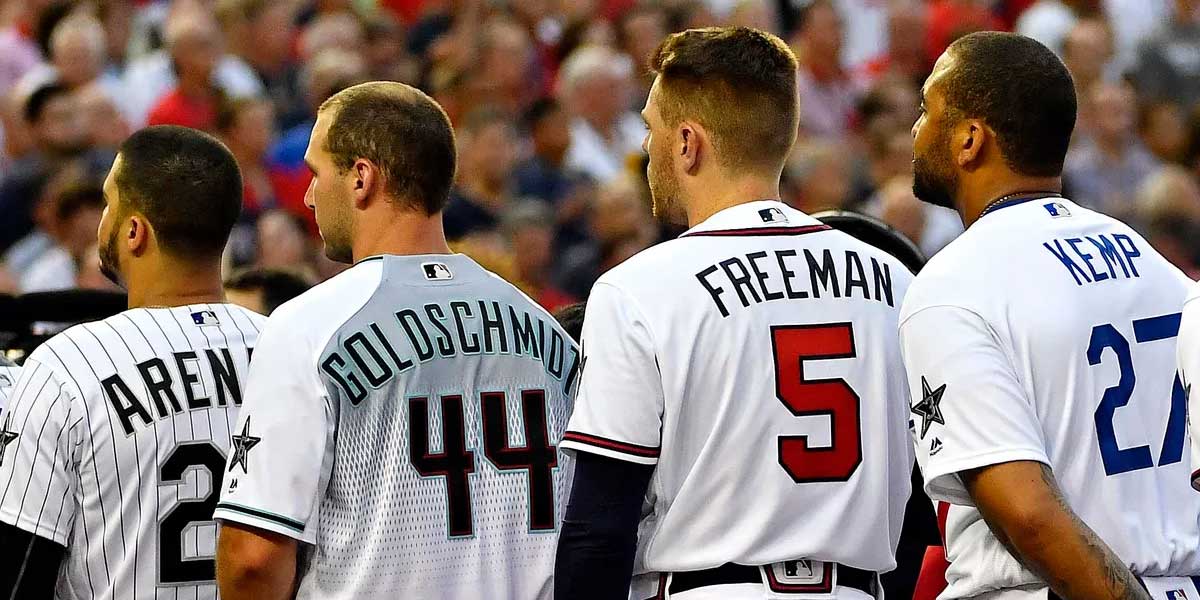 CLEVELAND, Ohio. – Though the sports betting scene is slowing down in the summer months, there is always action to find in the world of sports. This week brings forth the MLB All-Star week, which features Monday’s Home Run Derby and Tuesday’s All-Star Game.

Eight MLB bombers will come to Progressive Field in Cleveland and show the fans just exactly how easy it is to pop a ball over the wall. For the first time in All-Star history, the winner of the event will receive a $1 million bonus, as the field consists of a rookie, a top young prospect, an MVP candidate and more.

Christian Yelich was the one-seed in the bracket-style format but will be replaced with Matt Chapman. It will be Chapman who battles against Vladimir Guerrero Jr. in the first round. The winner of that matchup with battle the winner of Alex Bregman and Joc Pederson for a spot in the Finals.

On the other side of the chart, Pete Alonso will face off against Carlos Santana. The winner will then take on the victor of the Josh Bell and Ronald Acuna Jr. battle for a spot in the Finals.

Bell and Guerrero Jr come in as the two favorites to win the event since Yelich threw in the towel early. Bell has seen the most line movement, as he opened around +550 and has seen his odds nearly cut in half over the weekend.

Acuna Jr., Bregman, and Santana all saw their odds increase over the weekend, as none of them were over +900 on Friday.

Alonso has stayed rather fixed at +400 and could come in as a bracket buster along with Pederson, who will battle Santana and Bregman, respectively, on opposite sides of the bracket.

The 90th All-Star game will begin the day following the Home Run Derby. Aside from the Derby participants, notables such as Mike Trout, George Springer, Cody Bellinger, and Nolen Arenado will be in the field.

On the pitching end, Gerrit Cole, Jacob deGrom, and Kirby Yates are some of the standouts, as the excitement is sure to last all night.

USAOnlineSportsbooks.com knows without a battle for home field advantage, the All-Star game holds little importance, but that doesn’t stop the fans who love the sport from enjoying to watch their favorite players in an exhibition game.

The total point scored for the game is projected to be 8.5 runs but bettors can find value elsewhere in the game. If you have the faith that the American League team will come out swinging and lead after the 1st inning (+300), you can triple your money by taking this action.

Bets like these are available in legal sports betting states as well as with offshore betting sites. However, these pregame odds only scratch the surface for betting action, as both the state-licensed and overseas operators will offer live betting opportunities as the game is occurring.

Be sure not to miss out on the MLB All-Star Week’s betting action, regardless of whether you wager beforehand or live on the Home Run Derby or All-Star Game.