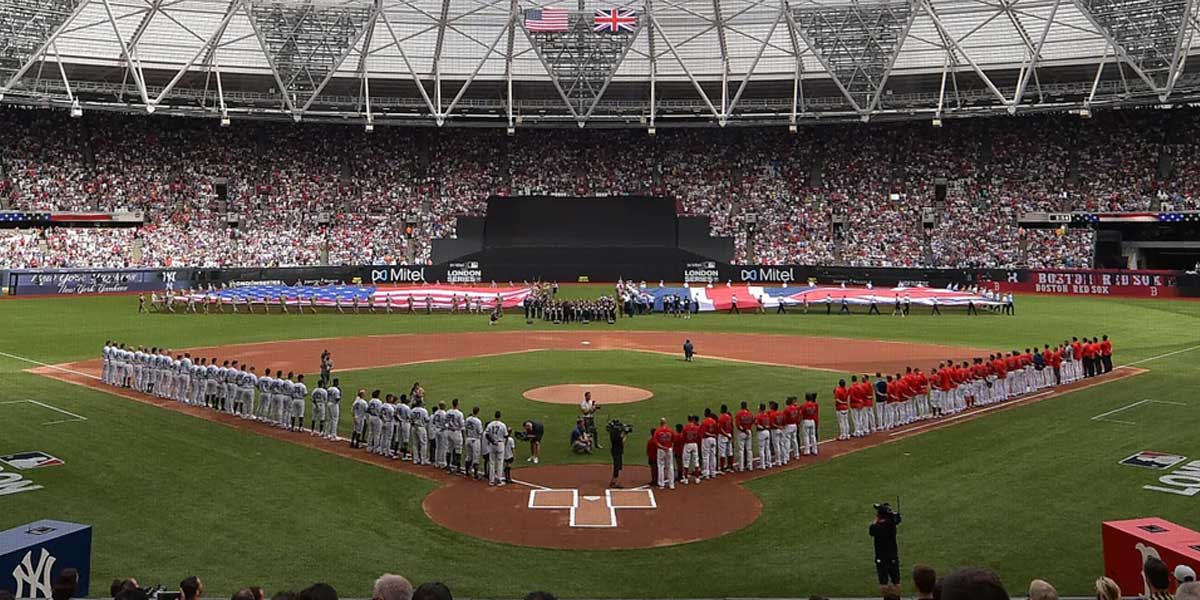 LONDON – Taking a cue from the NFL, who now plays one game each season across the pond, the MLB has just debuted their first British invasion. On June 29th and June 30th, the Boston Red Sox played the New York Yankees in a two-game series in London, England. This was the first time that professional American baseball has been played on English soil.

There must be something in the warm beers Londoners drink as both teams played their highest scoring match against each other in game one alone. The game ended in a New York Yankee victory, but the scoreboard read 17-13. That’s a total of 30 runs scored in a single game. Unheard of for baseball.

Sunday’s game was also high scoring, although nothing like that of the first. New York won 12-8. The Yankees headed back to America, victoriously winning the series 2-0. It will go down in history that the first MLB events to take place in England were nothing short of a success, for New York fans anyway.

What People Are Saying?

“It felt like something big was happening, something important, " said Aaron Boone, the manager of the New York Yankees, after Sunday's game.

Those in the stands felt the same way. They were embracing the entire experience. Beer being sold at stadiums during soccer games is not allowed in England. However, beer and baseball go hand in hand, sometimes literally. Fans were allowed to buy beer at the game like they would have had they seen it in America.

“This is inspiring us to take a trip to New York now to watch baseball there,’’ said Suze Newton, a British newbie to American baseball.  “We didn’t know what to expect. We didn’t know if it would be like cricket or not.”

While fun was had by all, Alex Cora, the Red Sox manager hoped that each team would’ve scored less. He didn’t want new fans of the game to think that what they witnessed was normal for a regular baseball game.

After Saturday’s game, he told reporters, ”Hopefully tomorrow's game is more controlled in terms of runs and we give the people from London a closer game. Those are cool too."

That wasn’t exactly the case, but Major League Baseball set out to expand their market and expand it they did. Not only are more Brits now interested in the sport, but they’re also interested in going to America to see it. That boosts tourism as well as MLB sales. A two-game series has already been set in place for 2020.

USAOnlineSportsbooks.com thinks that the next time you sit down to watch a game, grab yourself a warm pint and give those new fans in England a nod. Or just crack open a cold one and do it the American way. After all, the whole experience had by the British was all American and they couldn’t have been more pleased.