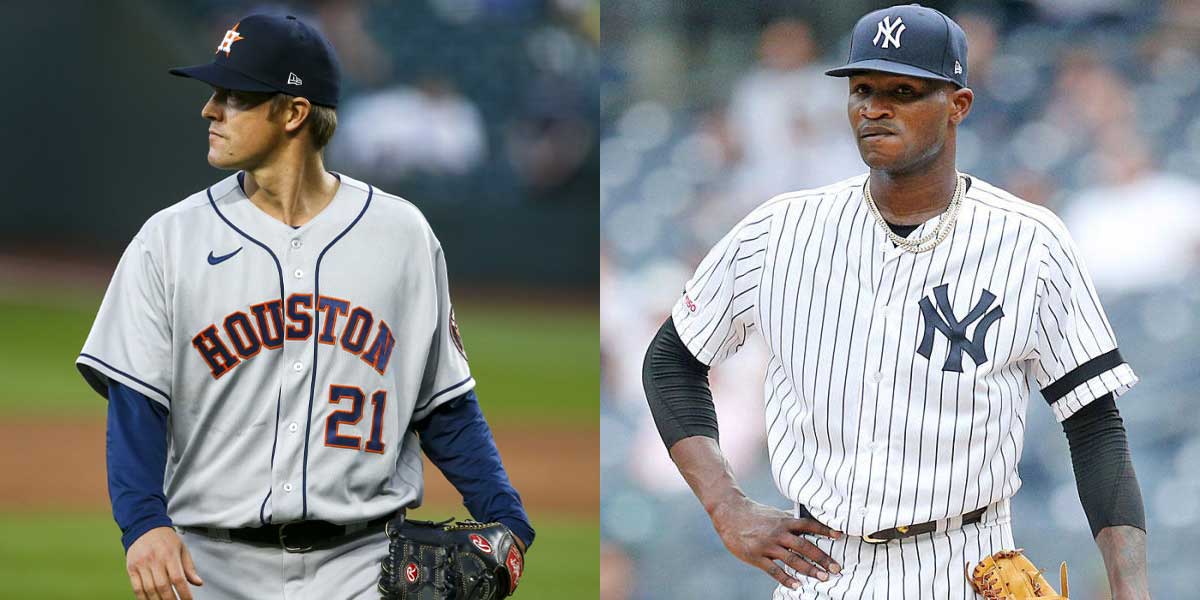 Online sportsbooks have odds listed for the matchup tonight.

The Astros seem to have a slight advantage in starting pitching in Greinke over German. However, German has been getting better in each start this season, most recently posting 7.0 scoreless innings in his last outing.

Greinke has been hit or miss this season. He has three outings of 7+ innings and two or less earned runs as well as two outings of less than five innings and 4+ earned runs. MLB betting fans siding with the Astros will be betting on Greinke to be on his A-game.

The Yankees’ batting average still leaves a lot to be desired despite the recent success, but the team in making up for things by having the highest walk percentage in the MLB over the last two weeks. Also, both teams have been limiting strikeouts at the plate with both teams ranking in the top four for lowest strikeout rate in the league.

Plate discipline has been an issue for the Yankees in years’ past, but they seem to be turning the corner. This has been a large part of New York’s recent success and likely a big factor in why sports betting sites list the Yanks as a slight favorite.

The Yankees bullpen has continued to be one of the top units in the league, posting the lowest ERA, lowest batting average against, third-lowest BB/9 and fifth-highest K/9. The Astros bullpen ranks in the middle of the pack in most statistical categories.

Houston has won four of the last five in this matchup but the Yankees have taken nine of the last 13 against the Astros in their home stadium.