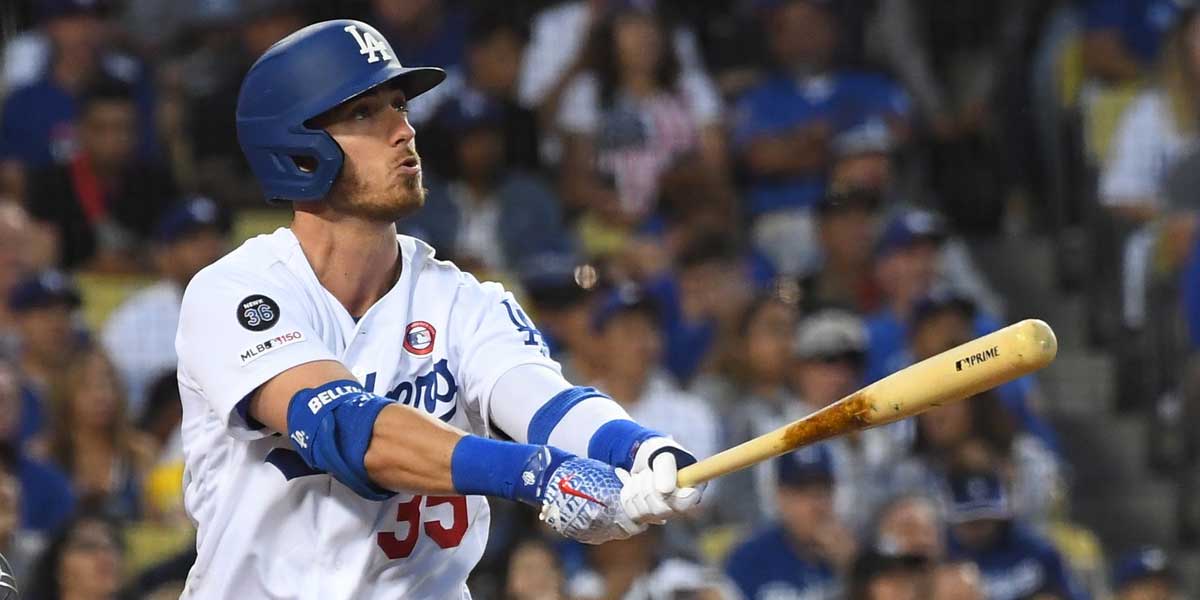 TALLAHASSEE, Fla. – Every year in Major League Baseball, there comes a time around early September where play around the MLB landscape starts to elevate. The season is beginning to wind down and fringe playoff teams are revving up their play in hopes to play in October. As of today, the American League playoff standings is all but settled, but the National League chase is becoming an absolute madhouse.

So far in the National League, only the Colorado Rockies, Pittsburgh Pirates, and Miami Marlins have been eliminated from playoff contention. To put this into perspective, the ninth-place Arizona Diamondbacks are only 5.5 games out of the last spot in the Wild Card race. With the Los Angeles Dodgers clinching a playoff spot already in late August and with the Atlanta Braves securing a spot in last nights’ win against Washington Nationals, that leaves only three spots available. Still, roughly eight teams are fighting for playoff positioning with only a dozen or so games to go.

The Dodgers are back in playoff baseball for the seventh year in a row behind the play of Cody Bellinger and the All-Star pitchers, headlined by the great Clayton Kershaw. The Dodgers look to get back into the World Series for the third consecutive year; only this time the hope is to secure the win.

The Braves, who haven’t seen the postseason since 2013, on riding the golden coattails of MVP frontrunner, Ronald Acuna Jr. and the big bat of Freddie Freeman. With just 11 games left in the season and a playoff spot already clinched, expect Atlanta to at some point start resting their big-name players in an attempt to shake up the playoffs next month.

This is right about where the playoff race in the National League gets tricky. The St. Louis Cardinals are a mere 1.5 games ahead of the Washington Nationals, yet over 10 games behind the second-place Atlanta Braves. The Cardinals themselves haven’t had a whiff of postseason play since 2015 when they lost against the Chicago Cubs 3-1 in the National League Divisional Series.

This years’ St. Louis team isn’t spearheaded with All-Star names, but the Cardinals are definitely one of the more well-balanced teams in the NL. Even though St. Louis will likely make the postseason this year, expect the Cardinals to play strong all the way out as they look to avoid relegation to a Wild Card spot with the Chicago Cubs right on their heels only 2 games behind for the division.

The Nationals of Washington are likely fighting for just a Wild Card spot this month. Since they last made a playoff run in 2017, the Nationals have climbed back into baseball relevancy and are now poised to make a run as a playoff team. Led by All-Stars Max Scherzer and third baseman, Anthony Rendon, Washington will look to remain above the teams vying for their Wild Card spot, as they look up to Braves who are 9.5 games ahead.

The Chicago Cubs find themselves right in the thick of things in late September as the National League wildcard race has turned into a mad free for all. Only 2 games behind the Cardinals for the division and 13 games left to play, the Cubs don’t have a choice besides to play full throttle until game 162. It’s the difference between watching from the sofa during the postseason and watching from your team’s dugout. The windy city All-Star trio of Kris Bryant, Javier Baez and Wilson Contreras alone is enough to scare teams come October.

The Brewers look to be on a mission to finesse their way into the playoff being that they’re one game behind the fifth-place Cubs, who hold the final Wild Card Spot. With 13 games left to play, every game from now until the seasons’ end will feel like a playoff game for Brewers. A playoff spot will be a little harder to come by now due to the recent injury to the Brewers superstar, Christian Yelich, who fractured his kneecap off a foul ball. The team will need to rely now on the pitching prowess of All-Stars, Josh Hader and Brandon Woodruff as well as the sturdy bat of big man, Mike Moustakas. The playoff probability for Milwaukee still remains pretty high at US online sports betting sites, but with Yelich done for the year, it doesn’t look like they’ll get very far.