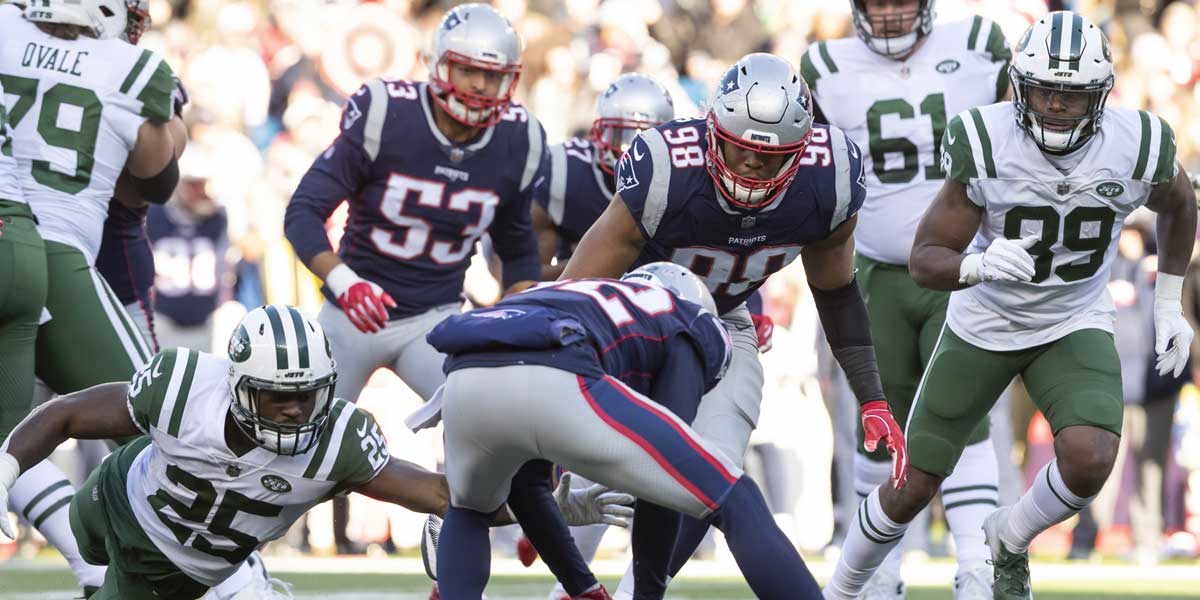 EAST RUTHERFORD, N.J. – This week’s edition of Monday Night Football brings us a matchup of the defending Super Bowl champion New England Patriots (6-0) on the road to taking on the New York Jets (1-4) in an AFC East division showdown. These two teams previously met in Week 3 earlier this season. In that game, the Patriots beat the Sam Darnoldless Jets comfortably, 30-14 at Gillette Stadium.

Although the New England Patriots (10.5,-105) are undefeated this season, betting wise they have a 4-2 record ATS. On the other side, the New York Jets (+10.5,-115) enter this matchup with 2-3 record ATS. In the last six meetings between these two teams in the Meadowlands, the Patriots are 1-5 ATS.

New England (-440) comes into this game as a road favorite to beat the New York Jets (+350). The Patriots are 7-0 SU against the Jets in their last seven games.

Sam Darnold’s return was a major boost for the New York Jets offense last week, but the Patriots defense is the top defense in the NFL. The unit is only allowing opponents to score an average of eight points a game.

The Patriots defense has generated an NFL-high 16 turnovers on the season and can be expected to force the Jets into a few turnovers tonight. This is a good sign for the betting prop "Will a Patriots defensive or special teams touchdown be scored?" with “yes” at +205 and “no” listed at -280. Taking the "yes" at US sportsbooks seems like a smart bet tonight.

The defensive stats can also explain why the total in this game is set low at 43.5-points. The New England defense has been really good on the road lately, as the total has gone Under in four of their last five games outside of Foxboro.

After this game, the New England Patriots will face the Cleveland Browns in Foxboro, while the New York Jets will hit the road and face the Jacksonville Jaguars.