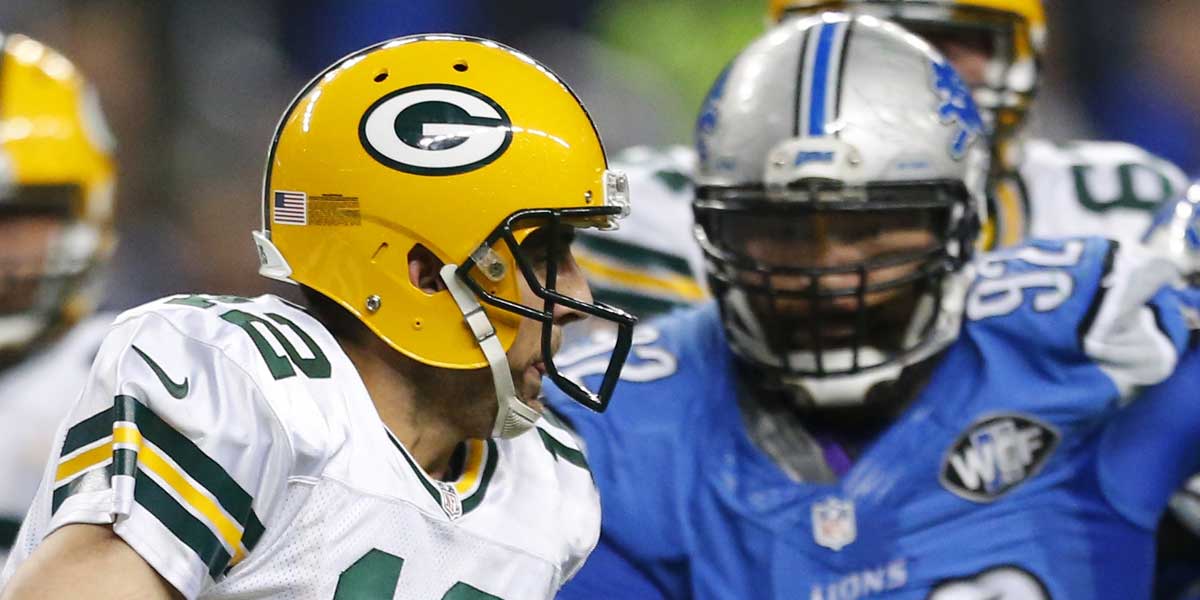 GREEN BAY, Wis. – Monday Night Football brings us an NFC North rivalry this week, as the Detroit Lions (2-1-1) hit the road to take on the Green Bay Packers (4-1).

Detroit comes into the contest having won their last four games against the Packers. Not only will the Packers look to snap their losing streak against the Lions, but they’ll be looking for revenge. The last time these two teams played at Lambeau Field, the Lions won by a score of 31-0.

Although the total is set at 45.5, this matchup should see a lot of points put on the board. The Over should be a comfortable bet in this matchup because in six of the Green Bay Packers' last seven games against Detroit, the total has gone Over.

At US sportsbooks, Green Bay is a 3.5-point favorite at home to top the Detroit Lions on Monday Night Football. Leaning towards a SU bet is smart here as the Detroit Lions (+160) are 4-1 SU in their last five games against the Green Bay Packers (-180).

This game means a lot to both teams as the winner will be in the driver’s seat of the NFC North. The Green Bay Packers currently have the shortest odds to win their first NFC North title since 2016 at +110. The Lions have the longest odds in the division at +625. Detroit has not captured the division crown since 1993.

Green Bay comes into this game with a 4-1 record ATS on the season. Fresh off a 34-24 dominant win over the Dallas Cowboys, the Packers will still be without top wide receiver Davante Adams who is missing his second game with a turf toe injury.

Despite the injury to Adams, the Packers offense has still been able to win games this season. Aaron Rodgers hasn’t exactly been stellar to start this season as he’s only thrown for 1,307 yards, six touchdowns, and one interception. But, Green Bay’s offense has found a spark behind running back Aaron Jones, who has an NFL leading eight rushing touchdowns this season.

Expect Jones to get plenty of touches in this game, as the Lions rush defense is ranked 23rd in the NFL and giving up an average of 124.8 rushing yards per game. The Green Bay Packers next game will be against the Oakland Raiders.

The Detroit Lions have been one of the most surprising teams this season as they’ve beaten the Los Angeles Chargers and Philadelphia Eagles. They were narrowly beaten by the Kansas City Chiefs and this team is proving that they’ll be contending for a playoff spot this season.

Matthew Stafford has been one of the biggest contributors to the success of the Lions this season. Stafford has compiled 1,122 passing yards, nine passing touchdowns, and only two interceptions. With Stafford playing at a high level, the Lions are becoming one of the top teams in the NFC.

In their last five meetings against the Packers, the Lions are 4-1 ATS. To keep that trend going, the Lions should lean on running back Kerryon Johnson in this game, as the Packers have a bottom-five rushing defense this season. They’ve allowed running backs to rush for an average of 138.2 yards against them through five games.

After tonight's 8:15 p.m. EST TNF game against the Packers, Detroit will turn its attention to another NFC North rival the Minnesota Vikings. Watch the Lions-Packers game live on ESPN.