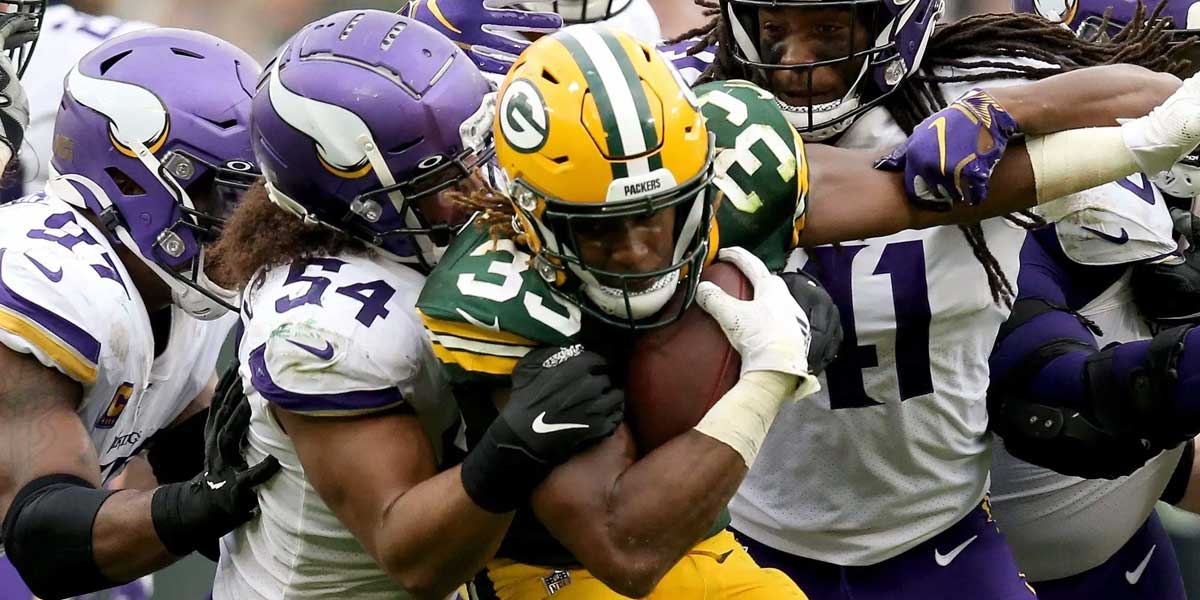 MINNEAPOLIS – Week 16 of the NFL season will conclude with a classic NFC North rivalry as the Green Bay Packers (11-3) are the road team taking on the Minnesota Vikings (10-4). These teams met earlier this season in Week 2 with that matchup seeing the Packers edge the Vikings by a score of 21-16.

The Minnesota Vikings are 4.5-point favorite to beat the Green Bay Packers in U.S. Bank Stadium. If considering betting against the tight spread keep in mind that both teams have performed well ATS this season with Packers having a 9-5 record and the Vikings boasting a slightly lower 8-6 record.

If betting ATS isn’t preferred, then the money line odds for the underdog Packers are listed at +185. The Vikings, on the other hand, are listed at -220 betting odds to beat the Packers. Taking the Vikings SU in this game is tempting because they have not been defeated at home this season and will be looking to avenge their earlier loss to the Packers.

In what will be a surprisingly defensive game expect both offenses to struggle out of the gate. The Vikings will have to stop Aaron Rodgers from finding Davante Adams for big plays if they want to climb back into the driver’s seat of the division.

The Vikings will be without star running back Dalvin Cook who is dealing with an injured shoulder suffered in Week 15 against the Los Angeles Chargers. Cook has been one of the best running backs in the NFL this season as his 1,135 yards and 13 touchdowns rank him in the top 10 in both categories.

With the Vikings offense missing a key part expect the 47.5 total to go under. The under at US online sports betting sites has been popular between these two teams lately as the total has gone under in the last five games the Packers have played the Vikings on the road.

Expect the Vikings to try to exploit the Packers secondary in Cook's absence with quarterback Kirk Cousins and his ability to make big plays through the air. Cousins has had a quietly productive year throwing for 3,481 yards, 25 touchdowns, and only five interceptions. He’ll be able to pick up some of the slack left behind in Cook’s absence.

After this game, both teams will face an NFC North opponent to close out the season in Week 17. As the Green Bay Packers have a road matchup against the Detroit Lions, while the Minnesota Vikings will host the Chicago Bears in games that could be very important for playoff seeding.

The matchup between the Packers-Vikings is scheduled to kick off at 8:15 p.m. EST and will be broadcast by ESPN.