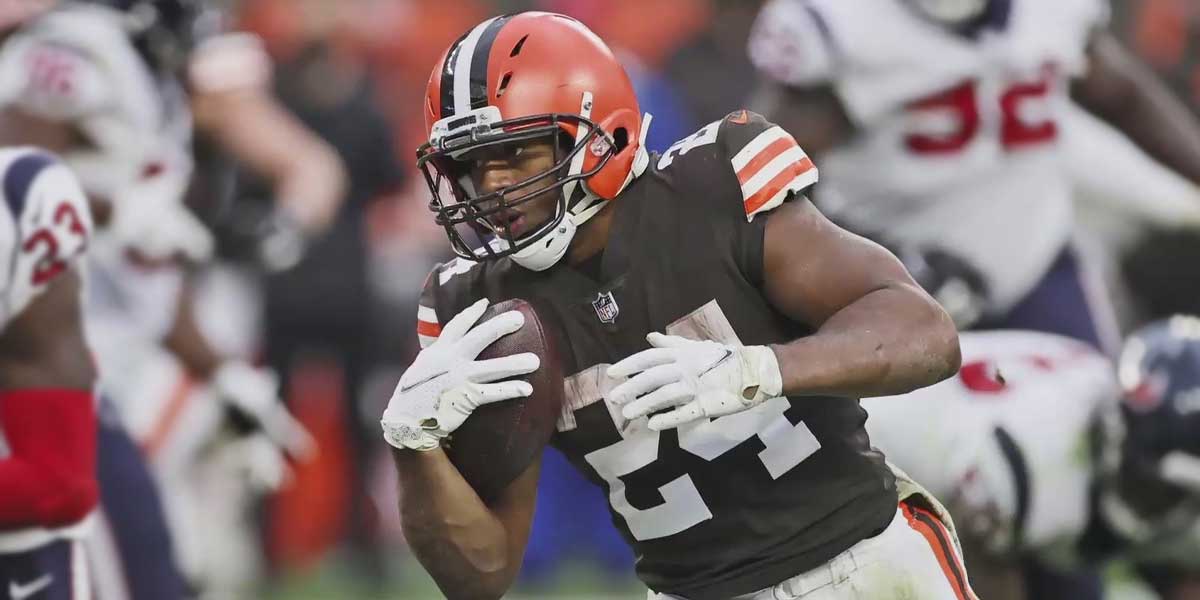 Both teams are far removed from their first meeting in Week 1 where the Ravens won 38-6. Since then, the Ravens have struggled to get to 7-5 on the year, while the Browns have been the biggest surprise in the NFL at 9-3.

Monday’s game will do quite a bit to show the potential of both these teams heading down the stretch.

As always, there are a number of valuable player prop bets available via the major online sportsbooks. Taking a closer look at these props can yield some notable standouts.

One part of what makes the Browns an actually good football team in 2020 is their commitment to running the football. The Browns offensive line is playing like one of the best units in the NFL this season, creating huge lanes for what some call the best backfield in the league.

Since returning from injury, Nick Chubb has rushed for 126, 114, 144, and 80 yards. Chubb has only run for under a 5.5 yards per carry average once this season. This prop bet looks to be profitable as long as Cleveland is able to stay close enough on the scoreboard to continue to run the ball.

With high winds predicted in the forecast, Chubb should get plenty of carries.

For the Ravens, the weather will likely have the same effect. While the Ravens tend to have Lamar Jackson be their primary rushing attack, rookie JK Dobbins has proven extremely effective in his own right.

With the diminished role of Mark Ingram, Dobbins has seen over 11 carries in four of his last five games, including rushing for 71 and 70 yards respectfully in his last two. The Browns rush defense ranks in the top ten this season, but in a game that will likely be decided on the ground, Dobbins has the most upside out of the Baltimore backfield.

Again, with Cleveland looking to be a cold and windy setting for a football game Monday, taking Lamar Jackson to throw a single pick is a valuable wager. Jackson has thrown an interception in each of his last three games, and four of his last five, throwing five total since the start of November.

Since Jackson throws the ball less than the average quarterback, NFL prop betting enthusiasts can get a better value on him to throw just a single interception. While the Browns are more known for their run-stopping ability, they are more than capable of picking off Jackson, especially if they are able to create consistent pressure in the pass rush.

While the elements could play a factor in the passing game, when Lamar Jackson does seldom choose to drop back and pass, he will likely be looking at his favorite target in tight end Mark Andrews.

In his last four games, Andrews has caught at least five balls per contest and went for 96 yards against the Tennessee Titans last Sunday. Earlier this year against the Browns, Andrews went for 58 yards and two touchdowns.

With the Browns likely creating pressure, look for Jackson to dump the ball off to his trustworthy tight end, who can easily achieve 45 yards in just a few touches.