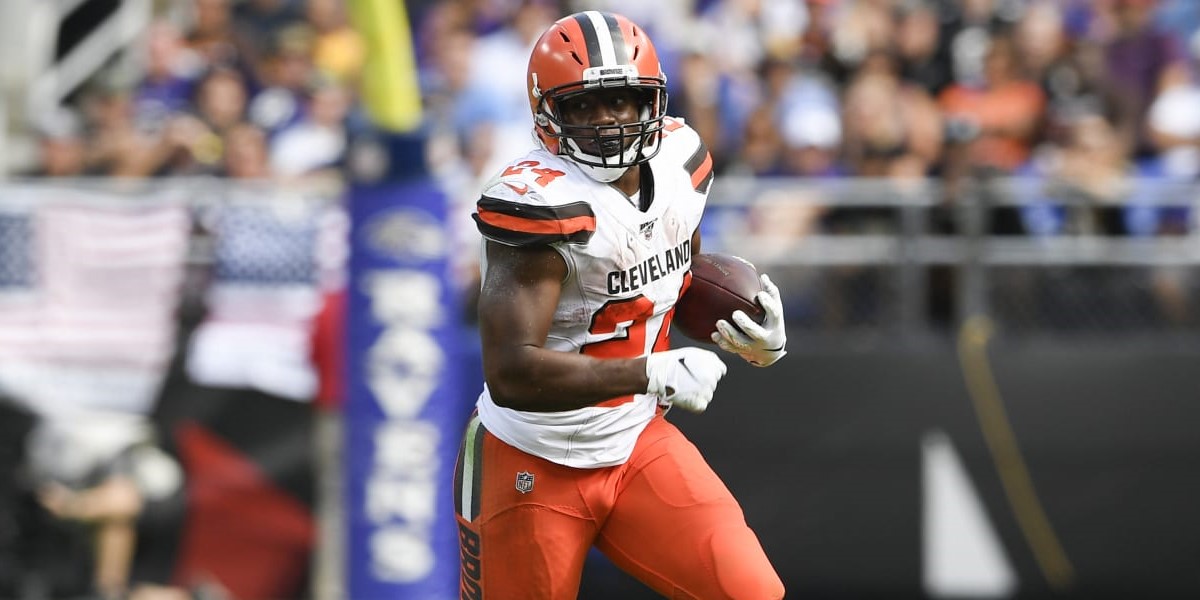 CLEVELAND – With the first half coming to a close, there have been plenty of Monday Night Football betting odds that have hit and there are still plenty more to go.

Week 14 features a fierce AFC North battle between the Cleveland Browns and the Baltimore Ravens, where both teams came out hot on their first possession.

The weather was thought to be an issue coming into the game, but both quarterbacks haven’t been afraid to get the offense going. The running game has still been king for both teams in the first half and is expected to be the case going into the second half.

But, there was plenty of first-half props that have already hit, though, which has left NFL betting enthusiasts on both sides satisfied.

Monday Night Football Game Props That Hit And To Lookout For

The first quarter saw both teams score a touchdown on their first possession. Cleveland struck first with an easy Nick Chubb run into the endzone from inside the Ravens 10-yard line.

Nick Chubb had -140 odds to be an anytime touchdown scorer and +275 odds to be the first Cleveland Browns scorer. However, better odds for Nick Chubb hit as he had +400 odds to score two or more touchdowns in the game.

Lamar Jackson had his own run into the endzone on the following possession. Jackson had +110 odds to be an anytime scorer and +450 odds to the first Ravens player to score. Jackson also had +700 odds to score two or more touchdowns in the game which hit with just 30 seconds to play in the first half.

Jackson has had a solid amount of carries and well over 50 yards rushing already.

Those were the only scores in the quarter and the game went into the second quarter tied 7-7. The first-quarter total was set at 9.5 points so those that bet the Over cashed in early. The odds for the score itself to be a tie were set at +300.

The second quarter began with the Browns missing a chip-shot field goal to the surprise of everyone in the stadium and the sportsbooks. Online sportsbooks had Cleveland favored at -120 odds to make Over 0.5 field goals in the first half.

The Ravens took the lead not too long after with another rushing touchdown by Gus Edwards. This pushed the first half Over for Ravens total points which was originally set at 10.5 at Bovada. The Browns answered with a touchdown of their own and pushing their 10.5 point total over as well.

With the game being as tight as it is, don’t be surprised if the game goes into overtime. The odds for that to happen before the game started were set at +800.

Underdog Odds That Have Hit

With the first half of Monday Night Football coming to an end, those that were courageous enough to take some of the underdog MNF bets that were available saw some of those odds cash in. The first one to cash out on MNF was the exact outcome of the first score of the game in which the Brown touchdown at +220 hit.

Looking at one of the Ravens odds that cashed was Lamar Jackson scoring the first touchdown of the game for them where he was listed with +450 odds. It is surprising that Jackson’s odds were that long considering how quick he is on his feet, especially that close to the goal line.

The AFC North battle between the Baltimore Ravens and the Cleveland Browns in the first half has already produced some winning bets for NFL bettors despite the low passing output from the Ravens offense.

Jackson recorded his fifth rushing touchdown of the season but  wasn’t done as he recorded the 62.5 rushing yards needed for the over to hit on -145 odds as he continues to find rushing lanes in the Browns defense.

Jackson hasn’t been able to get much done through the air in the first half as he’s only completed three out of six passes. Any of the passing props for Lamar Jackson in this game are trending towards the Under hitting.

The reigning NFL MVP has another entire half to fill his statline as the Ravens and Browns find themselves in a close game going into halftime.

Dobbins' 33 rushing yards in the first half make those that took his live betting odds on him recording 25-44 rushing and receiving yards a winner at +160 odds.

Gus Edwards recorded 19 rushing yards on three carries and is still in play to go over the 28.5 total on the rushing yards for this game.

The Browns had a quiet first half on offense leading to many of their player props trending towards to the under. Monday Night Football live betting fans can still find some valuable halftime odds for many of Cleveland’s top players.

Nick Chubb scored all of the Browns’ points in the first half with two rushing touchdowns. Chubb hit his receiving prop line of over 7.5 yards in the process, catching a pass thrown from Jarvis Landry that went for 12 yards.

Chubb’s rushing line of 82.5 yards is still in reach as Chubb has 44 yards on 9 carries at halftime.

Baker Mayfield finished the first half with 134 yards and 0 touchdowns, right on his yardage prop pace of 214.5 yards. Mayfield will need to move the ball more effectively to his playmakers if he expects to reach these numbers in the second half.

One of those playmakers is Jarvis Landry, who hasn’t made much noise in the first half with just two catches for 15 yards.

Kareem Hunt has only carried the ball one time in the first half for four yards, well below his prop line of 10 carries for 45 yards. Hunt did have two catches for 11 yards in the first half.

Defensive end Myles Garrett left the game in the second quarter with an apparent elbow injury. Garrett was just one tackle shy of his prop bet of 3.5 total solo and assisted tackles at the time of his exit and is probable to return in the second half.

Heading into halftime, the Ravens held their 3.5-point favorite status for nearly the entire time. Even after the Browns' red zone drives, the Ravens were always favored by more than a field goal.

While the second half favoring Cleveland, everyone's bets are rather lined up with the closing odds.

One major betting note is on those who took the over for the total points on the closing line. With some room to work with, the MNF live points total ranged between 47.5 and 58.5, leaving a middling scenario worth considering. Those who took the under may have some work to do and could be out of luck.

Still, despite 35 points scored in the first half, it could be time to double down on the under for some bettors. The second half is set to kick off at roughly 10:05 p.m. ET.