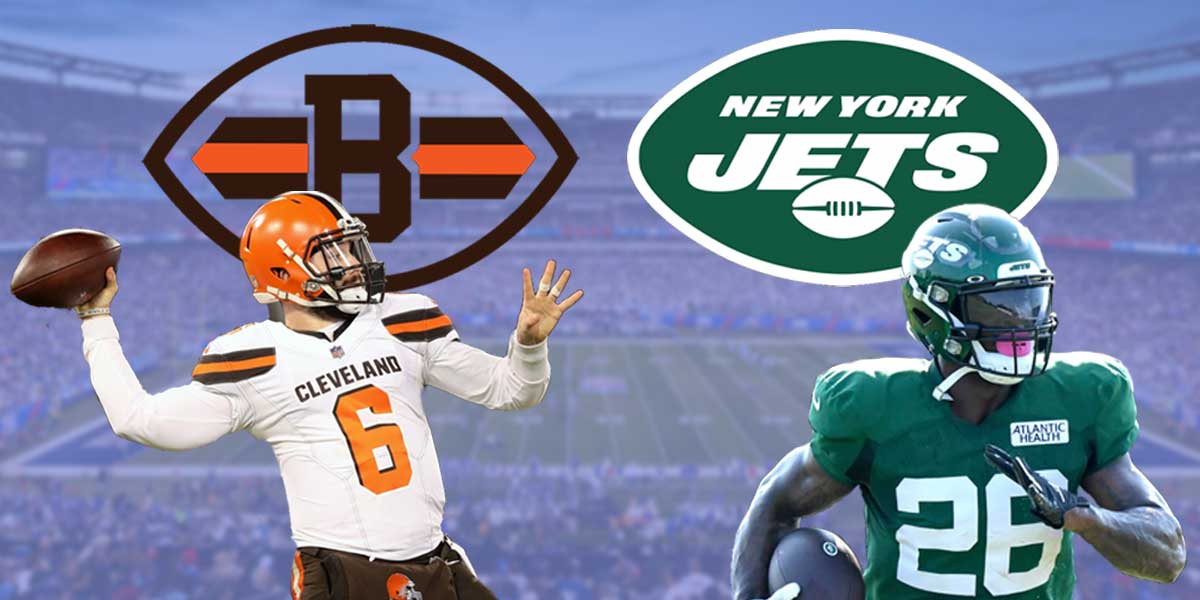 EAST RUTHERFORD, N.J. – Monday Night Football has arrived, and it features the Cleveland Browns on the road facing the New York Jets. Jets quarterback Sam Darnold will not be suiting up for this game as he will miss his first game due to contracting mono. Below we will look at some of the most intriguing prop bets at sportsbooks for USA players for this game.

Both teams come into this game looking to capture their first win of the season. The Jets have won five out of their last six games against the Browns but the Browns won the last time these two teams played by a score of 21-17. Furthermore, the Browns still lead the overall series 14-12. It will be hard for the Jets defense to contain Baker Mayfield and the high-powered Browns offense. The Browns come into this game as -6.5 favorites and the O/U is set at 45 points.

The Jets will be without their starting quarterback Sam Darnold and Trevor Siemian should look for Le’Veon Bell often out of the backfield, especially since Bell is one of the best pass catching running backs in the NFL.  The Browns have a pass rush that can really get after the quarterback and this game should be no different. In the season opener against the Bills, Bell had six catches for 32 yards and a touchdown, expect for him to match at least the catch output in this game.

The first person to score a touchdown for the Cleveland Browns in this game will be wide receiver Odell Beckham Jr. He didn’t catch a touchdown pass in the season opener, but he was targeted more than any other Browns receiver. The Browns will look to attack the Jets suspect cornerbacks through the air. This bodes well for Beckham’s outlook as he and Baker Mayfield will look to connect on their first of many touchdowns passes this season.

The Browns were intercepted by the Tennessee Titans three times last week, their offensive line struggled to give Baker Mayfield much time to find an open receiver. Baker will probably throw one interception in this game as Jets safeties Marcus Maye and Jamal Adams are one of the better safety duos in the league. Trevor Siemian is starting for the Jets and he has thrown 30 touchdowns to 24 interceptions for his career. With a Browns defense looking to avenge a poor performance from last week, look out for three turnovers at least in this game.

The Browns have a more talented team, their starting quarterback is playing, and the defense has something to prove today. The Browns will be an AFC playoff contender while the Jets may not even make the playoffs this season. Add in the fact that Trevor Siemian is starting for the New York Jets and linebacker C.J. Mosley won’t be playing it should be a big day for Baker Mayfield and the Cleveland Browns. Winning by double digits up to a dozen can prove to be a great payout for those willing to take the risk.

The Monday night game kicks off at 8:15 p.m. EST and will be broadcasted on ESPN.