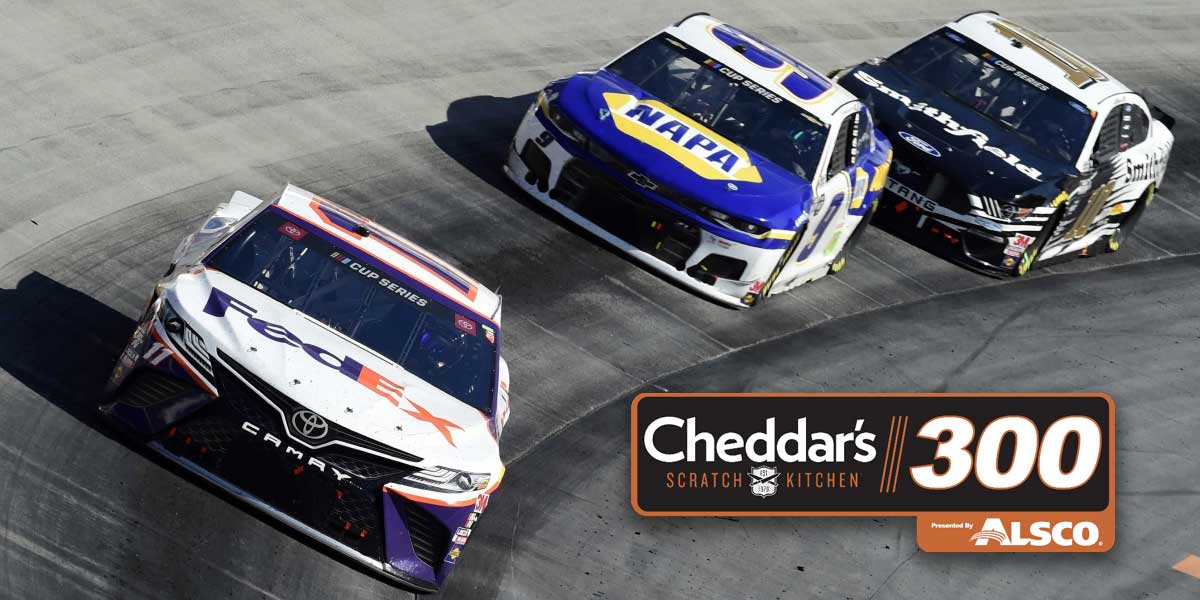 BRISTOL, Tenn. — The Cheddar 300 is the next race on tap for the NASCAR Xfinity Series and it’ll give sports bettors a popular sport to bet on Monday night.

The Xfinity Series has been one of the few sports leagues that have been able to continue its season amid the COVID-19 pandemic with no fans present watching the races. The Xfinity Series standings leader is currently Chase Briscoe who is the favorite at +300 odds to win the Cheddar 300 at Bristol Motor Speedway.

Winner: Justin Allgaier (+325). Allgaier has led the second-most laps in the Xfinity Series behind Chase Briscoe.

Although he hasn’t won a race all season, Allgaier has recorded two top-5 finishes and has finished in the top-10 three times this season.

Allgaier has +325 odds to win the Cheddar 300 and those odds should be taken confidently. Expect Allgaier to work his way to the front of the pack early as he tries to visit victory lane for the first time this year.

Not only can bettors place a bet on what driver will win the race but online sportsbooks have head-to-head odds to bet on which driver will finish in a higher position than the other.

Winner: Harrison Burton (+145). Burton has a tall task ahead of him for this prop bet especially if betting on him to pull off the upset against Chase Briscoe who has been dominating the Xfinity Series all season.

However, roll the dice on the Burton pulling off the upset and finishing in a higher position than Briscoe in this race because Burton will start the race from the pole position which gives him a better chance from the start of finishing in front of Briscoe.

Winner: Noah Gragson (+115). Noah Gragson has had a solid season thus far as in six starts he has recorded one win, three top-five finishes, and four finishes in the top ten.

Brandon Jones has had similar success this season with one win, two top-five finishes, and has been in the top ten three times but he does have one DNF on his record this season.

These two drivers will likely finish close to each other as they’re both in the top-10 of the Xfinity Series standings but take the odds +115 odds at mobile sports betting sites on Gragson finishing ahead of Jones in this race.

The Cheddar 300 will be taking place at Bristol Motor Speedway with the race starting at 7 p.m. ET and will be broadcasted by FOX.