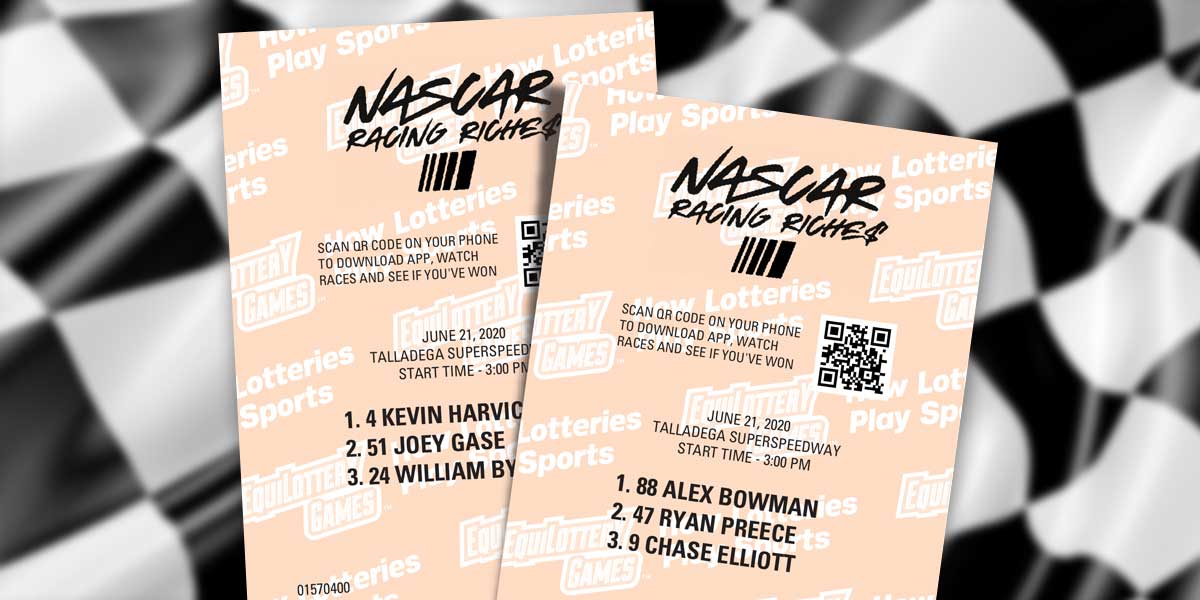 DAYTONA BEACH, Fla. - Game Developer EquiLottery Games and NASCAR announced the signing of a multi-year deal for a lottery game based on the results of live NASCAR Cup Series races.

The game is called NASCAR Racing Riches and is another way sports bettors can win money on live events.

The now licensed lottery draw game is set to be offered through local state lotteries as early as 2021.

“We are excited about the opportunities a relationship with NASCAR presents for lotteries,” said Brad Cummings, founder and CEO of EquiLottery Games. “When released, NASCAR Racing Riches will introduce both the sport and lottery to new consumers, while engaging existing customer bases. Based on our consumer research, this game is set up to be a winner for all parties involved.”

The game is simple, fans can purchase NASCAR Racing Riches quick pick tickets with three different drivers that are in that week's Cup Series race.

The chance to play the lottery draw game will run every week throughout the duration of the NASCAR Cup Series races.

The game is easier to win than most draw games because the odds of cashing out on a prize is 7 to 1. Winners of Racing Riches can receive payouts as cash prizes from $5 to $50,000.

EquiLottery Games has had multiple games based on auto-racing, baseball, basketball, football, hockey, and horse racing and has partnered with some professional leagues to create these first-of-its-kind lottery games.

Though it is not the first partnership, this agreement is the first daily lottery game based on the results of a live American sporting event.

This is a new opportunity for those who love betting on online sportsbooks to explore a new and exciting way to win cash prizes on NASCAR.