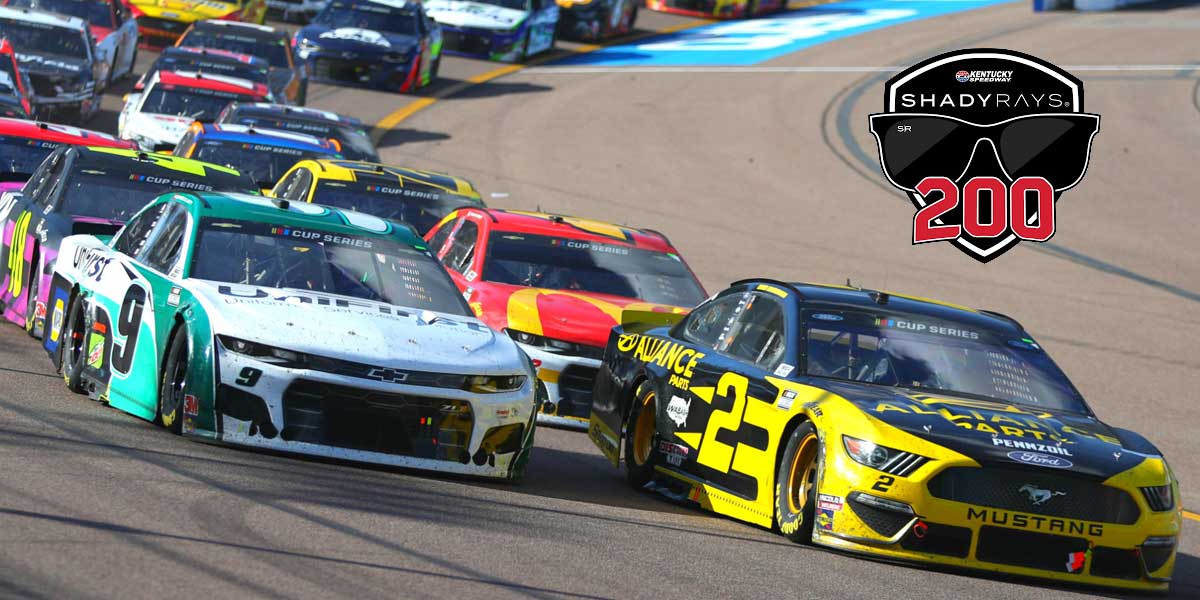 SPARTA, Ky. – The NASCAR Xfinity Series gears up to run under the lights Thursday night at the Kentucky Speedway.

NASCAR has launched a successful return to action over the past month that has seen many new fans tune in to the races in the absence of other sports.

Those new fans have paid witness to some terrific racing, including a dominant run in the Xfinity Series by #98 Chase Briscoe.

Briscoe looks to continue his other-worldly run by going for his fourth win in the last five races at the Shady Rays 200.

Seeing any NASCAR driver getting odds like +190 is reason in itself to consider taking the week off as a sports bettor.

Chase Briscoe has simply been that good over the course of this Xfinity season that he has completely warranted his heavily shortened odds.

In 13 Xfinity races this season, Briscoe has five wins and 10 top-ten finishes. This includes three wins in the last four races dating back to June 14.

At this point, one has slightly worse odds than a coin flip that Briscoe will win any given race in the Xfinity circuit. He is experiencing the kind of legendary run that sends drivers out of the Xfinity Series and into a car at the Cup level.

At +190, the value just isn’t there to take Briscoe, even though he might easily take the win.

One of the prime competitors to usurp Briscoe this week is Justin Haley, who can be found at around +2800 at most online sportsbooks.

Haley is the most recent winner on the season not named Briscoe after he took the checkered flag at Talladega back on June 20.

Haley also scored a second-place finish in last week’s Fourth of July race at the Brickyard.

First loser today. Proud of my @KauligRacing team. They gave me a fast @LeafFilter Chevy. pic.twitter.com/UZH3HkScaP

While Haley was able to get the win on a superspeedway in Talladega, he also proved he can be a problem on the shorter tracks in Indianapolis.

Getting Haley at +2800 is a terrific value with little risk.

Elsewhere, Jeb Burton sits in an interesting position down the board at +4400 odds to win.

Burton belongs to the JR Motorsports family, who have put together a speedy #8 car so far this season. The 8 has been recording fast times at every course this season, including a pole win at the Brickyard.

While Jeb will find himself in the middle of the field for the majority of the race, he has the speed to put himself in a favorable position down the stretch in a short race like this.

Getting one of the fastest cars on the track at +4400 is a strong play in any NASCAR field.