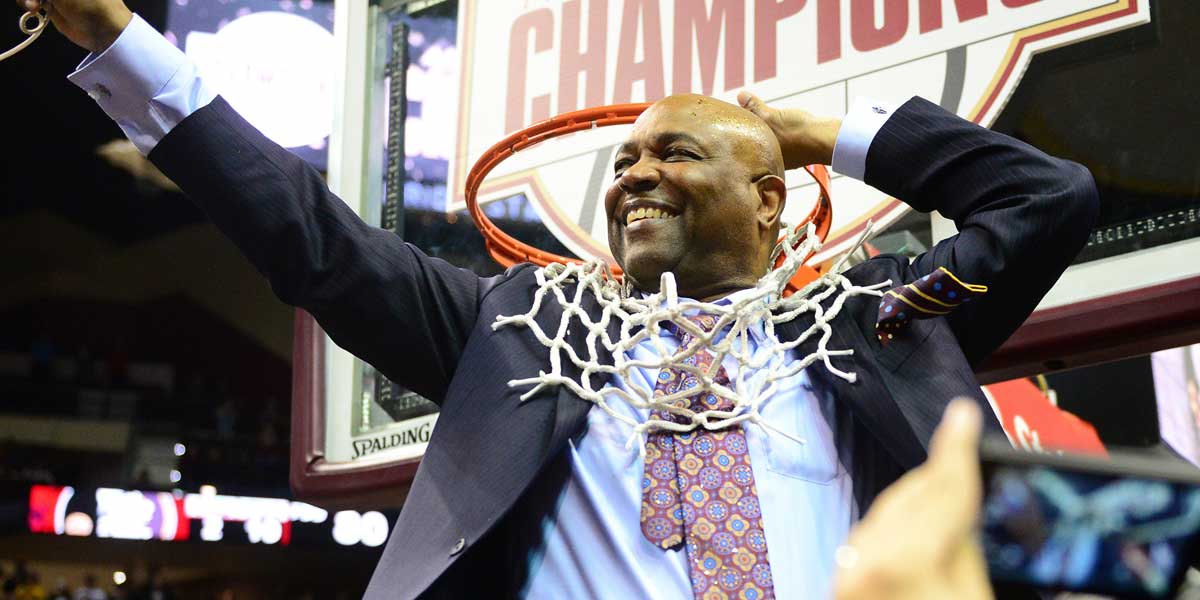 ATLANTA — With conference tournament week set to begin, there is still a lot of questions about who online sportsbooks have listed as the clear favorite is to win the Men’s NCAA Basketball Championship.

The Kansas Jayhawks, Gonzaga Bulldogs, and Dayton Flyers are deserving of their top rankings and short odds while the Michigan State Spartans are questionable.

The Baylor Bears, Duke Blue Devils, and Kentucky Wildcats have all been ranked number one in the country this year and are all still strong candidates to win the tournament. The Florida State Seminoles has been overlooked for the majority of the year, but will their new spot in the top four rankings earn them respect?

First off, Kansas is more than deserving of their number one spot in the AP Rankings and their list leading +500 odds to win the NCAA Tournament. The leader of this team is none other than Udoka Azubuike as he averages 13.7 points per game (ppg), 10.5 rebounds per game (rpg) and 2.6 blocks (blk). Devon Dotson has also been playing great with 18.1 ppg and 4 assists per game (apg).

They finished the regular season going 28-3 and 4-3 against AP top 25 teams. One of those wins was over a then number one ranked Baylor. In a nutshell, they beat all of the teams that they were supposed to and more. Look for them to go into the tournament as a one seed.

The Zags definitely belong in the top two in the rankings and second on the odds board at +800. Although, some could argue that they compete in a weak West Coast Conference.

They finished the regular season 29-2 and 3-1 against top 25 ranked teams. They usually do prove the doubters wrong come March Madness as they compete with the best of the best.

They are a deep team as they have seven guys that average nine or more points. Filip Petrusev has been great as he has averaged 17.8 ppg and 7.8 rpg. Another piece that this team has that others don’t is championship experience. That is where Killian Tillie comes in as he has won a championship with them and knows what it takes to get back to that point.

The Flyers have taken the country by storm as they did not start the season ranked at all. They do deserve the respect they’ve gotten in the rankings (#3) and odds list (+1000), but they only played against one ranked team this season and came up short. They do not have the experience that the other teams gave playing against ranked teams.

Not to take anything away from them as they’ve had an amazing season going 29-2 and are currently on a 20-game win streak. Also, Obi Toppin has shown why he is an elite talent with 20 ppg and 7.5 rebounds, but he is the only player on this team that could really match up against the bigger conference teams.

The Spartans spot on the odds board has shocked the world as they sit fourth at +1000. They started the season ranked at the number one spot and even fell unranked at one point. They are however deserving of their top ten ranking at 9. They are 22-9 and 5-3 against top 25 teams.

Cassius Winston is undoubtedly the leader on this team as he averages 18.6 ppg and 5.9 apg. But, bettors should be wary about wasting their time or money betting on the Spartans. Michigan State has disappointed fans and bettors several times this season, showing their susceptibility to losing early in the Tournament.

Baylor, Duke, and Kentucky are all teams that even though their odds are not in the top four, they still have a chance at taking the championship. They should all have higher odds than Michigan State when looking at their resumes and AP rankings.

Unfortunately, for Baylor, they fell out of the top four in the rankings. They went 26-4 and 6-1 vs. Top 25 teams. They should definitely have better odds than +1200. They are a deep team with eight guys averaging more than 11 minutes a game.

They were ranked number one as they have a good top 25 record including split games with Kansas. The duo of Jared Butler and MaCio Teague has led the way for this team all season and fans should look for them to make a deep run in the tournament.

Coach K. and the Blue Devils can never be counted out. They went 25-6 in the regular season 3-1 against top 25 teams. One eye-opening statistic is that they lost to five unranked teams this season and still remained a top-ranked team and have short odds to win the NCAA Tournament. That should say something about how respected this program is.

If Duke wants to prove their doubters wrong, Tre Jones and Vernon Carey Jr. must do more than they already are and lead this team. They must have a strong ACC tournament outing in order to boost their odds. They currently sit at +1200 to win the National Championship.

The Wildcats (+1400) deserve to be higher than what they are favored at now. They finished the season 25-6 and 4-2 against top 25 teams. Four of their losses came against unranked teams. They did have impressive wins over a number one ranked Michigan State and a third-ranked Louisville.

This team should not be looked at lightly despite their record. They have star talent on the floor at all times with Immanuel Quickley, Nick Richards, Tyrese Maxey, and Ashton Hagans. These four studs need to continue their strong play and maybe more if they want to make it to the championship.

Coming into the season not being ranked, the Seminoles have become a force to be reckoned with as they’ve pushed themselves to a number four ranking in the AP polls. They should be considered a big-time dark horse team as they went 26-5 on the season and 4-1 vs top 25 teams.

They have a deep team as well as they have 11 guys that play every single game. They have solid veteran experience with Trent Forrest leading the way with 11.6 ppg, 4.4 rpg and 4 apg. Devin Vassell has been a great factor as well as he averages 12.7 ppg and 5.1 rpg.

This team matches up with just about anyone in the country and should not be overlooked by college basketball bettors. Florida State’s odds at winning the NCAA championship sit at +1600.