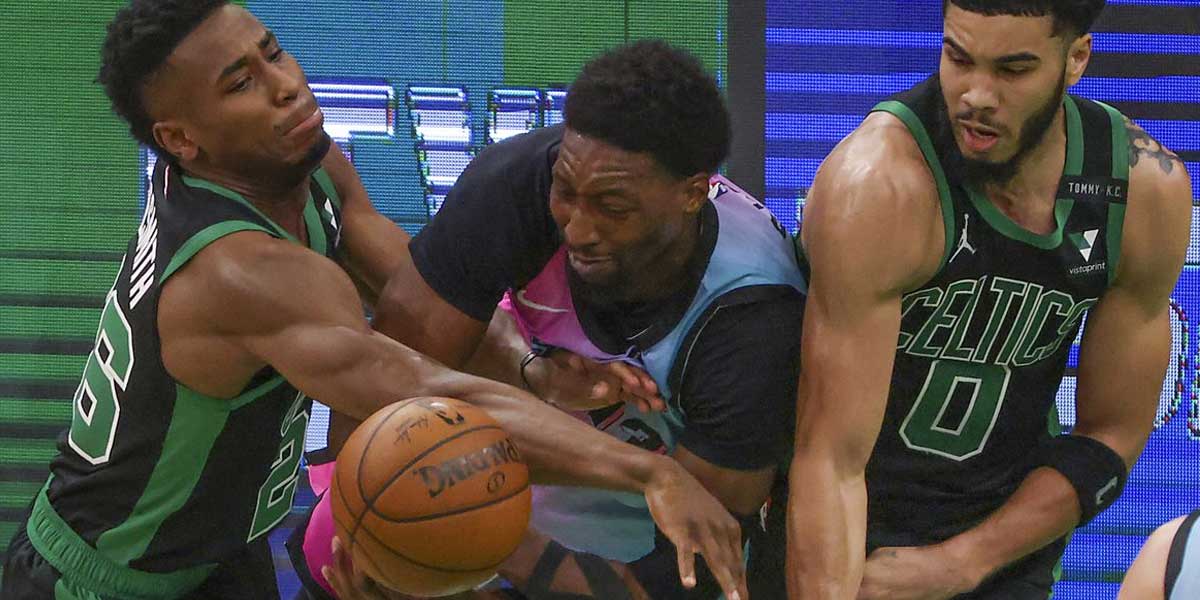 BOSTON – The Boston Celtics (35-33) will host the Miami Heat (37-31) on Tuesday night in a game with huge playoff implications. The Celtics are fighting to move out of the seven seed and avoid the play-in tournament while the Heat are currently two games up and slotted in the sixth spot.

This game is absolutely huge for both teams. A win for the Heat would all but assure that the team would avoid the new play-in tournament, while a loss for the Celtics would practically guarantee a spot in the play-in.

Boston is two games back on the Heat in the fight for the sixth seed in what makes this a huge swing game in the Eastern Conference. However, things won’t be easy for the Celtics as they will be without Jaylen Brown for the rest of the season.

The news that Jaylen Brown’s season is over leaves the Celtics with a 24.7-point, 6.0-rebound and 3.4-assist sized hole that needs to be replaced. Boston is 5-5 without Brown in the lineup this season, including a loss on Sunday to the Heat. Online sportsbooks are expecting a similar outcome as on Sunday as the Heat are listed as 1.5-point favorites.

Life without Brown means that the Celtics are essentially on the back of Jayson Tatum and Kemba Walker. Tatum may have to step into a Steph Curry type of roll where he’ll need 35+ every night for the team to have a chance.

What If The Heat Lose?

The Heat have a tough road ahead. Miami will close out the season with the Philadelphia 76ers and the Milwaukee Bucks before playing the Detroit Pistons. Winning this game tonight makes Miami’s life a whole lot easier.

The Celtics on the other hand have a pretty easy final stretch. Boston will play the Cleveland Cavaliers, Minnesota Timberwolves and New York Knicks to end the year. Given the teams’ schedules, both teams probably consider this game a must win.

NBA bettors may want to side with the Heat in this game due to the Celtics’ inconsistency without Brown. Miami was able to see what the Boston offense looks like without Brown just a couple of days ago and was able to win and thus should be able to do so again Tuesday night.