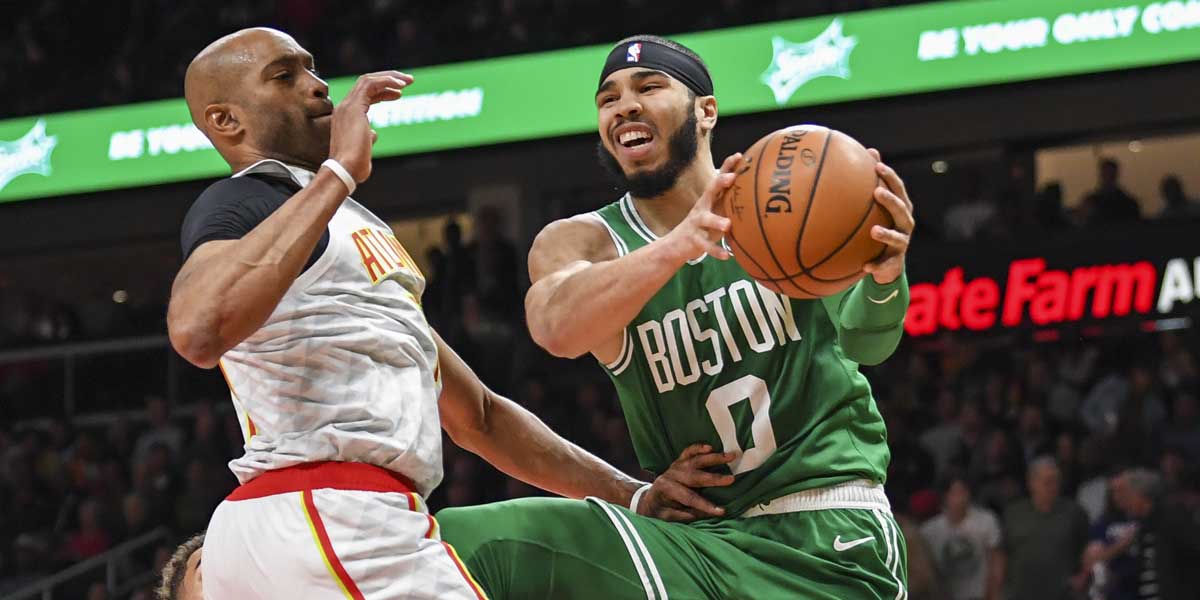 BOSTON – The NBA season is a little more than halfway over with most teams having already played more than 50 games this year.

The Atlantic Division is made up of the Boston Celtics, Brooklyn Nets, New York Knicks, Philadelphia 76ers, and the defending champions in the Toronto Raptors. If the playoffs were to start today, four of the five teams in the Atlantic Division would have a spot in the postseason.

Outside of the Knicks, this division is loaded with talent and more than likely features the team that will be representing the Eastern Conference in the NBA Finals.

In the wake of superstar Kawhi Leonard’s departure, the Toronto Raptors have recovered well. The team is currently in the driver’s seat of the Atlantic Division with a 36-14 record and they currently have a firm grip on the No. 2 seed in the Eastern Conference.

The Raptors did win the division with a 58-24 record a season ago while they were on their way to winning the franchises' first-ever NBA Championship. The Raptors still have some core players left on their roster from that NBA Finals team including Pascal Siakam, Fred Van Vleet, and Kyle Lowry.

The Raptors +125 odds to win the Atlantic Division are the shortest and only tied with the Celtics. Toronto has captured three of the last four Atlantic Division titles and this year should be no different. The Raptors are the hottest team in the NBA right now as they’re currently riding an 11-game winning streak.

Any bet on the Raptors winning the division is likely the winning bet as the team is starting to hit its stride and has kept its key players healthy for a postseason run.

Take the +125 odds on the Raptors before the odds get shorter because only a slight profit would be able to be made on the Raptors once they become the favorite.

The Boston Celtics have arguably the best coach in the NBA in Brad Stevens and a talented roster that has kept them floating around the top of the Eastern Conference for most of the season.

The Celtics currently have a 34-15 record which gives them the No. 3 seed in the East. USA online sportsbooks have Boston listed with the shortest odds to win the division at +125.

The Celtics only trail the Toronto Raptors by 1.5-games for the division lead and should be one of the only two teams considered as having a legitimate shot at winning the Atlantic Division.

With players like Jalen Brown, Kemba Walker, and Jason Tatum leading the way the Celtics are a versatile team that can match up with just about any team in the NBA.

Bettors should feel very comfortable placing a bet on the Celtics Atlantic Division odds this season.

The Philadelphia 76ers have been one of the most disappointing teams in the NBA so far this season. With Ben Simmons and Joel Embiid leading the way, this team should have a much better record than 31-20.

The 76ers have not won the Atlantic Division since 2001 when Allen Iverson led the franchise to the NBA Finals. The drought seems likely to continue this year with both the Raptors and Celtics both having at least a three-game lead on the 76ers.

However, the 76ers are the only team with enough talent to make a shocking late push up the Eastern Conference standings as they try to get out of being the sixth seed in the postseason. For the 76ers to run away with the Atlantic Division after the all-star break, they’ll have to play better on the road.

With a 9-18 road record this season, the 76ers will have to show up away from home or the +350 odds that are listed won’t even be worth a wager.