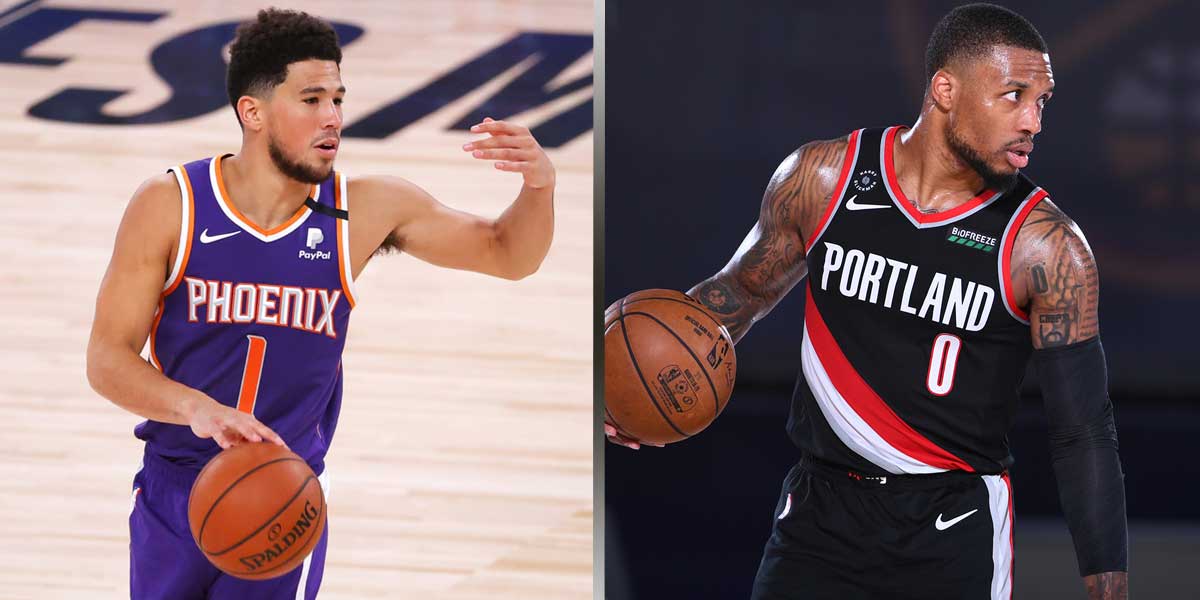 ORLANDO, Fla. – The NBA playoffs are officially on the horizon with the last of the seeding games from the bubble taking place Thursday and Friday.

With those games come major playoff implications in the Western Conference where four teams are currently battling it out for the chance to advance.

The current bubble format will allow the two teams in eighth and ninth to play in a unique play-in series to decide who gets the final spot in the playoffs.

The Portland Trail Blazers have elevated themselves to that No. 8 slot, led by the monumental heroics of Damian Lillard.

After losing to the Los Angeles Clippers at the very end of the game Saturday, Lillard went and played two of the best games of his career.

Dame scored 51 against the Philadelphia 76ers and followed that up with a 61-point performance against the Dallas Mavericks on Tuesday.

Lillard becomes the first Blazer with back-to-back 50-point games and gets the dub. pic.twitter.com/ilpI2ratsP

This bet is obviously directed at Damian Lillard, with the question asking if he will be able to keep up his nuclear scoring habits into the play-in series.

The odds for scoring 40 points are just the beginning, with more props available for anyone to score 50+.

Now things get interesting. Scoring 50 points is only something Lillard has done a handful of times and has only been achieved by a few select players.

Luckily for basketball bettors, one of those players is also on the Blazers in Carmelo Anthony.

While Melo certainly isn’t dropping 50 like he used to, he isn’t the only possible candidate in the running here.

Bettors should pay attention to who Portland will be matching up within the play-in games. The team with the best chance at helping out this bet is undoubtedly the Phoenix Suns, and specifically Devin Booker.

With Booker playing the way he has been scoring 50+ would be miraculous, but not necessarily surprising.

Regardless of which teams the Blazers face, expect Damian Lillard to give it everything he has and put up a few more big numbers to ensure his team makes the postseason.