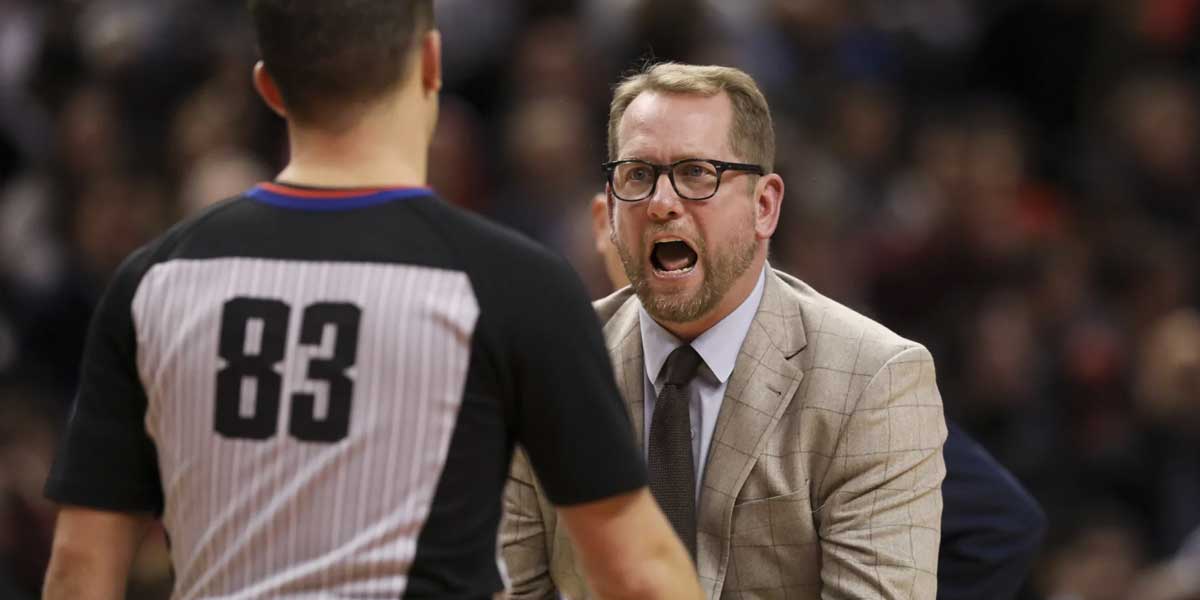 TORONTO – The Toronto Raptors once again find themselves among the best teams in not only the Eastern Conference but throughout the entire NBA.

Led by second-year head coach Nick Nurse, Toronto’s 43-18 record has earned them the No. 2 seed in a top-heavy Eastern Conference. The Raptors have looked solid in their title defense, despite losing 2019 NBA Finals MVP Kawhi Leonard in free agency to the Los Angeles Clippers.

Betting Nick Nurse For Coach of the Year (+110)

Nurse has been one of the main reasons the Raptors could lose a player like Kawhi and remain among the best teams in the NBA. In his two seasons as head coach of the Raptors, Nurse has complied a 101-42 regular-season record.

The recent run of success has put Nurse at the heart of this year’s NBA Coach of the Year conversation.

The sportsbook BetOnline has Nurse listed at +110 to win his first career Coach of the Year award and mark the third time a head coach from the Toronto Raptors organization has earned such honors.

On the odds board, only one coach has shorter odds than Nurse: Milwaukee Bucks head coach Mike Budenholzer (-110). The Bucks have the best record in the NBA and Budenholzer is the favorite to win back-to-back Coach of the Year awards.

The only coach with a realistic shot at snatching the award from the favorite Mike Budenholzer is Nick Nurse especially if the Raptors fend the Boston Celtics for the second seed in the Eastern Conference.

The Raptors coach will have a compelling case for winning the coach of the year award. Keeping Toronto competitive this season while having to replace one of the best players in the NBA and dealing with a plethora of injuries to key players this season is no easy task. Nurse has dealt with circumstances that other coaches haven’t had to deal with this season and he’s also exceeded expectations.

Take the +110 odds on Nurse and a return might be on the way from sportsbooks once the regular season awards are handed out.