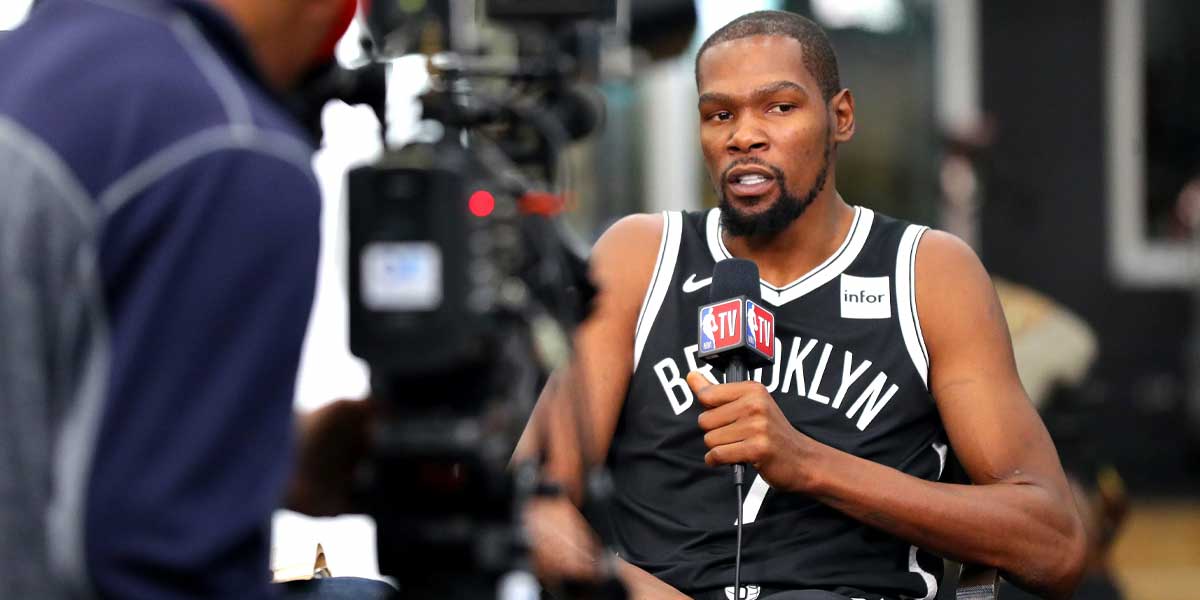 ORLANDO, Fla. – The Brooklyn Nets have been seen as an average NBA team this year, sitting in the seventh seed of the eastern conference standings. That could all change come playoff time if Kevin Durant suits up for the first time this season after tearing his Achilles last year.

Nearly every online sportsbook took note of this and prepared their odds as if Durant was going to play.

“I would rather be cautious and deal 60-1 than get hurt when we hear news [of Durant returning]— I don't want to post 150-1 odds and the problem is you take a bet of a couple thousand and it pays $300,000 and you're stuck if [Durant is] good,” said Jeff Davis, Caesar's director of trading.

Kevin Durant is arguably one of the greatest scorers and players in the modern NBA era and makes his presence known every time he steps foot on the floor.

The possibility of his presence alone is the reason that the Nets NBA Championship odds shortened the way they did.

Durant’s presence when he is on the floor is remarkable. During the 2019 regular season, there was a +13.8-point difference when he was on versus off the floor.

Kevin Durant is the type of player that is going to bring that same energy to any team that he is playing for, which is why the Brooklyn Nets odds are now where they are.

Make no mistake, when KD was on the Warriors, they could’ve been argued as one of the greatest teams of all time. But, now that he has moved on to the Nets, he is looking to shine a light in Brooklyn.

The Nets have a young team with very little playoff experience. Durant is looking to not only educate this young team about playoff basketball but also lead them in the postseason with the help of Kyrie Irving.

The Nets have the talent across the board to match up with just about any team. They have elite rebounders and defenders in DeAndre Jordan and Jarrett Allen. They have one of the best three-point shooters in the league in Joe Harris. Also, they have all-around players like Caris LeVert and Spencer Dinwiddie.

Plugging in Kevin Durant and Kyrie Irving to this equation pushes this team over the top as one of the elites in the eastern conference. Bettors looking to make a sweet longshot bet on the NBA Playoffs, the Nets are the way to go.