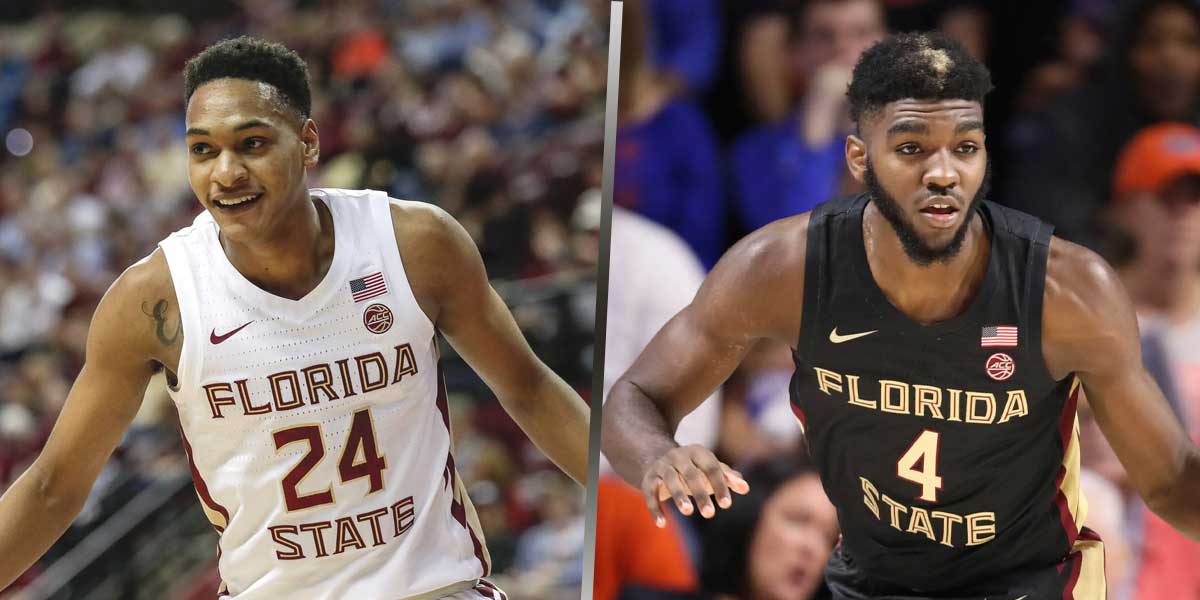 TALLAHASSEE, Fla. — With the NBA Draft on the horizon, it is time for NBA bettors to begin getting their draft prop bets in. The NBA Draft is scheduled to take place on November 18 at 7:00 p.m. EST.

One NBA Draft prop bet that is listed on online sportsbooks is that of how many players the Florida State Seminoles will have drafted in the first round.

Williams was a one-and-done player for the Seminoles where he averaged 9.2 ppg, 4.0 rpg and 1.0 apg in his one year off the bench for FSU. Williams went into FSU as a five-star prospect that was already on NBA team’s radars. Being that he has already made a name for himself to some teams, NBA bettors do not have to worry about him falling out of the first round.

As for Devin Vassell, he made a name for himself during his sophomore season with the Noles as he went for 12.7 ppg, 5.2 rpg and 1.6 apg. Vassell was not highly scouted going into college as he was a three-star recruit but has turned out to be one of the best wing players in the country. With that being said, Vassell has also marked his name as a lottery pick in the 2020 NBA draft.

Vassell and Williams are just two of three Seminoles that have declared for the NBA Draft with the third player being Trent Forrest who averaged 11.6 ppg, 4.4 rpg and 4.0 apg during his senior season. Forrest, however, has not cracked the first round in any mock drafts as this seems to be a point guard-heavy draft.

With that said, it is very likely that Vassell and Williams alone will cause these NBA odds of how many FSU players are drafted in the first round to result in a push. While it is unlikely that Trent Forrest will help push this line Over, the worst-case scenario is a push. This makes it one of the safest NBA Draft bets basketball fans could make.