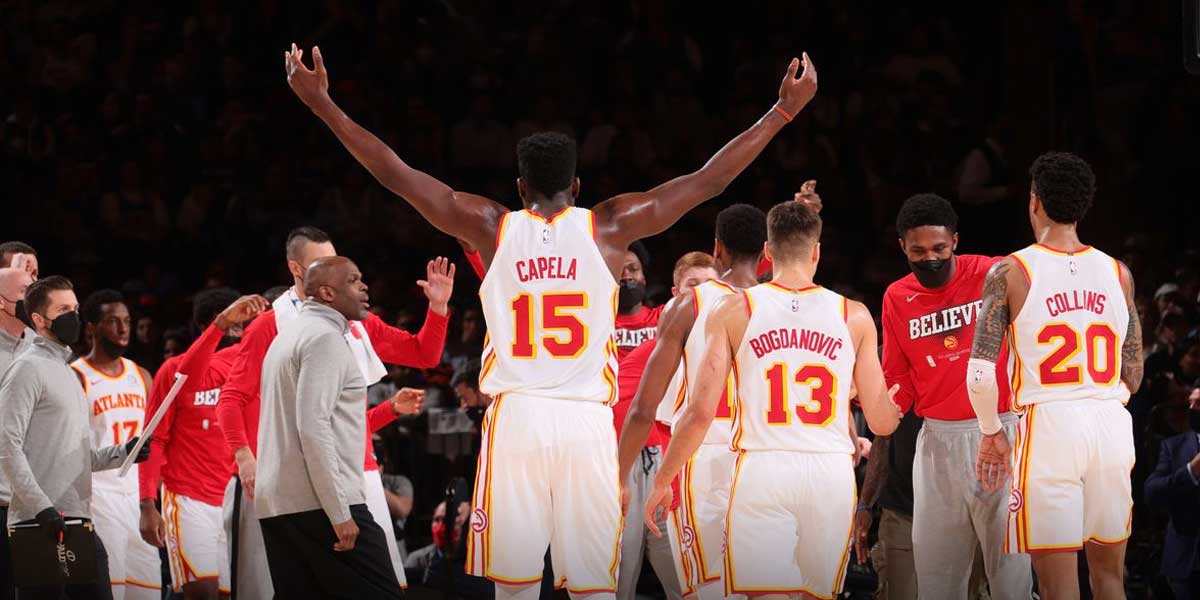 LAS VEGAS — Sports bettors worldwide have cashed out lately on underdogs all over the sports world, specifically in the NBA and NHL Playoffs.

All three underdogs in Game 5 of the second round of the NBA Playoffs came out on top while in the NHL, the Montreal Canadiens won who were also underdogs.

Getting into the NBA betting action, on Tuesday night, online sportsbooks had the Brooklyn Nets listed as +165 underdogs to the Milwaukee Bucks being that they were missing Kyrie Irving and James Harden was not fully healthy.

That clearly did not matter as Kevin Durant put the team on his back as he poured in 49 points, 17 rebounds, and 10 assists and helped that secure a win and series lead.

Fast forward to Wednesday’s NBA Playoff games, the Atlanta Hawks were seen as +255 underdogs to the 76ers but overcame all odds as Trae Young scored a playoff career-high of 39 points and wheeled the Hawks back from being down 26 points in the third quarter to pull off a three-point win.

As for the Los Angeles Clippers, they were given +300 NBA odds to beat the Utah Jazz with the news that Kawhi Leonard would be out indefinitely with an ACL injury but held on to take a 3-2 series lead.

Those that took the chance on either of these teams saw a nice return, however, those seasoned sports bettors are the real winners.

Bettors saw similar results in the NHL,  with the Montreal Canadiens cashing in on their +210 NHL odds over the Vegas Golden Knights, where a $100 would have won $210.

All in all, bettors could have gone about betting on these games very differently. Those that would have thrown the Canadiens +210 odds, the Hawks +255, and Clippers +300 odds would have been the winners of $4.3k.

Those that want to continue on the underdog trend can do so on Thursday at 8:00 p.m. EST on USA Network for Game 3 between the Tampa Bay Lightning and New York Islanders and again at 8:30 p.m. EST for Game 6 between the Milwaukee Bucks and Brooklyn Nets on ESPN.