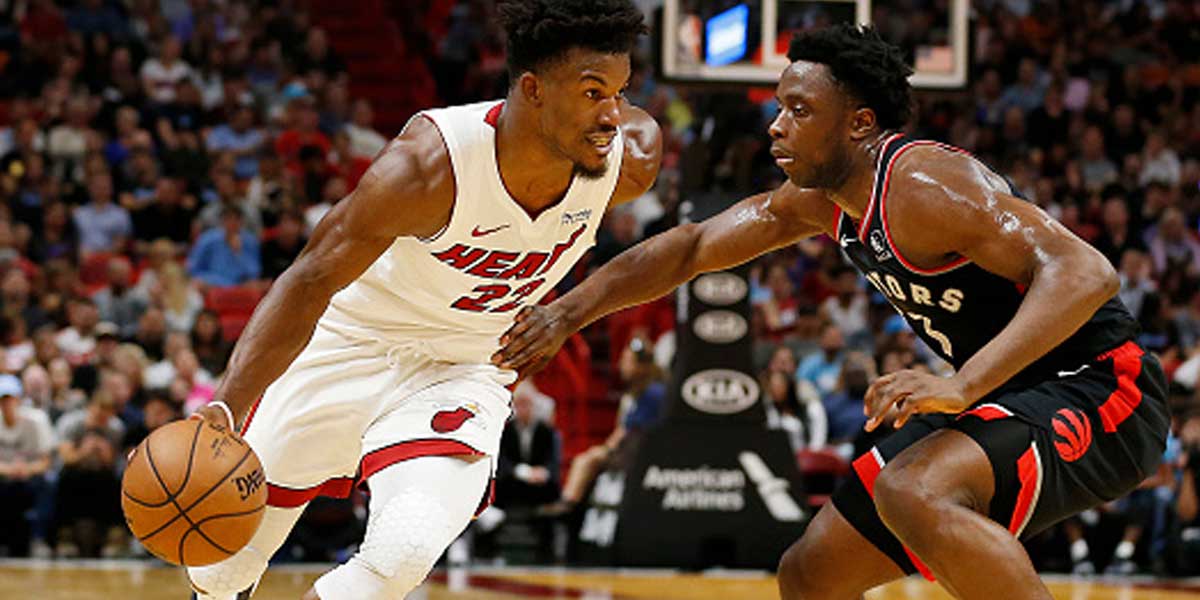 ORLANDO, Fla. – There is a full day’s worth of NBA basketball being played Monday and bettors should be getting their bets ready as there are some big games being played.

Closing out the night, online sportsbooks have the Los Angeles Lakers favored over the Utah Jazz. This will be the last game played today as it starts at 9:00 p.m. EST

The Lakers are heavy favorites here for a reason here as they are the strongest team in the Western Conference. The Lakers and Jazz have faced off twice before this season where the Lakers took a win in both games.

The Jazz have absolutely no answer for LeBron James and bettors can expect the Lakers to easily take care of business here. As for the spread, again the Lakers should not have any problems here at all as in their first two meetings, they easily beat the Jazz and beat the 6.5 point spread with ease.

Not to mention, in their last seven games, they have beaten the spread six times. Bettors can count on the Lakers to beat the spread once more.

Looking at the over/under for total points, 216.5 could seem a little high for these teams. In their previous two meetings, the over was just beaten once and barely at that as it was 217. Something else to take note of is that the Lakers have hit the over just three times in their last ten games while the Jazz have gone over juts four times.

The Raptors and Heat should be a heavy-hitting matchup as both of these teams are powerhouses in the Eastern Conference. The Raptors are currently favored here but bettors should not be quick to bet on them.

In their previous two meetings, the Heat were victorious in both games. Not to mention, Miami has been one of the biggest surprise stories this season as no one expected them to be where they are right now. With that being said, Miami has Toronto’s number down pact and bettors can believe that the Heat will most certainly look to upset the defending champs.

The spread here should not be an issue to cover at all. In their first two meetings, Miami beat the spread with ease.

Not to mention that in their last 10 games, they were able to beat the spread in eight games. As for Toronto, they are currently on a five-game win streak where they have beaten the spread each time.

The over/under for total points here could lean towards the under. In the two games that they faced off before the over was hit just once. In Miami last ten games played, they managed to hit the over six times while Toronto has managed the over four times. Bettors here can take the under comfortably.

It’ll be a solid east versus west battle in this one as the Philadelphia 76ers and San Antonio Spurs will face off for the second time this season. The 76ers are the heavy favorites here as they came away with a victory the first time around

As mentioned before, the 76ers took the win the first time these two teams met, and bettors can expect them to take another one here.

The 76ers have the Spurs beat across the board, especially at the center spot where Joel Embiid could easily overtake Jakob Poeltl. Being that they are outmatched, bettors can and should take Sixers NBA odds with no hesitation.

Philly should be able to cover the spread here no doubt as not only did they cover the first time around when they played, but in their last ten wins, they covered it eight times. As for the Spurs, their last ten losses, unfortunately, have come covering the 7-point spread also.

Back out in the Western Conference, the Denver Nuggets and the Oklahoma City Thunder are battling for seeding purposes as the Nuggets currently sit in third in West while the Thunder are just 1.5 games behind in sixth.

The Thunder are the easy favorites here as they are fully 100% healthy as Shai Gilgeous-Alexander and Andre Roberson have rejoined the team in the bubble and have proven to be the difference-maker. The Nuggets on the other hand, have three starters who have yet to play in the bubble in Jamal Murray, Gary Harris, and Will Barton.

With the Nuggets so shorthanded, bettors can lean on the Thunder to take the win here.

With the Nuggets having three total starters out, the over/under for total points might seem too high for this matchup. In their past two meetings, even when both teams were healthy, the over was not hit at all. That alone should push bettors to take the under.

The Indiana Pacers should have an easy win here today over the Washington Wizards in their second meeting of the season.

Bettors who are looking to make some easy money here should be betting on the Pacers here with no questions asked. In their first meeting, the Pacers took an easy win with a final score of 121-106.

The Wizards problem is that they are very short-handed as they are playing without their top two players in Bradley Beal and John Wall which is forcing them to rely on their rookie power forward, Rui Hachimura. With that being said, the Pacers should easily best them here.

In addition, Indiana is expected to beat the spread here as the Wizards just do not have what it takes to cover them on the defensive end. That was shown in their first meeting which ended in a 15-point victory. Bettors can bank on Indiana covering the spread.

The over/under for total points here could see the under as well, being that both teams are actually shorthanded. Aside from the Wizards missing Beal and Wall, the Pacers are missing one of their all-stars as well in Domantas Sabonis. Even when both teams had their stars, with the exception of Wall for the Wizards who has been out all year, they did not hit the over either. Bettors can take the under here and get their wallets ready.