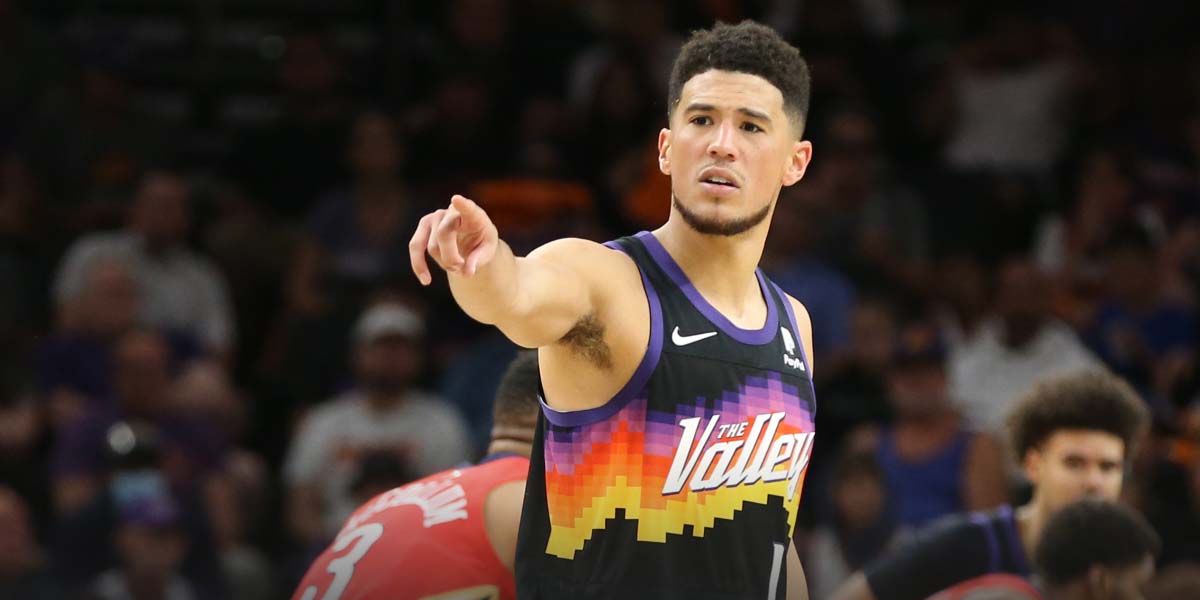 PHOENIX – As the NBA Playoffs continue, there have been some unfortunate injuries to both the Phoenix Suns and Milwaukee Bucks. The two teams to make it to the 2021 NBA Finals. With these injuries, both of their odds have seen shifts.

Looking at the Suns, their star shooting guard, Devin Booker, suffered a strained hamstring and is expected to miss between 2-3 weeks. On the Milwaukee Bucks, Khris Middleton went down with a sprained MCL that will force him out for the remainder of the first round.

With Booker going down, the Suns are losing their leading scorer being that he put up 26.8 ppg this season. The Suns were also barely above a .500 record without him this season going 8-6.

As for their NBA Playoff odds, the Phoenix was the favorite to win both the Western Conference Finals and the NBA Finals but have since shifted back with Booker going down.

They are still the series’ favorite and a heavy one at that with -280 odds to defeat the New Orleans Pelicans even though the series is headed to NOLA for the next two games.

In Game 3 though without Booker, online sportsbooks have given them just a 1.5-point spread in their favor.

Moving on to Milwaukee, the loss of Middleton, might not seem like it has the same effect as the loss of Booker, but the Bucks this season are 1-3 without him and 84-93 all-time without him. He finished the season as the second-leading scorer on the team with 20.1 ppg.

Their odds did take a slight tumble with Middleton going down. They were favorites to win the Eastern Conference Finals but moved back to the third shortest odds there.

On the finals odds, they held the second shortest odds and moved down to the sixth shortest. The only spot where they stayed the same was on the series price odds where they remained a -250 favorite to win the series over the Chicago Bulls.

The game odds for Game 3 also took a massive hit as the Bucks are now just a 2.5-point favorite compared to the 10.5-point spread that was given to them in Game 1 and 10-point spread in Game 2.