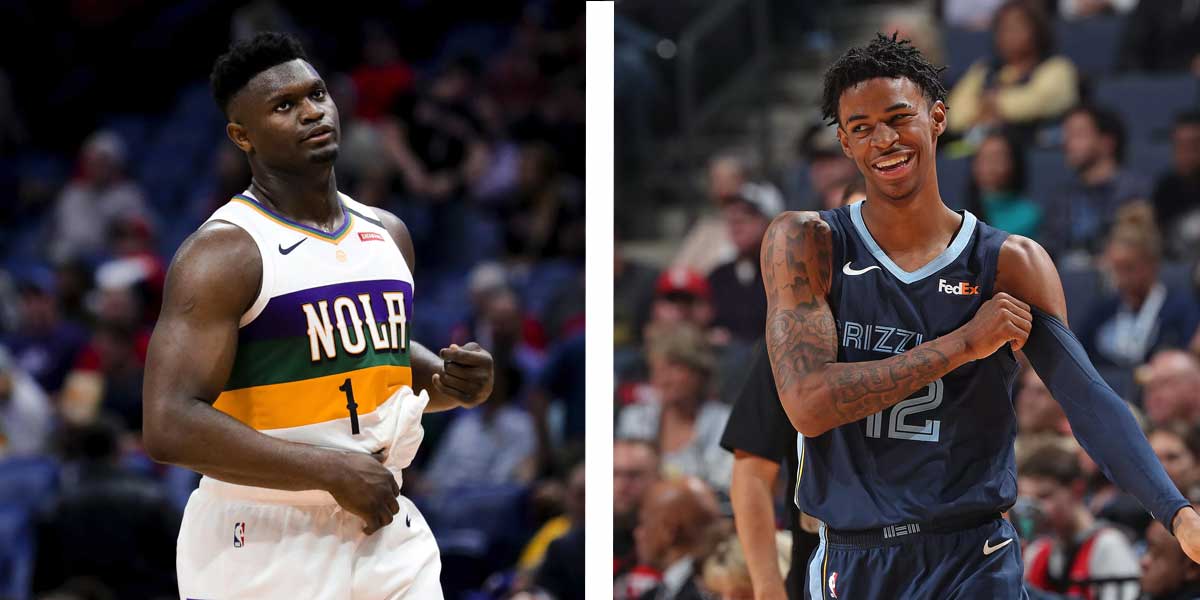 CHICAGO - Zion Williamson and Ja Morant are ready to Tip-Off tonight for the Rising Stars Game. This game is highly anticipated as both players have been on an absolute tear for their respective teams.

As if this game couldn’t get any better, NBA fans finally get to see Zion Williamson and Ja Morant share the court together. However, they will both be representing team world tonight so we’ll see how they can feed off of each other. The race for the MVP has online sportsbooks teetering on both player's sides as they lead the race for the award.

Zion Williamson was a late addition to the game after making an immediate impact in just 10 games. Being the circumstances, fans would think that his odds to win the Risings Stars Game MVP would be low.

It is the complete opposite as Williamson is currently leading the in the odds at +275. This should tell the fans something, it should tell them to watch as much Zion as possible as he is a generational talent.

Morant, on the other hand, has not skipped a beat this season at all. He has had an exceptional rookie campaign as he is in a position to lead the Memphis Grizzlies to the playoffs after the franchise missed them the past two seasons. Morant’s odds to win the Rising Stars MVP are at +400 which is surprising since he has had such an impact throughout the season.

Race For Rookie Of The Year

The Risings Stars MVP award is not the only award that Zion and Ja are fighting for. The Rookie of The Year Award is up in the air between the two lead rookies.

Ja Morant has proved night in and night out that he deserves to be the rookie of the year. He is averaging 17.6 ppg and 7 assists. As mentioned before, he is on pace to take the Grizzlies to the playoffs this year as they currently sit in the 8th spot but are only 4.5 games out of taking control of the 6th seed. His Rookie of The Year odds are leading the way amongst all rookies at -250.

Zion Williamson on the other hand, being the must-see talent that he is, has wheeled his way into the Rookie of the Year conversation after just 10 games. In these ten games, he has averaged 22.1 ppg and 7.5 rpg. He is currently in the top-10 in scoring per 36 minutes in the league.

The intriguing aspect of the matter is that if Williamson were to win, he would win it having played the fewest amount of games (37) in the history of the award winners. With that being said he would have to not face any injury setbacks that cause him to miss more time.

Williamson's Rookie of the Year odds are at +275 which is second right behind Ja Morant.