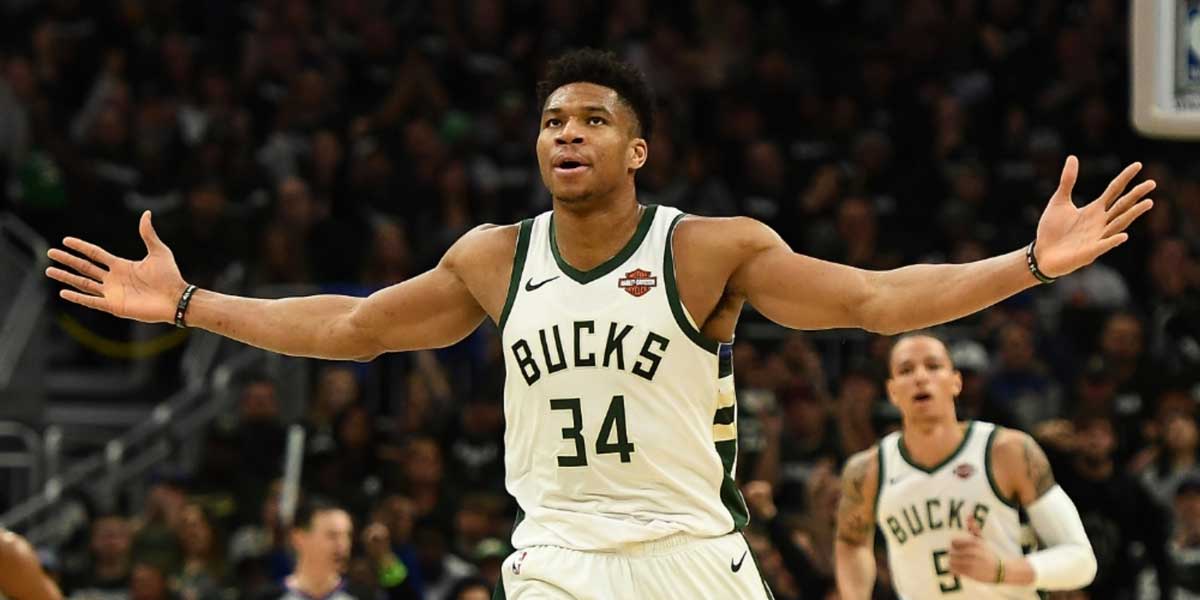 TALLAHASSEE, Fla. – With the NBA season set to begin Tuesday night, there are many betting NBA betting options available at sportsbooks this season. With the landscape of the NBA drastically shifting this offseason, the league is more balanced than it has been for a while and this should make the NBA season more exciting to follow - especially for bettors.

We’ve got some early odds for some of the key award races in the NBA to start the season below.

The NBA MVP race will be one of the most heavily bet on props throughout the NBA season. The early preseason odds at sportsbook have Milwaukee Bucks forward Giannis Antetokounmpo with the shortest odds to win his second consecutive NBA MVP award at +300. With big-name stars like Los Angeles Lakers forward LeBron James (+700), Golden State Warriors point guard Stephen Curry (+500), and Houston Rockets guard James Harden (+800), players will all be making their cases for the award throughout the season.

Giannis won the MVP last year while averaging 27.7 points, 12.5 rebounds, and 5.9 assists. All while taking the Bucks to their first Eastern Conference Finals appearance since 2000. Antetokounmpo should record a similar stat line to the one he posted last year, if not better. With the Bucks letting former Rookie of the Year Malcolm Brogdon go via free agency, more of the offensive workload should be on Giannis. If Giannis leads the Bucks to the No. 1 seed in the East again this year, he’ll likely bring home back to back MVP’s, something we haven’t seen since Stephen Curry won his two MVP’s from 2013-2015.

Defensive Player of The Year

The Defensive Player of the Year race this season will be a tight one. With some of the best defenders in the NBA coming into this season healthy, the race for this award has become even more competitive.

Sportsbooks currently have Utah Jazz Center Rudy Gobert as the favorite to win his third consecutive Defensive Player of the Year award at +165 odds. Gobert averaged the third-most blocks in the NBA last season as he made his defensive presence felt, as the Jazz were one of the best defensive teams last year. However, this could be the year we see a new player take over the throne of Defensive Player of the Year.

However, Joel Embiid is a player that can really challenge Gobert for this award if he stays healthy this season. Embiid finished fourth in Defensive Player of the Year voting last season while missing a handful of the 76ers games. If he stays healthy, he’ll be able to show how crucial he is to the 76ers defense.

Embiid is already one of the best centers in the league coming off a season where he averaged 27.5 points, 13.6 rebounds, and 3.7 assists. Adding a defensive player of the year trophy to his resume will further cement him as one of the most dominant big men we’ve seen since Shaquille O’Neal. This could be the year that we finally see Embiid put it all together on the court.

The NBA Championship race will be one of the most intriguing developments as the season progresses. With the Golden State Warriors dynasty slowly crumbling, the NBA Championship race is as wide open as it has ever been. The Los Angeles Lakers are the preseason favorites to win the franchise's 17th NBA title at +300 odds at USA online sportsbooks. With LeBron James and Anthony Davis leading the Lakers now, it’s hard to find a better duo in the NBA than these two.

The Lakers cross-town rival Los Angeles Clippers have the second shortest odds to win the NBA championship at +333. After adding star forwards Kawhi Leonard and Paul George this offseason, the Clippers look like a team poised to compete for an NBA championship this season.

However, it’s hard to envision any team from the East knocking off the Lakers or the Clippers in an NBA Finals matchup this season.

Sixth Man of the Year Award

The Sixth Man of the Year Award for the past two seasons has been awarded to Los Angeles Clippers guard Lou Williams (+170). With Kawhi Leonard and Paul George coming to the Clippers, this means a lot more scoring opportunities for Lou Williams. Teams will have to worry about stopping Leonard and George more than Williams. Brooklyn Nets guard Spencer Dinwiddie has the next shortest odds to win the Sixth Man Award at +550.