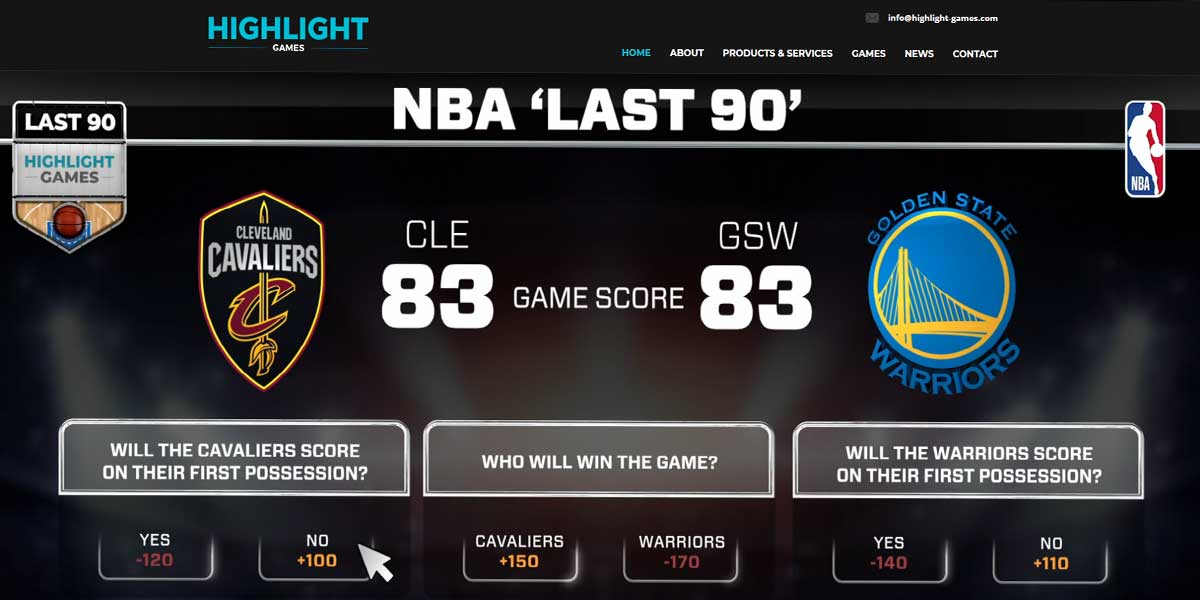 NEW YORK – The NBA announced on Wednesday that they will launch a virtual sports betting game.

Some Details Of The Upcoming Game

The NBA is partnering with Highlight Games Limited to bring the NBA Last 90 to life. The company will use the last few NBA seasons to generate the simulation. Then they will use a random number generator to determine the results of the virtual game.

"In Europe, we're especially excited about using virtual as another way to engage with our fans with alternative content. Especially given the time-zone challenges we have in the region," said Kaufman-Ross.

USAOnlineSportsbooks.com knows generating fan interest is always a priority for sports leagues. Although the NBA was originally against sports gambling, they are now diving right into it. The NBA will be the first big American sports league to create a virtual sports betting contest. NBA Last 90 will launch in the next NBA season for both American and European fans.