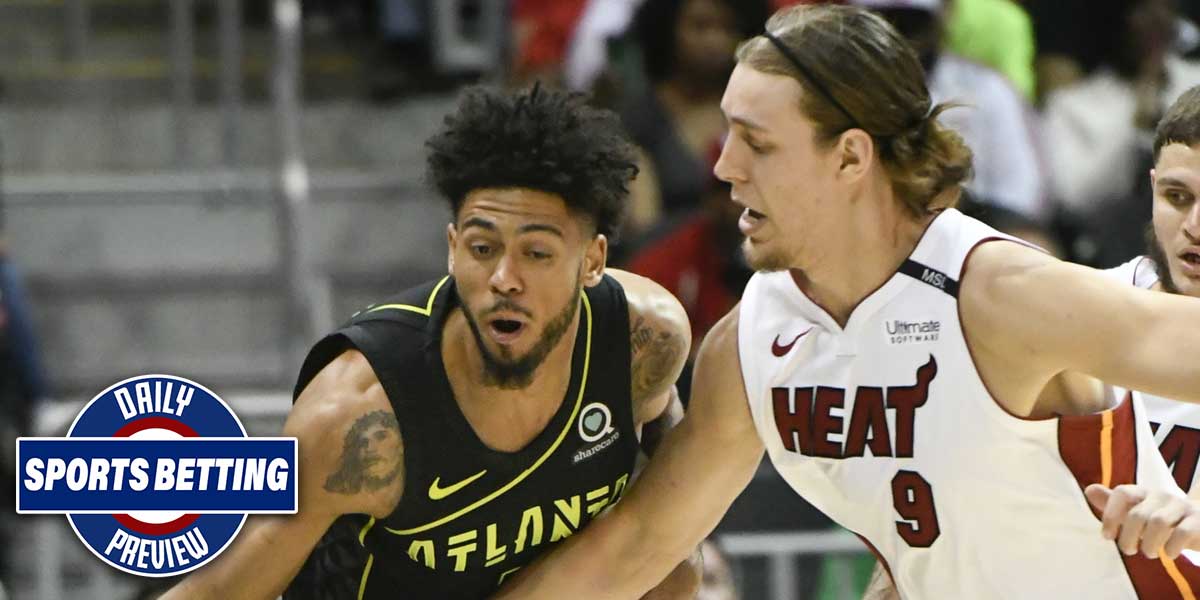 TALLAHASSEE, FLA. – With the World Series only potentially one game away from concluding, its time for bettors to start focusing on the NBA. The season is still early, but Tuesday brings three NBA games worth betting on, as two of the games could see underdogs taking the victory.

All of the road teams are underdogs in today’s contests. The first game is between the Atlanta Hawks and Miami Heat in Miami, which will begin at 7:35 p.m. EST on NBATV. An hour and a half later, the Dallas Mavericks will travel northwest to face the Denver Nuggets on FOX Sports Southwest or Altitude. To close the NBA nightly slate, the Memphis Grizzlies will face the LA Lakers in California at 10:35 p.m. EST on NBATV.

Jimmy Butler is back for the Heat, as they look to beat a divisional opponent. The Hawks are underdogs by over two possessions, but betting lines and odds can be different depending on which site you choose.

The over/under for the game is set at 223 (223.5 at SportsBetting). From comparing lines, it is easy to see that those looking to take the Hawks should do so at SportsBetting, where both the moneyline and spread are most in favor of the road team. For Heat bettors, MyBookie offers the best spread, while Bovada will be the cheapest moneyline option.

No matter which way a bettor decides, keep in mind that these teams have split the last 12, but Miami is 4-2 in the games that were played in South Florida.

These two western conference teams are off to great starts. The Nuggets are tied for first place with an undefeated record, and the Mavs are 2-1 after a two-point loss to the Portland Trail Blazers on Sunday.

The differences in betting options at US sportsbooks aren’t as extreme as the aforementioned Hawks/Heat game, but they still give bettors a few looks to choose from.

The over/under for the game is set at 213.5 (213 on MyBookie). While these numbers may not look too different, over time, they play a huge role. Taking a wager on Denver at SportsBetting is about 9% cheaper than that at MyBookie. Playing these advantages make gathering a profit at the end of the season that much easier.

Smart money is taking the Nuggets here, as they have won three in a row against the Mavericks and eight of the last 10. Looking at the total projected points, bettors should steer clear of this. Half of the last 10 games have finished with more than the current projection and only one of them was within two possessions of 213.5.

This indicates that pace will play a major role in this game and the total could be much higher or much lower than anticipated.

In a battle of one of the best teams versus one of the worst teams, the Lakers will welcome Ja Morant to the league for his first game at the Staples Center. The Lakers should have no issues taking care of the victory, but covering the spread could cause issues for the squad.

The over/under for the game is projected at 218 points (218.5 on Bovada). Despite the differences regarding the franchises’ legacies, the Grizzlies are generally able to hold their own against the Lakers.