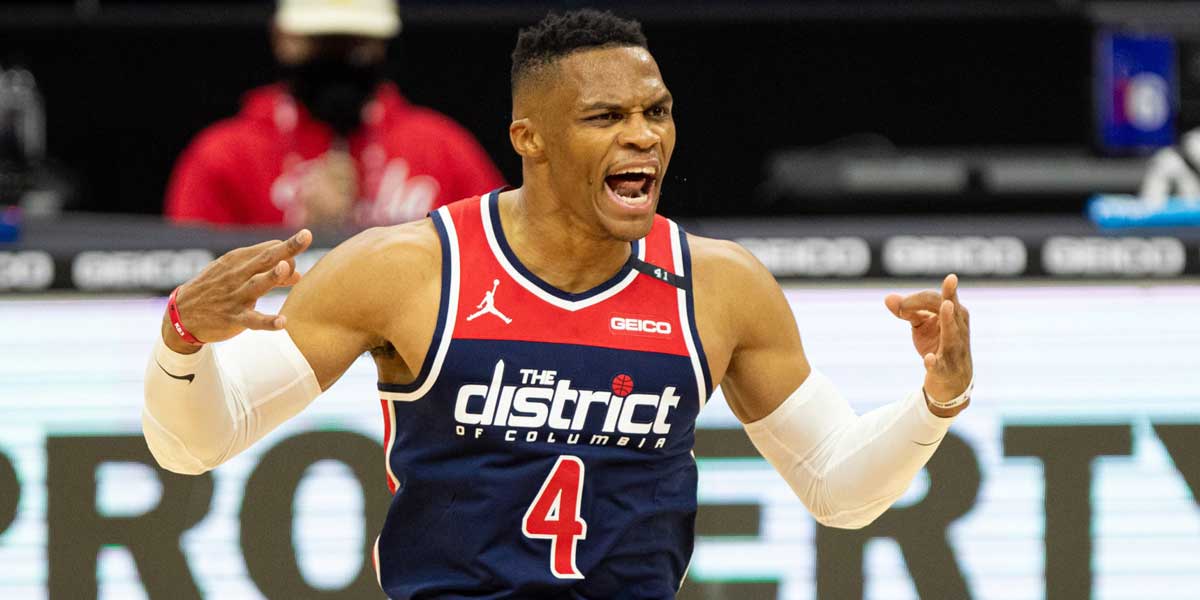 HOUSTON - The recent trade that shipped out James Harden from the Houston Rockets to the Brooklyn Nets might have been all the NBA needed to get the trade ball rolling. There have been plenty of different rumors for different players who could be traded this season.

Two other NBA players that have had trade rumors surrounding them are Russell Westbrook of the Washington Wizards and the Houston Rockets newest addition, Victor Oladipo. Online sportsbooks have taken note of these rumors and have odds on if and where they will be traded to next.

Will Russell Westbrook Be Traded Before The Trade Deadline?

Starting with whether or not Brodie will be traded, his NBA odds are heavily favoring him to not be traded before the deadline. It is no surprise that his odds favor him staying put in the nation’s capital being that this is just his first season with the Wizards.

However, things have not gone as planned for the Wizards as they have gone 3-8 through 11 games this season. Being that the Wizards do not have much to lose right now as they are headed for a steep rebuild, it would not be surprising for them to give up on Westbrook quickly.

As for where he might land, the New York Knicks are favored being that they have been linked to Westbrook in the past. This is one reasonable landing spot for him being that the Knicks have more than enough cap space to bring on his contract, however, they might not have enough assets to trade away for him. This should not discourage bettors to not bet on the Knicks though as they are the only team on the odds board that have tried to make a move on him before.

Oladipo On The Move Again?

Victor Oladipo was a piece in the four-team trade that sent James Harden to the Brooklyn Nets. When it came down to the Pacers and Oladipo parting ways, it was just a matter of time being that he made it clear he wanted to be traded out of Indiana. However, his preferred destination, the Miami Heat, was not his landing spot as he ended up with the Houston Rockets.

Will Oladipo Be With The Rockets Next Season?

The odds on Oladipo being with the Rockets next season could be the easiest money that any NBA bettors has ever made. Oladipo has made it very clear that he wants to be in Miami no matter what. If he is not traded to the Heat this season, he will likely relocate to South Beach during the offseason when he is a free agent as the Heat have about $30 million in cap space to sign him. That being said, bettors should be taking the favorite that he won't be in Houston next season at any cost as it will likely cash.

Feeding off of that, bettors can also bet on the Miami heat to end up with Oladipo one way or another. The Heat have shown interest in his services but likely would want to wait until free agency that way they are able to keep what they have on their current roster. If they were to trade with Houston though, they likely would not offer much as they are confident that they will be able to bring him in during the free agency period.

However, bettors should keep one of the longshot teams on the backburner though as Miami has also been linked to Westbrook’s teammate, Bradley Beal. If Miami were to secure Beal from Washington, there would be no need for Oladipo in Miami.